Its been a busy few weeks for Vice President Joseph Biden.

On September 16th, Mr. Biden used the term “Shylock” to refer to banks and other loan agencies. Not surprisingly, this remark did not sit well with many Jewish organizations or individuals. A few days later, the Vice President apologized for what he referred to as a “poor choice of words.”

Last week at a speech at Harvard University, Mr. Biden, referring to the United Arab Emirates, stated “They poured hundreds of millions of dollars and tens of thousands of weapons into anyone who would fight against Assad, except that the people who were being supplied were [Jabhat] al-Nusra and al-Qaeda.” He also implied that foreign fighters had gotten into Syria through insufficiently protected Turkish borders. These statements were a candid expression of the Obama administration’s frustration with key regional allies, but most senior administration officials would not have stated it as plainly as the Vice President did. Predictably, within a few days Mr. Biden had to apologize to officials in the UAE and Turkey for his comments.

Biden made those remarks at a speech at Harvard University, where he also scolded former Defense Secretary and director of the CIA Leon Panetta for joining the ranks for former Obama administration officials who have written books critical of the president whom they had previously served. Mr. Biden referred to these books as “inappropriate.”

And buried in Biden’s staunch defense of President Obama was a line that beautifully and concisely sums up the foibles of American foreign policy in Iraq, Afghanistan and elsewhere: “We Americans think in every country in transition there’s a Thomas Jefferson hiding behind some rock, or a James Madison beyond one sand dune.”

Mr. Biden’s characterization of the U.S. view of the world was a not very veiled attack at the neoconservatives who were so influential in the previous administration, but it was also a criticism of fellow Democratic Party foreign policy heavyweights Mr. Panetta and former Secretary of State Hillary Clinton, who faulted President Obama for not pursuing a sufficiently pro-active foreign policy. It also — perhaps in a moment of frustration, anger or simply loyalty to President Obama — revealed an insight into what Mr. Biden has seen in his decades working on foreign policy.

The remark is also a wonderful summary of the gestalt of how the American foreign policy establishment, and even the U.S. in general, views the rest of the world, and itself. In this line, Mr. Biden has captured the naiveté, but also the optimism, that has long characterized American foreign policy. The U.S. has, of course, spent too much time looking behind just one more rock or sand dune and believing that the latest political hack, or ambitious military leader to rise to the top is Afghanistan’s Jefferson, Iraq’s Madison or Pakistan’s George Washington.

Mr. Biden’s remark also reveals the arrogance of American foreign policy. By always looking for the next Jefferson or Madison we refuse to recognize that other countries may have other models or paths to follow, and that the American experience is not universal — a belief that may spring from good intentions and a generosity of spirit, but also reflects an unwillingness to accept real differences between people and countries. It is the political equivalent of believing that everybody everywhere can speak English if you just speak it loudly and slowly enough. 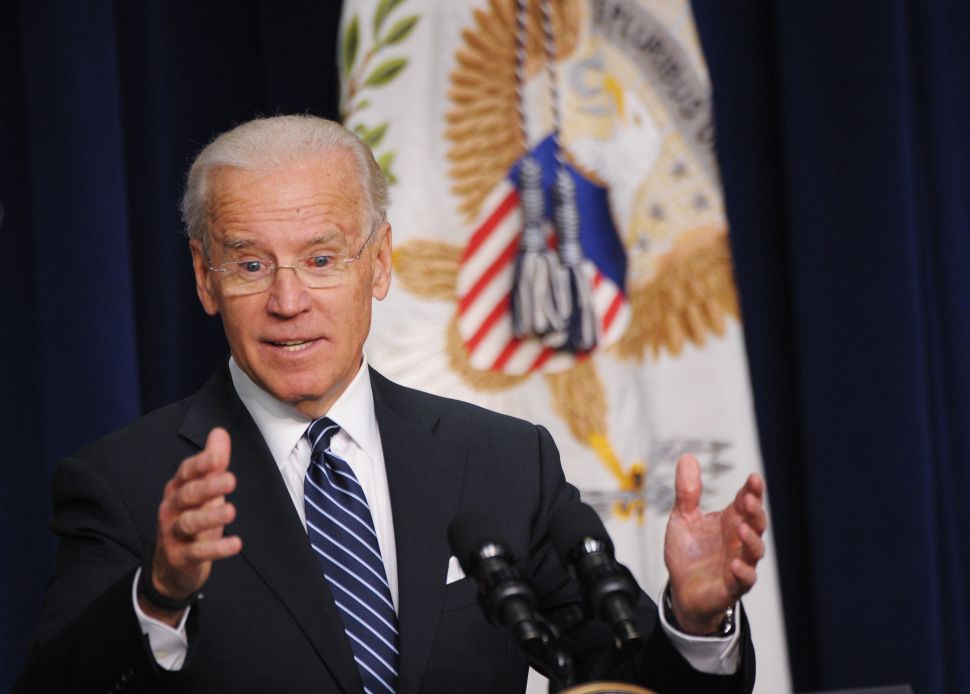