For more Easter Egg hunts, check out our scan of The Flash pilot, or our weekly Gotham reference guides.

On the surface, NBC’s Constantine definitely looks like a faithful adaption of the Vertigo series that ran for almost three decades. Matt Ryan fits the bill of the title character to a tee, or if you’re real nitpicky you have to admit he’s a far better choice that Keanu Reeves. And he looks like the John Constantine we all know and love — his ties all askew, his trench coat is suitably rumpled, hair delightfully disheveled. But once you get past the surface you realize this isn’t really the Constantine from the comics, and maybe this adaptation wasn’t that good of an idea in the first place. The show I just watched, if it continues down the same path with no change, will be popular, but probably more with fans of shows like Grimm or Supernatural, shows where there’s a lot of things that should by definition be scary, but are mostly just vanquished by someone with a solid jawline. And that’s okay! For some people. But for those who know what Constantine could be, it may feel like a watered down version of stories that have been told better, darker and with less emphasis on what’s happening to a character and more on the character themselves. Also, and this must be said, stories that didn’t have broadcast network standards on whether a character can smoke cigarettes, say curse words, or have sex with whomever he pleases.

BUT, this isn’t to say there isn’t any promise here. Like I already said, kudos to Matt Ryan for basically carrying a large load of the pilot on his constantly snarky shoulders. If Michael Dawson from Lost wants to continue swooping in from time to time with giant angel wings, that’s probably something I’ll keep watching. And despite all its misses in this category, there were some genuinely creepy moments. That whole demon’s eye on the laptop screen thing? That was good, Constantine. Keep doing that. And finally — thank you THANK YOU Constantine for providing backstory with context conversations and brief flashbacks. I need another full origin story like Bruce Wayne’s parents need another hole in the chest.

On top of all that, let’s take a look at the real reason like 95% of people even tune into these comic book shows — those sweet, blink-and-you’ll miss Easter Eggs. 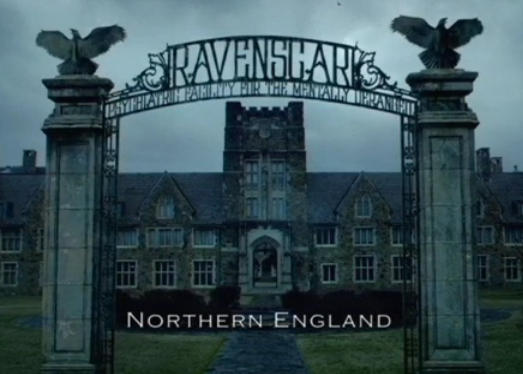 After the whole Newcastle incident, where John accidentally damns a young girl’s soul to hell (#oopsies), he resigns himself to Ravenscar mental institution for a few years. The show looks to be factoring in the Newcastle storyline as a big part of its adaption, and with it comes good old Ravenscar, here apparently upgraded to a Psychiatric Facility For The Mentally Deranged. Good for you, Ravenscar. However, in the show John checks out after a mere six months, under his own volition. In the comics, things go much more like this. 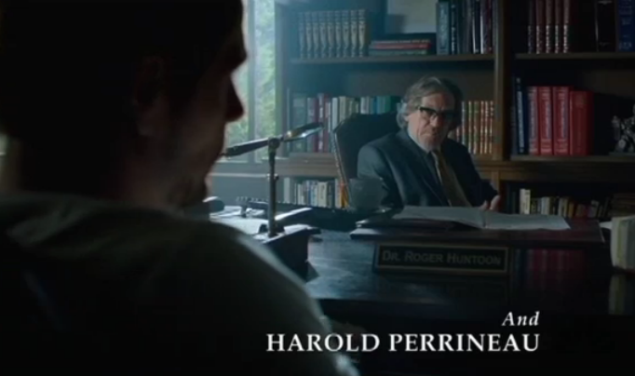 For Easter Egg #2, we have actor and TV personality Harold Perrineau! Did I mention he was on Lost?! Just kidding. The actual Easter Egg is the guy behind the desk and his pretty much impossible to read nameplate on said desk. That’s Dr. Roger Huntoon, who in addition to working at Ravenscar also at one point served as Chief Administrator of the much-easier-to-break-out-of-mental-institution Arkham Asylum. He actually went to school in England with John Constantine, where John called him “Piggy” and stole Roger’s girlfriend Diane. John is a dick. Roger would later go on to write the book, Pow! Psychology: Understanding the Super-Men (and Women), and get back at his old schoolmate John with a shit ton of electric shock therapy.

On the show, Roger mostly just sits at that there desk, so there’s that. 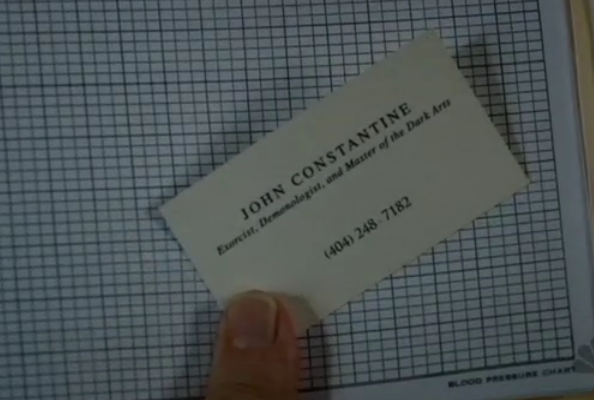 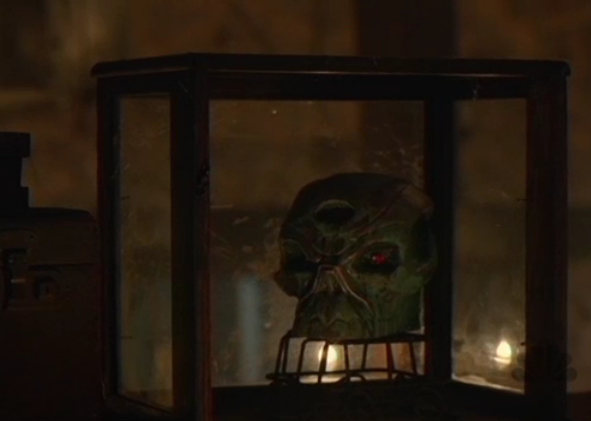 Despite Constantine executive producer and writer Daniel Cerone telling me there would be no Swamp Thing on the show, that head in Jasper Aberdine’s secret lair looks a WHOLE LOT like Swamp Thing. Here’s a picture of Swamp Thing if you don’t know, and here’s an actual Swamp Thing head statue to compare to the one up there. John Constantine, of course, first appeared in Alan Moore’s Swamp Thing #37. 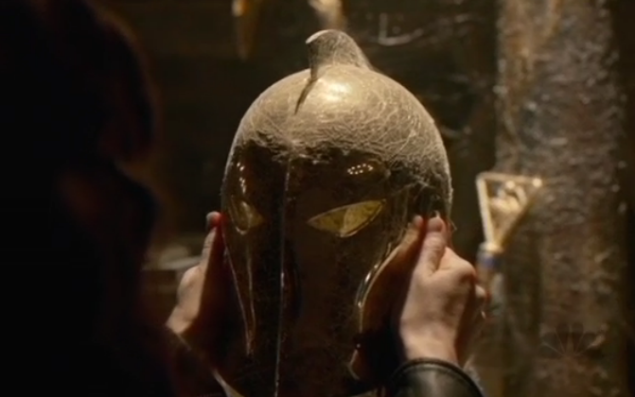 So this isn’t really an Easter Egg, because the show is basically like LOOK AT THIS HELMET, but is important. That right there is the Helmet of Fate, usually worn by Doctor Fate, who in turn is like twenty different dudes. The helmet itself is imbibed with the soul of Nabu, the god if wisdom, so whoever put the helmet on basically gets a pretty sweet deal. Comics logic, amiright? The character itself dates alllllll the way back to 1940, in More Fun Comics, which is a name for a comic book that could only exist in 1940.

Even more interesting (and far more blurry) is the stick with a bird on it behind the helmet. That is the Ibis stick, an ancient Egyptian artifact that gives the user the power to do anything they can conceive. It was mostly relevant in Shazam stories, a character that starting in 2019 will be busy having The Rock punch him in the face. The Ibis-stick first appeared in 1940’s Whiz Comics, which is a name for a comic book that could only exist…well you know. 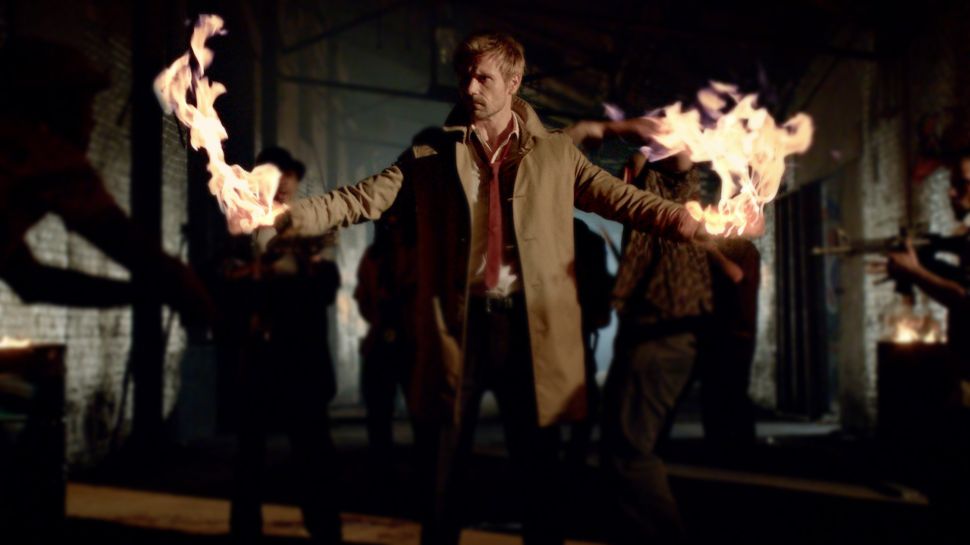