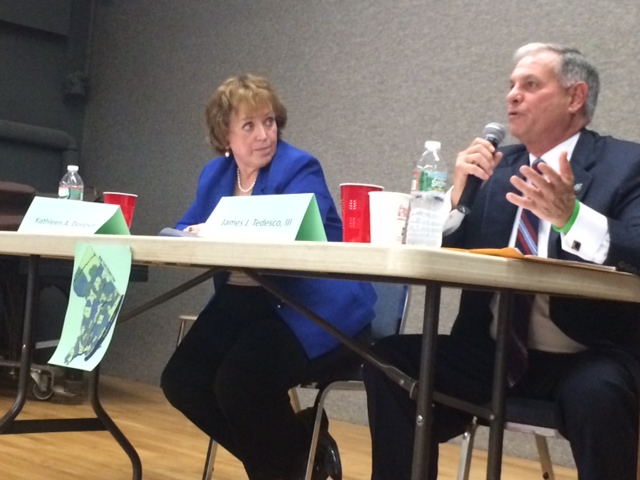 Donovan and Tedesco at their last debate.

In the premiere match-up of the cycle, incumbent Republican Bergen County Executive Kathleen Donovan raised $162,922 for her individual campaign account in the last quarter and has $55,438 cash on hand, according to the state Election Law Enforcement Commission (ELEC).

Donovan’s rival Democratic Bergen County Freeholder James Tedesco raised $205,225 for his individual campaign account and has a closing balance of $23,607.