The electronic blow job machine that completed a wildly successful Indiegogo campaign last June is apparently in such high global demand, the company has had to open facilities overseas.

The Autoblow 2 has opened distribution headquarters in London to better provide robo-blow jobs to the men of the UK and Europe, a press release said.

The sex toy has always been available to overseas customers, but its creator, Brian Sloan, hopes the new headquarters will help ease the struggles associated with international shipping.

“Now that we keep stock in the UK, we can ship anywhere in Europe within a matter of days,”  Mr. Sloan said in the release. “Most importantly, our customers won’t face any embarrassing situations or have to pay any additional tax.”

The embarrassing situations in question?

To go with the new headquarters, the Autoblow 2 also launched a UK version of its website.

“By the end of this year, we’ll launch websites on most countries’ TLDs [top-level domains] across Europe in the languages of the individual countries,” Mr. Sloan told Betabeat in an email.

Mr. Sloan said he wasn’t surprised that the Autoblow 2 had gained international popularity.

“The popularity of the product is the result of a lot of work over the past years of my team to develop ecommerce infrastructure, an understanding of the niche, Internet marketing skills, plus the actual physical product,” he told Betabeat. “It’s like if you studied gardening for a few years and planted a garden around your home and it sprouted or bloomed or whatever and looked great, you wouldn’t feel surprised, you’d feel as I do — happy you did everything properly to generate the desired result.” 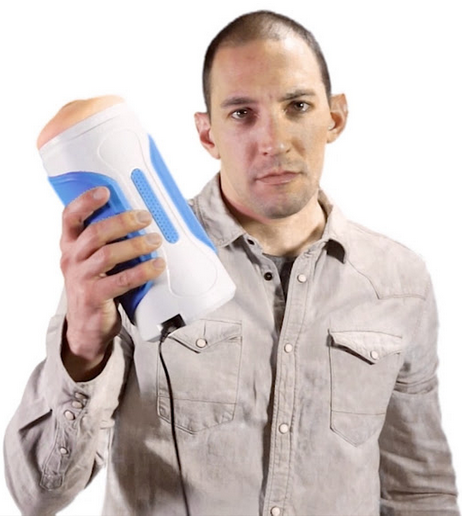