Update: We’ve written a guide to Ello’s new charter, and exactly what a “public benefit corporation” is.

Since the explosive popularity of Ello, the virtuous “Anti-Facebook” social network, they’ve taken in over one million new users, with three million more on the waiting list. The Ello team has spent the past month racing to finish their beta testing phase even as thousands of new requests to join come in every hour. Now, they finally have a little support.

Only a month after they became one of the fastest growing social networks in history, Ello has closed a Series A round of venture capital funding to the tune of $5.5 million dollars. Considering Ello’s sudden explosion, the investment will give them the cash they need to hire more developers and keep racing toward finishing their private beta.

When it was first discovered that Ello had taken VC money, various former fans and members of the media were uproarious. Ello was a social network with a manifesto — how could they possibly maintain their do-good agenda if they eventually had to toe the bottom line?

Last time this was a concern, all Ello could do was make promises. This time, they signed legally binding documents that said they will never sell user data and never run advertisements.

In America, a for-profit business is obligated to act in the interest of revenue at all times. If a company uses its resources in a way that doesn’t protect its bottom line directly, like donating to charity without some sort of marketing campaign attached, the founders can actually be sued by their stakeholders.

The Ello team has found a way to escape those pressures once and for all. After aggressively searching for the right legal framework, the founders registered Ello in the state of Delaware as a public benefit corporation (PBC), of which there are only about 1,140 in the entire country.

To register, the founders and investors drew up a legally binding charter that says that the company can never run ads, never sell user data, and never be acquired by a company who would make them do either of those two things. In the charter, the founders write:

Ello’s explosive growth over the last few months proves that there is a hunger to connect with friends and see beautiful things — without being manipulated by ad salesmen, boosted posts, and computer algorithms that don’t always have our best interests at heart. On an ad-driven social network, the advertiser is the customer and you’re the product that’s bought and sold.

“A PBC is obligated to consider the mission based,” Ello founder Paul Budnitz told Betabeat. “We really cannot be forced by our investors to break the basic principles.”

Behavioral economists call this a “commitment device,” and it’s similar to the benefit-corp status that allows Warby Parker the freedom to pursue philanthropic work.

But ultimately, the move is meant to silence any more skepticism around Ello’s mission and manifesto. The founders have been called naive, or even bad businessmen, for thinking that they could take VC money without ad revenue or big data sales models. Now, they’ve effectively shackled themselves to their principles.

“Ello is a business, and we’re here to prove that the internet doesn’t have to be one big billboard, Mr. Budnitz said. “There’s a better business model, and by becoming a PBC, we’re hoping that other people are inspired to follow our example.”

Since Ello earned the rapt attention of the tech world, Mr. Budnitz’s email inbox has seen queries from just about every major Silicon Valley VC. Every successful founder says that the matchmaking process with a VC is more important to them than the money itself, but Ello is a weird company — the founders aren’t techies, the business model is unproven for a social network, and they have very little interest in publicity.

“We needed people who would be philosophically aligned with us,” Ello cofounder Todd Berger told Betabeat.

Eventually, Mr. Budnitz found that in Foundry Group, a VC firm based in Colorado that has invested in Techstars, Zynga, Fitbit and About.me. Foundry’s Seth Levine had known Mr. Budnitz for years, and had considered backing previous Budnitz endeavors.

“If people don’t believe that, I don’t care,” Mr. Levine told Betabeat. “There’s nothing I’m going to do to convince people who think VCs are evil that I’m not evil.”

Foundry led the Series A round, which included TechStars CEO David Cohen and FreshTracks Capital, the lefty Vermont-based VC firm that went in on Ello’s notorious seed round. It’s a Boulder/Burlington combination that mirrors the makeup of Ello’s 7 founders, who are split between Colorado and Vermont.

If it seems like a Series A is a little soon, considering Ello has only been in the spotlight for a month or so, that’s exactly the point. Ello has had to grow unexpectedly from seven original founders to over a dozen people, including designers, coders and community managers, who are full-time Ello employees. They’re going to need quite a few more to run a social network of millions.

“The $5.5 million is almost all for development,” Mr Budnitz said. “Ello’s very simple to run, because we already know where we’re going.”

The Ello team never expected their sudden popularity last month. Spurred on by users fleeing Facebook’s real name policy, Ello grew much faster than anyone was prepared for. In response, they’ve crunched their 10-week schedule for rolling out new features in the past three, and are trying to open up Ello to the wide world by the end of the year.

In the meantime, they’ve been building new privacy features, shoring up the servers to handle the new traffic, and promising that no, they do not intend on selling out on their ideals.

So what’s Ello’s business model if not ads or offload user data to marketers? The idea is to run it as a freemium service — free to use, but with little cosmetic extras like multi-account login or layouts that cost a dollar here or there. Luckily for the Ello team, one of Foundry Group’s big portfolio IPOs was Zynga, a major gaming company whose business rests on in-app purchases.

“We’ll either build a business with Ello that doesn’t rely on selling data and advertisers, or we’ll fail,” Mr. Levine said.

As for the long term financial plan, Ello has said before that there is no exit strategy, and everyone we spoke to insisted that not only was there still no strategy, but that in all of the meetings between founder and investors, the talk of selling out or going public has never come up.

“We don’t go into investments thinking about how to get out of those investments,” Mr. Levine said. “I don’t even know that they need to ever exit.” 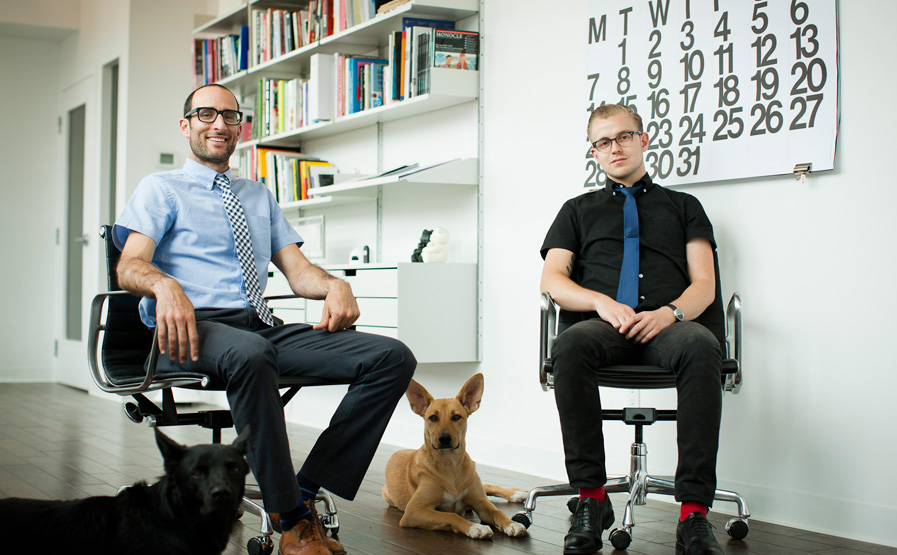