The family of Eric Garner has filed a $75 million claim against the NYPD and the city of New York.

Garner died in July when police in Staten Island placed him in an apparent chokehold while trying to arrest him for allegedly selling untaxed, loose cigarettes. The claim names the city, the NYPD, and several police officers involved in the arrest in alleging wrongful death, pre-death pain and suffering, assault, battery, negligent training, civil rights violations and a slew of other claims surrounding Garner’s death, which was caught on video and heavily publicized.

The claim was filed by the law offices of Rubenstein and Rynecki — headed up Sanford Rubenstein, the attorney for the Garner family who is now being investigated for allegations of raping a woman after the birthday party of Rev. Al Sharpton, another major figure in the Garner case. It was filed on behalf of Gwen Carr, Garner’s mother and the administrator of his estate, and Esaw Snipes, Mr. Garner’s wife.

The claim was received by the city on October 6, according to a stamp affixed to a redacted copy of the document.

“The Office of Comptroller Scott M. Stringer confirms receipt of the notice of claim on behalf of Eric Garner.  This claim is now under review,” Mr. Stringer’s office said Tuesday.

Garner’s death is being investigated by the Staten Island District Attorney, Daniel Donovan, and a special grand jury reportedly convened last week to consider bringing charges against any of the officers involved, including Daniel Pantaleo, the office seen on video placing his arm around Garner’s neck and bringing him to the ground. Mr. Pantaleo is one of several police officers named in the claim filed against the city.

The death led to renewed discussion of the relationship between the NYPD and communities of color, with Mr. Sharpton rallying behind the Garner family and holding a massive demonstration on Staten Island in August, as well as criticism of Police Commissioner Bill Bratton’s broken windows theory, which focuses on making arrests for quality of life crimes like selling untaxed cigarettes.

In a statement, Mr. Sharpton said the notice of claim was filed now so the Garner family could “protect their right to a lawsuit before the time to file expired,” and said the family had not made a final determination on whether to keep Mr. Rubenstein as their attorney, given the rape allegations.

“It in no way reflects their decision or the decision of National Action Network or other supporters determination of the legal counsel that will represent the family going forward, in light of the issues around Sanford Rubenstein,” Mr. Sharpton said. “We will make this announcement with the family on Saturday at NAN’s weekly Saturday action rally. Being that the allegations against Mr. Rubenstein just surfaced on Sunday and Monday, it is clear whatever we would have decided to do could not have been decided or changed by yesterday (the deadline date.) We must protect the family’s rights. No one should read anything else into it.”

See a copy of the notice of claim below: 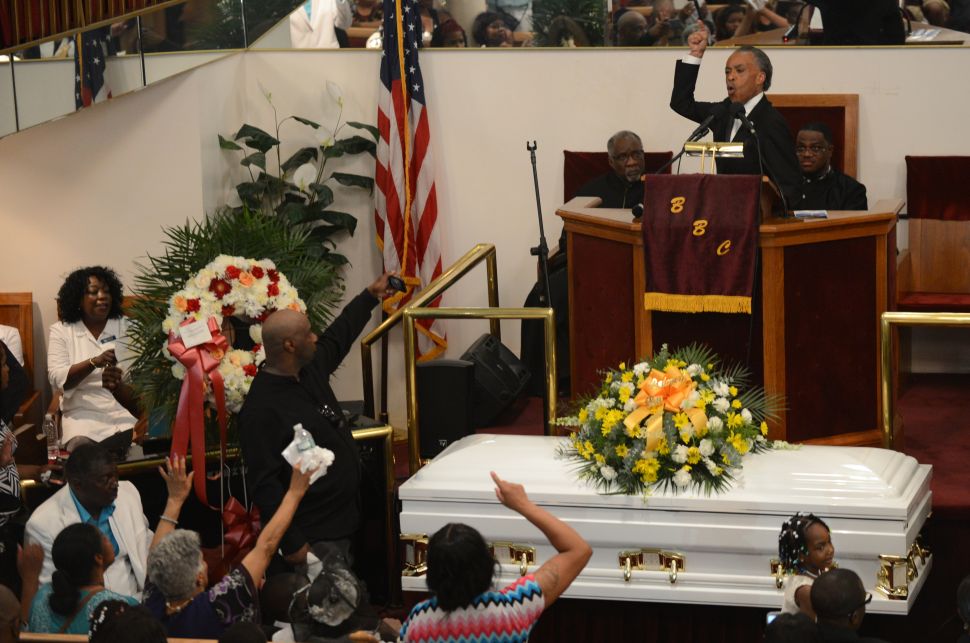