The Internet of Things (IoT) holds the utopian promise of connecting all of our cars, home appliances, vital organs and marijuana inhalers into an Internet-fueled web of quantified everything. It also paves the way for a whole new kind of horrific crime.

Europol, the European Union’s criminal intelligence agency, has released their annual Internet Organised Crime Threat Assessment, a report on the many terrifying ways the world is at risk from cybercrime. They warn that the more our homes and bodies are hooked up to the Internet, the more vulnerable we are to life-threatening attacks from hackers:

With more objects being connected to the Internet and the creation of new types of critical infrastructure, we can expect to see (more) targeted attacks on existing and emerging infrastructures, including new forms of blackmailing and extortion schemes (e.g. ransomware for smart cars or smart homes), data theft, physical injury and possible death, and new types of botnets.

The footnote in the report on the word “death” refers to another report by American security firm IID, who in their own apocalyptic scenarios envision hackers remotely burning down your home, infiltrating the power grid and exploiting military weapons systems. Their prediction, made in December 2013, is that the first cyber murder will be committed by the end of 2014 — though the clock is ticking on that projection.

The IID report also predicted that by the end of 2014, Near Field Communication devices like the ones powering Apple Pay will be riddled with security holes and that hackers will do billions of dollars in damage by infiltrating our utility infrastructure, both of which have not happened. By the end of 2015, they predicted that Bitcoin and Tor would become crime-ridden and collapse, and that hackers will be wreaking IoT mayhem across the globe. Not likely.

But just because some predictions are fanciful or ridiculous doesn’t mean there isn’t a real threat. When home appliances and health gadgets like pacemakers become connected objects, hacking them with malicious intent could cause someone personal harm, and a study by HP found that about 70 percent of IoT devices are susceptible to cybersecurity vulnerabilities.

The most troubling part of the Europol report is their recommended responses to the impending threat: better digital forensics and better policy. In other words, our best hope is that politicians will act fast enough to protect us (it’s more likely that hackers will grow wings and shoot lasers from their eyes first), or that police will at least get really good at figuring out who committed a cyber murder after it’s already been committed. 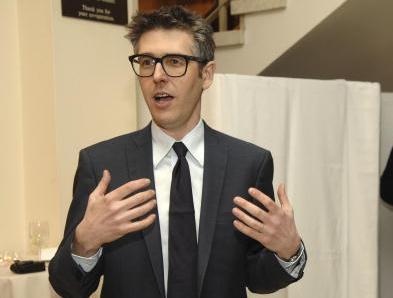