“FX will not be moving forward with a third season of The Bridge,”John Solberg, FX’s Executive Vice President of Communications, wrote today in an email. The Peabody Award-winning adaptation of the Scandinavian crime series Bron/Broen had its season two finale earlier this month, going off the air and leaving its fans uncertain about it’s future. The show premiered in 2013, and depicted Mexican and American cops working together on both sides of the Texas-Chihuahua border, trying to catch a serial killer. (Well, that’s how it started, at least.)

“Ultimately, this decision was based on the ratings,” Mr. Solberg told tvDownload over the phone. “If you look at the numbers between season one and season two, (it) dropped 42 percent.” (This was actually the drop from the season two premiere and its second episode.) “From a qualitative standpoint, we couldn’t be any prouder, but the numbers just didn’t reflect,” said Mr. Solberg, pointing to Terriers, another FX show, for another example of a critically acclaimed drama that didn’t catch on in the ratings.

When asked if The Bridge‘s collapse meant dark tidings for the future of TV adaptations, Mr. Solberg told tvDownload that “it was no cause for alarm.”

“Creatively we’re very proud of what we done,” Mr. Solberg said. “But this came down to the numbers, and they just weren’t there.” 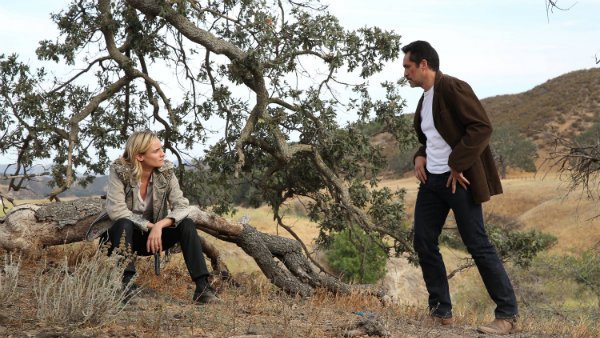