For weeks, the LGBTQ community has been fighting Facebook over its stringent policy that says users have to identify publicly by their “real names,” a conflict which reached a boiling point when hundreds of thousands of people fled en masse for Ello, a network that isn’t even in open beta yet. Yesterday, Facebook finally responded in a way that repaired its public image without actually changing a damn thing.

In a public post, Facebook CPO Chris Cox issued an apology to the drag performers and LGBTQ community who, in the “two weeks since the real-name policy issues surfaced” (it’s been three) have been fighting loudly under the banner of #MyNameIs to get Facebook to reconsider their policy.

The real name policy keeps Facebook nice and clean, making sure that Facebook users have verifiable identifies which ensures reliable user data for ad sale purposes. Nevertheless, Facebook says its primary purpose is to prevent trolls and spammers, and claims it’s only just now run into its first snag.

“We’ve had this policy for over 10 years, and until recently it’s done a good job of creating a safe community without inadvertently harming groups like what happened here.”

Long before drag performers were targets of the policy, political dissidents and activists had to organize on Facebook under the constant threat that their networks would unravel if their anonymous accounts were deleted, a problem Facebook has known about for years. Then Mr. Cox claims that we all just misunderstand Facebook’s intentions, and that its error was an accidental deviation form the “spirit” of their policy.

Jillian York, a director at the Electronic Frontier Foundation, pointed out in the comments and on her blog that this has notably not been the “spirit” of their policy. Facebook’s previous language on acceptable names included the following:

The name you use should be your real name as it would be listed on your credit card, driver’s license or student ID.

The updated language isn’t much better:

The name you use should be your authentic identity; as your friends call you in real life and as our acceptable identification forms would show.

Those two clauses — “as your friends call you” and their “acceptable identification forms” — are totally at odds. One look at Facebook’s acceptable identification forms shows a series of documents with nearly governmental levels of legitimacy. It’s unlikely that a performer’s stage name would appear on even the most lenient of these forms, such as a bus card or utility bill.

Finally, the issue with Facebook’s apology overall is that it’s an appeal to a specific group of drag performers whose broad platforms were interrupted. Not once does Mr. Cox say that Facebook is reconsidering its real name policy as a whole, or helping protect the anonymity of people using Facebook under the protection of alias names. The closest indicator that there will be change is when Mr. Cox says they are “already underway building better tools for authenticating,” which in no way indicates that their policies will meaningfully change. Facebook is just going to be careful in the future of ruffling the feathers of anyone with a fanbase.

Facebook got its public mea culpa and photo opportunity, and now that the #MyNameIs movement’s most vocal minority is silenced, Facebook can go back to business as usual. 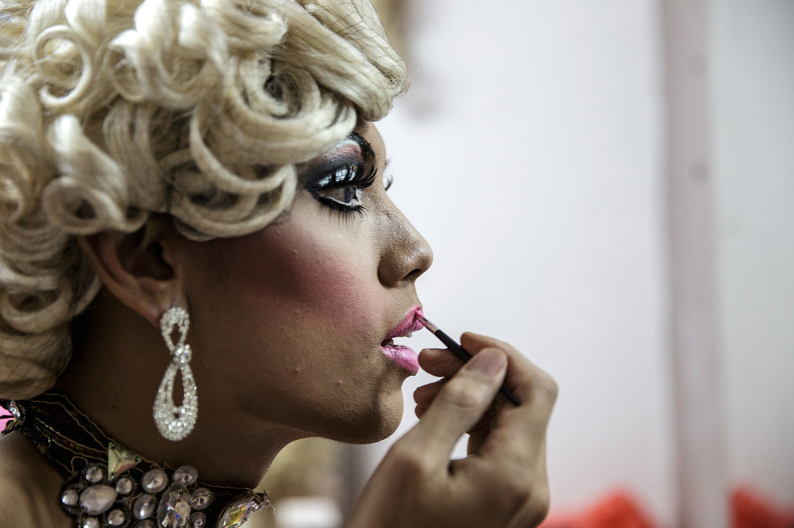