At the Louvre in Paris, you can’t get closer than a few feet from the roped-off Mona Lisa in all her bulletproof-glass glory—and that’s after you’ve fought off the elbows of the selfie-snapping crowd and waited, appropriately, for your own brief rotation up front.

In Greenwich Village, however, New Yorkers can now go ahead and sip a cappuccino right beneath the famed portrait. Think Coffee at 248 Mercer Street has got its hands on an excellent fake of the iconic piece. And, while not the real deal, it’s still selling for a whopping $25,000, according to Bedford + Bowery.

Turns out, the artist behind the forgery has a famed reputation all of his own. Mark Landis, notorious art forger, created the faux Mona Lisa–or “Fauxna Lisa” as it’s being called–in just 90 minutes, according to a press release. The prized imitation is preceded by Mr. Landis’ impressive resume of forged artworks, handed off to a litany of more than 40 unsuspecting museums that include, among others, The Smithsonian Portrait Gallery—an epic that is highlighted in the documentary Art and Craft, which premiered earlier this year at the Tribeca Film Festival.

Mr. Landis’ counterfeiting was exposed in 2010 but he was never arrested; the phony works had all been donated instead of sold to the involved institutions. In fact, proceeds from Think Coffee’s Mona Lisa copy will go to the Lauren Rogers Museum, a museum located in Mr. Landis’ hometown of Laurel, Mississippi and a previous victim of his first-rate forgery. 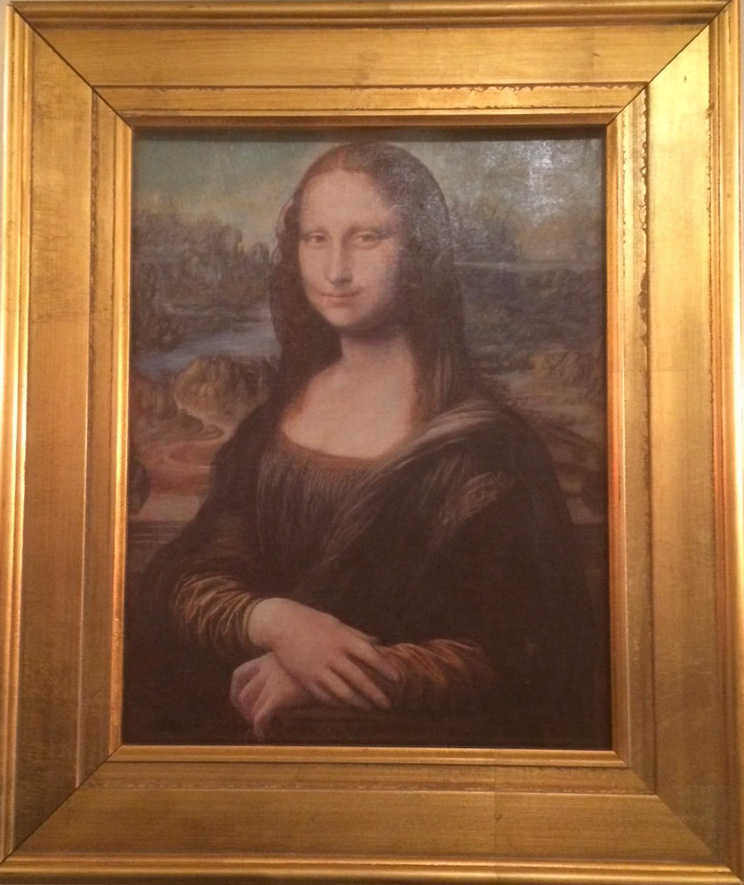