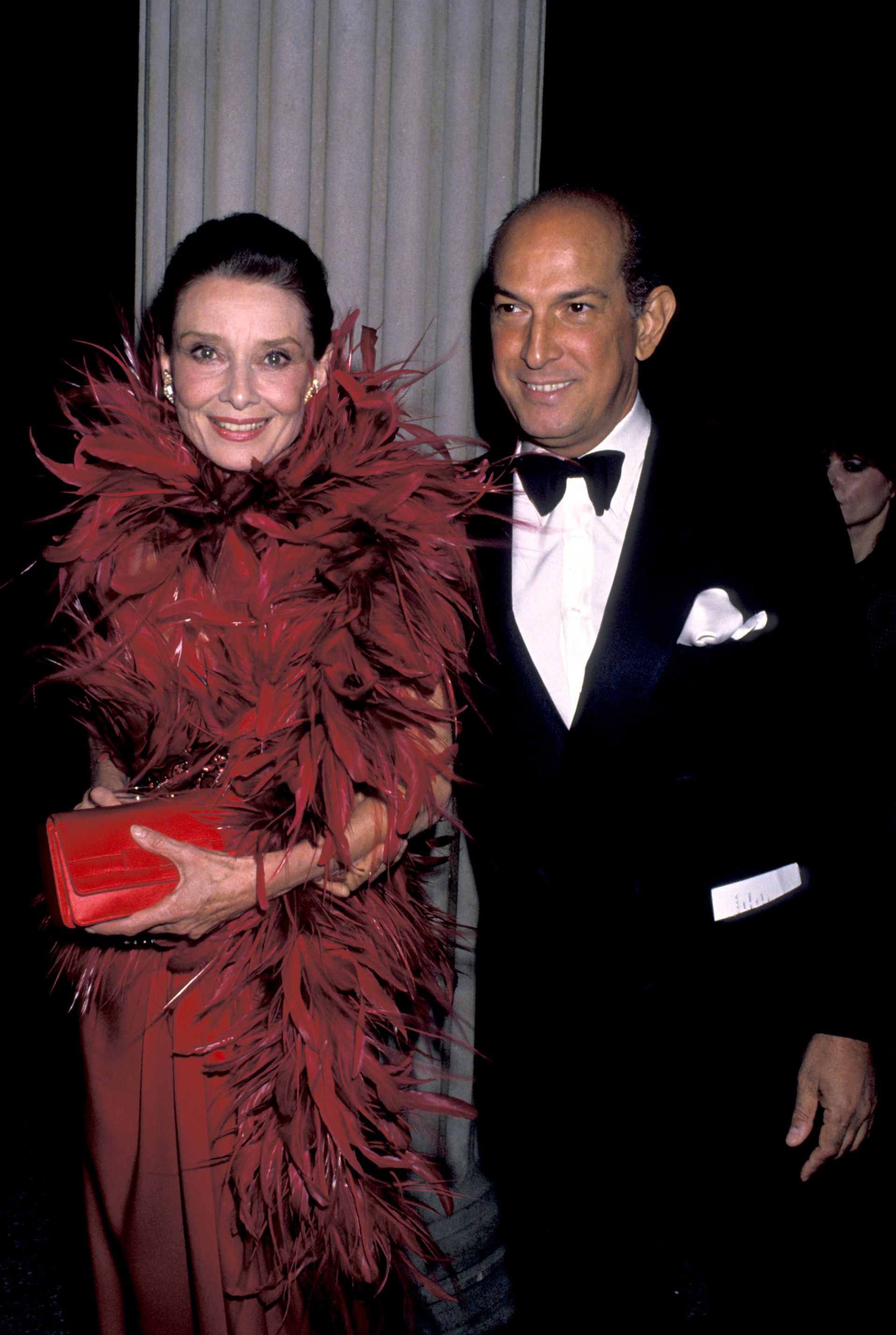 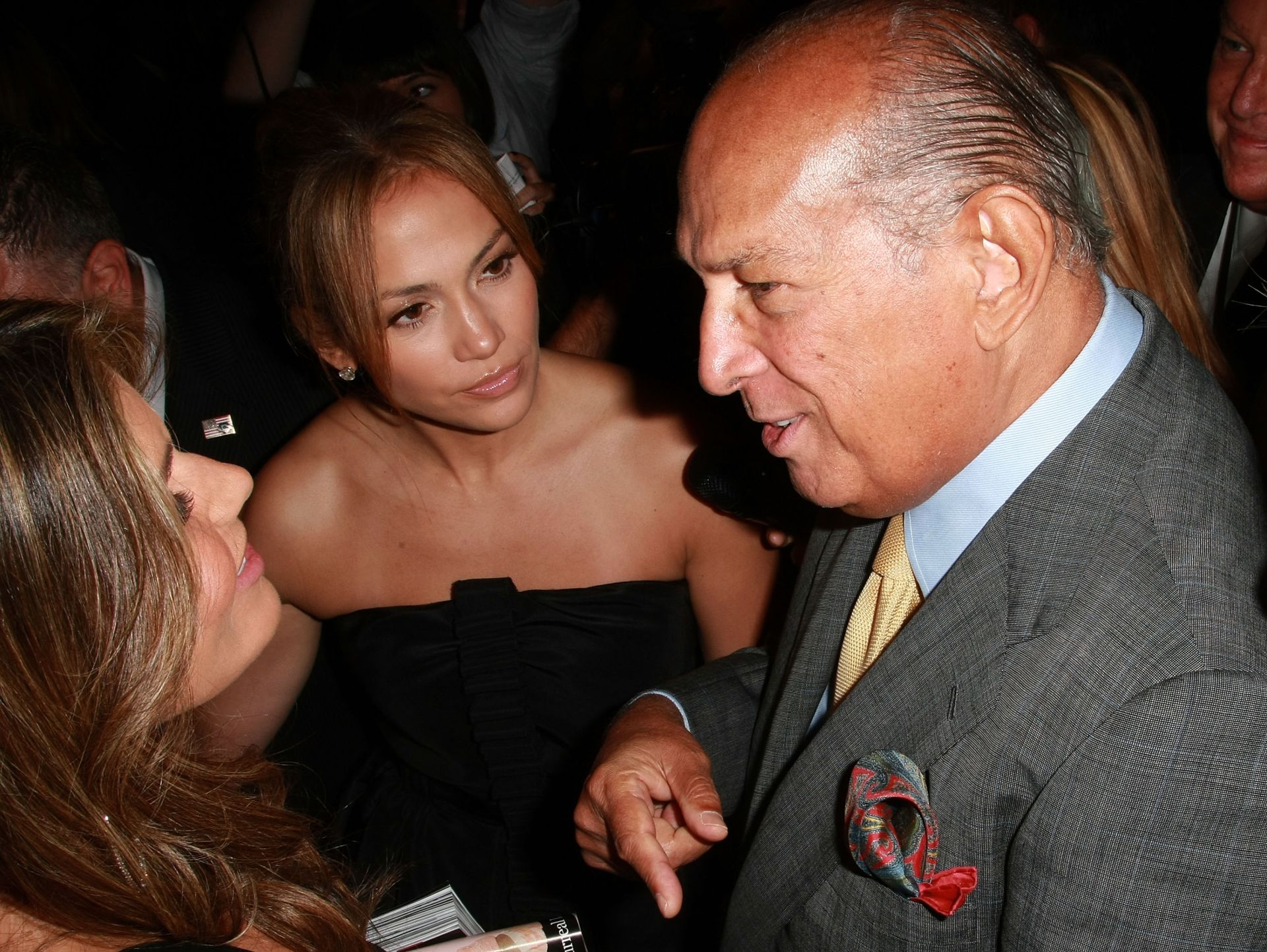 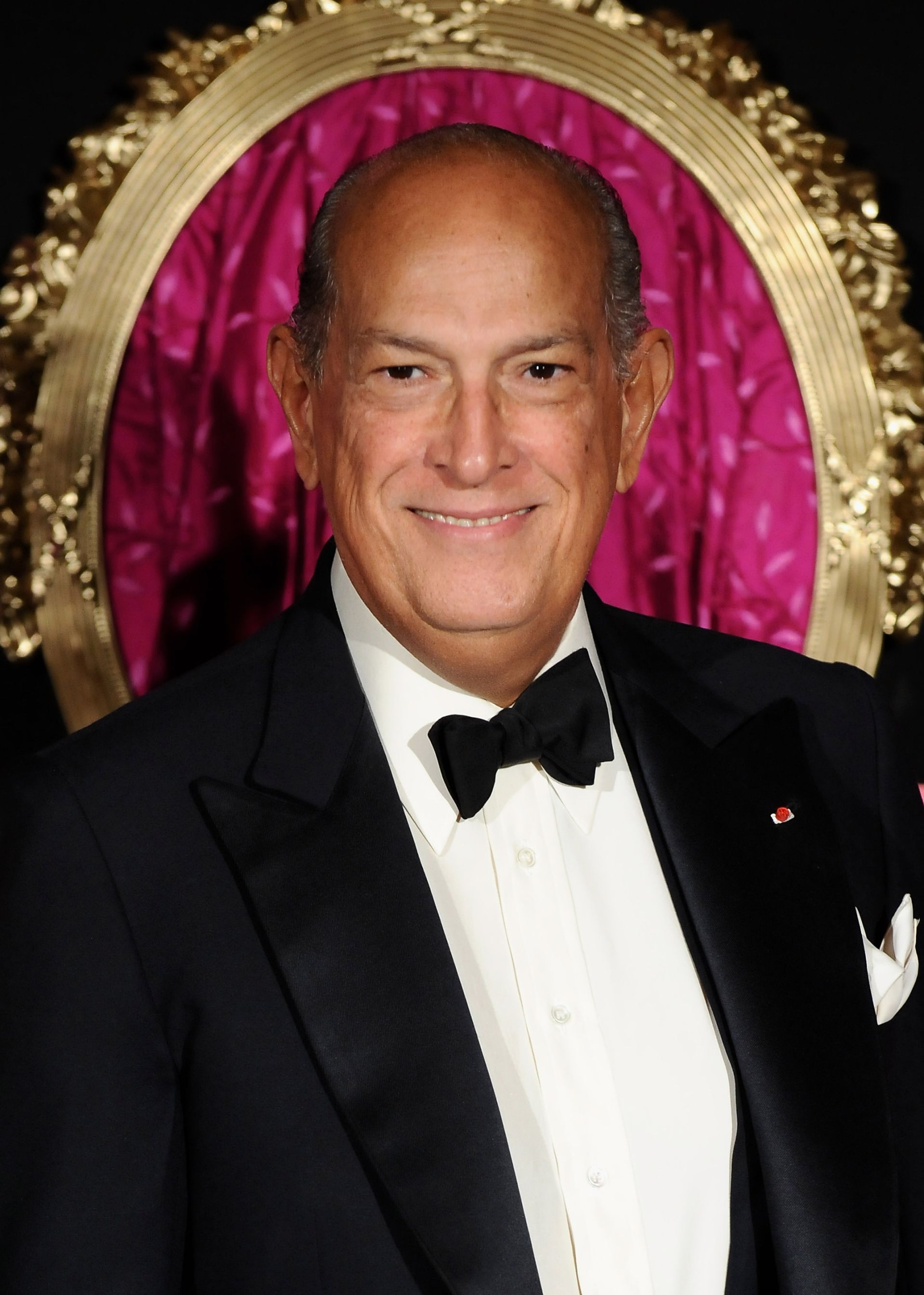 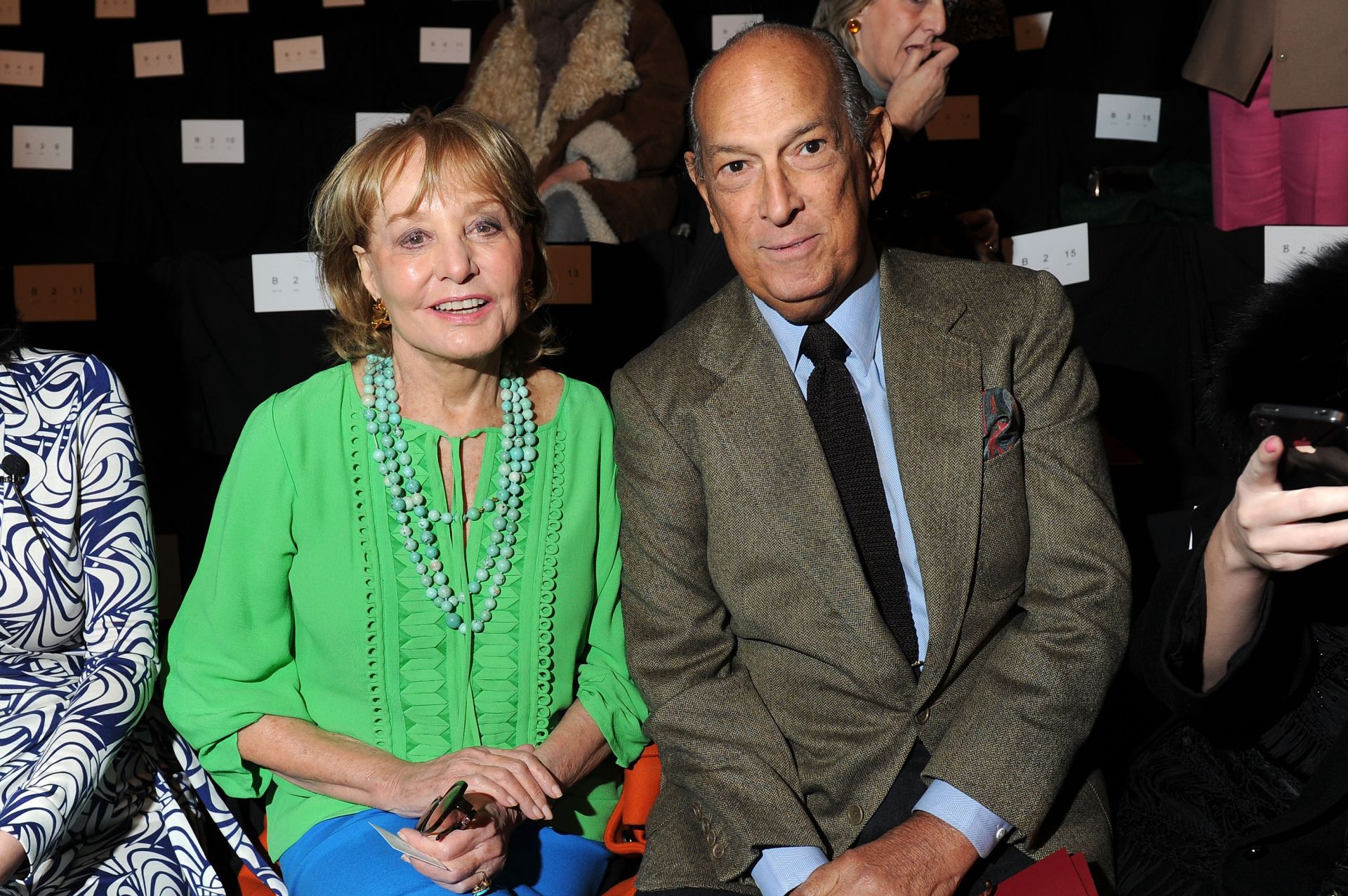 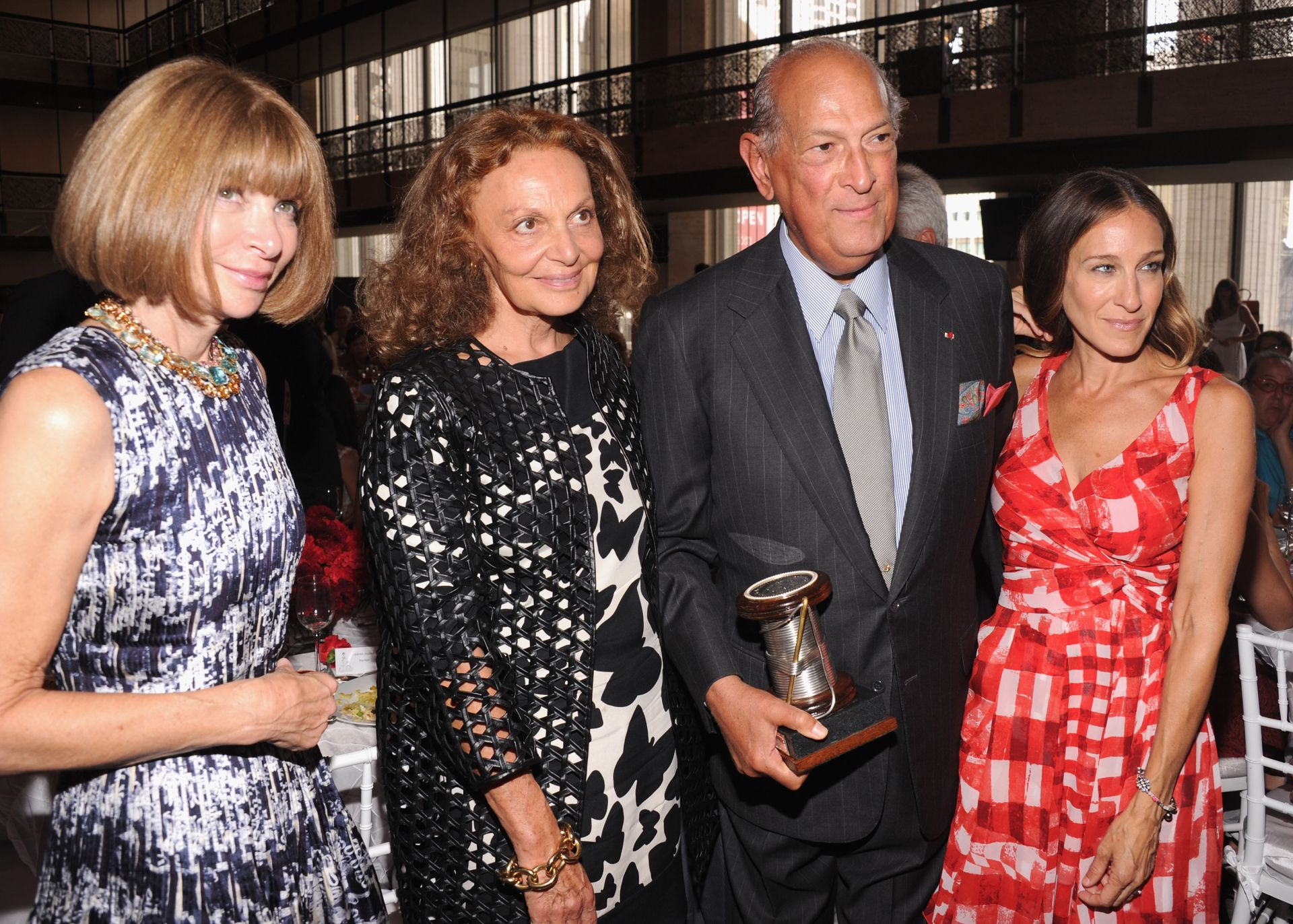 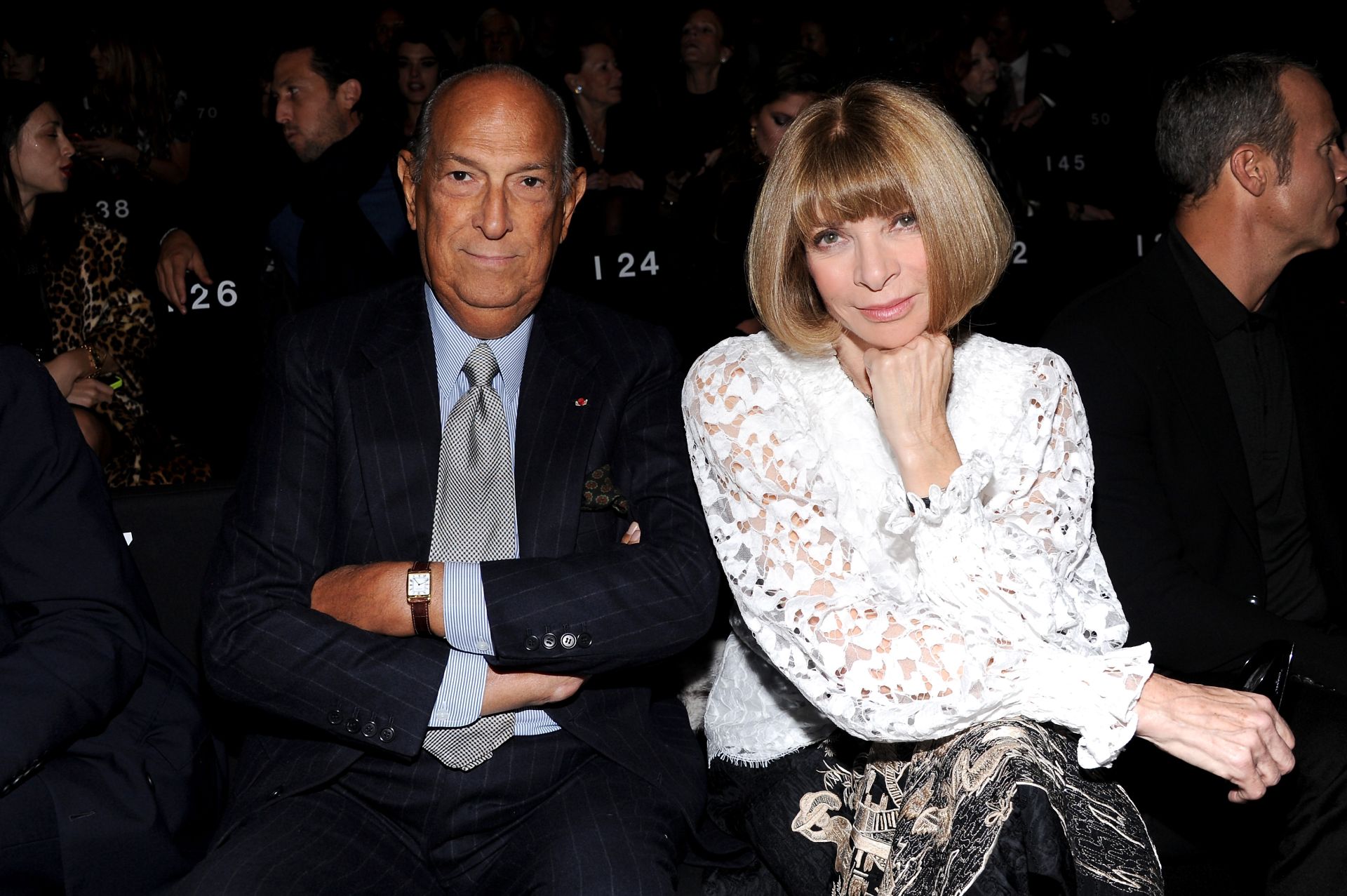 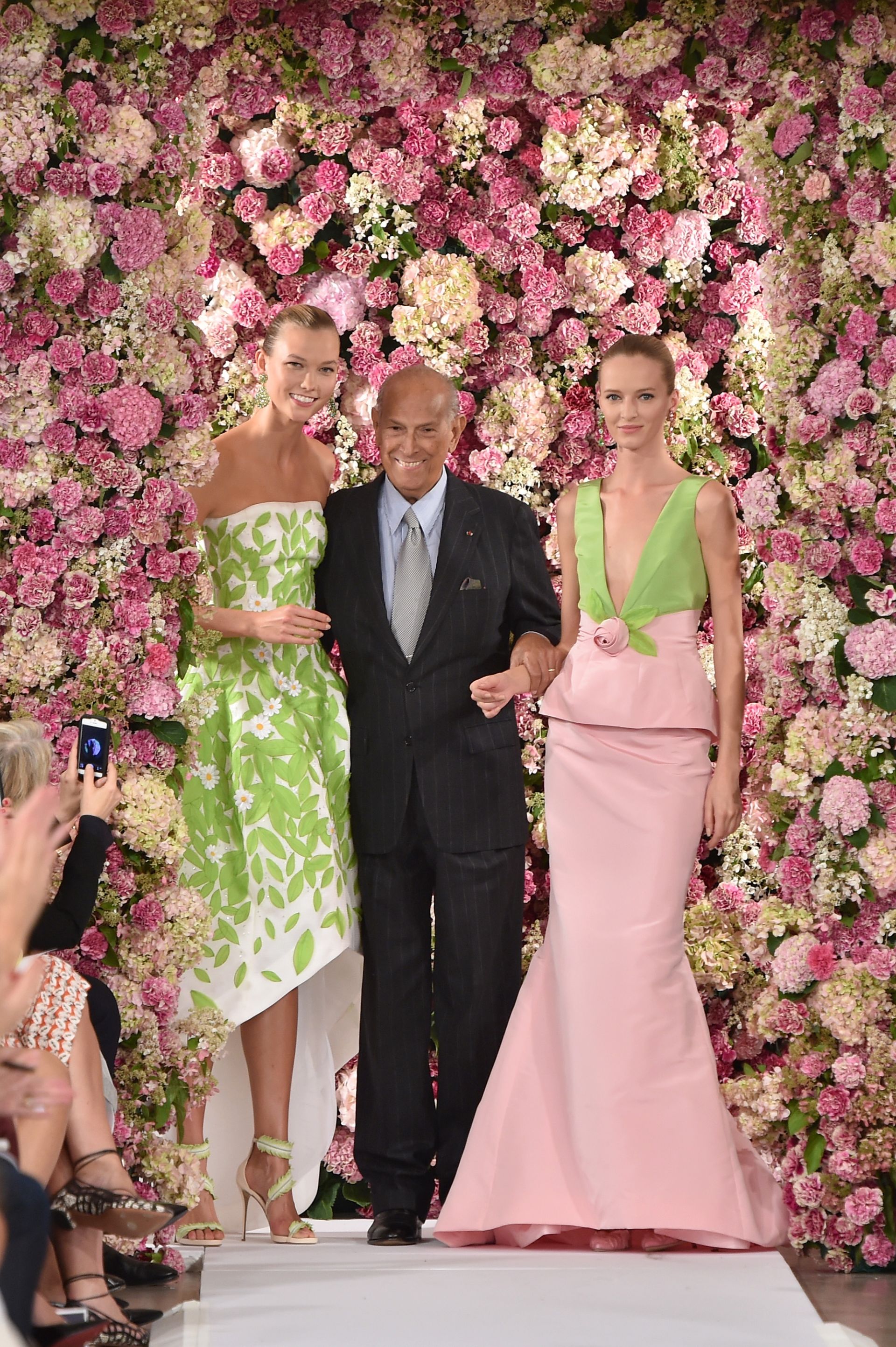 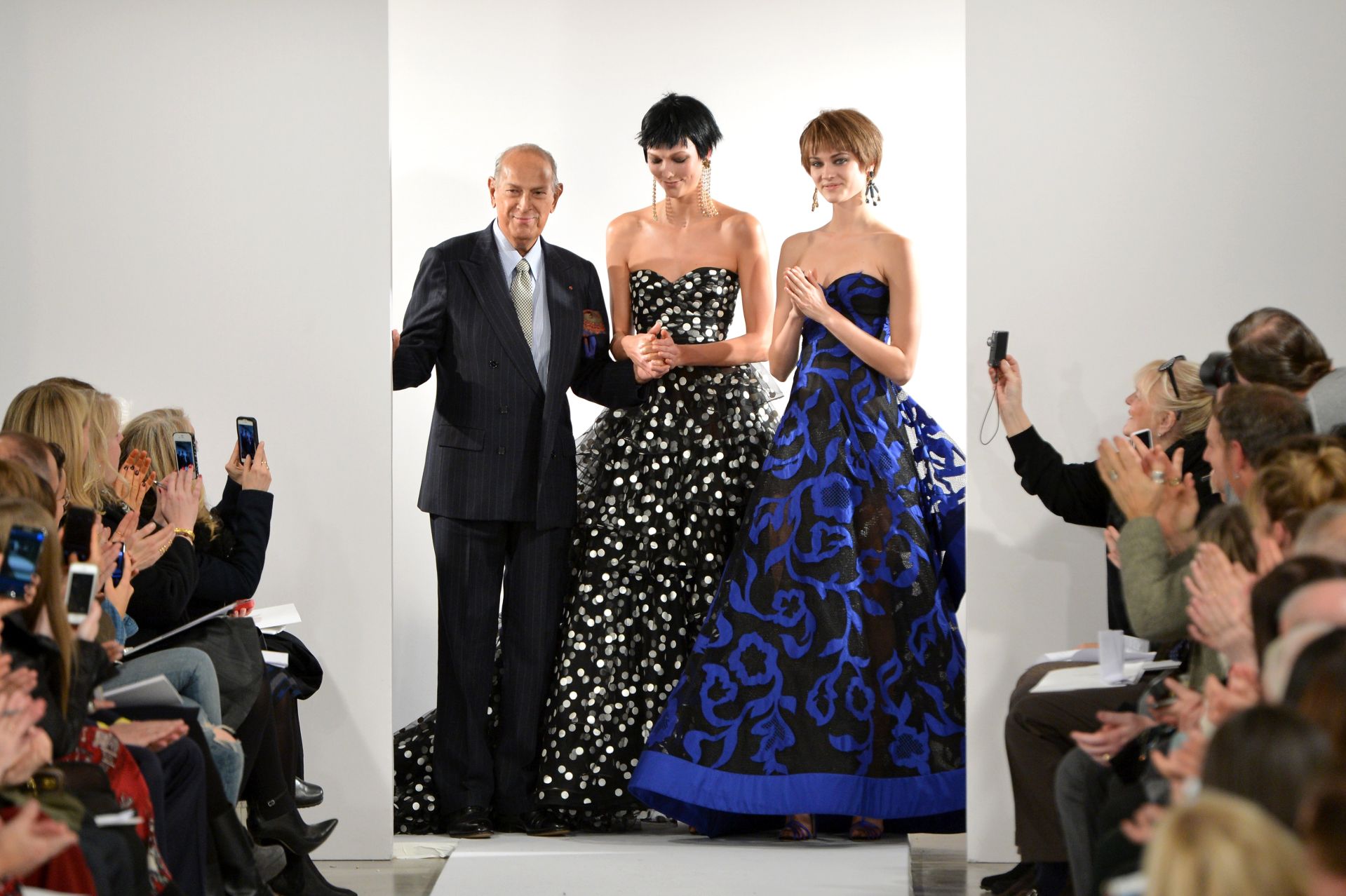 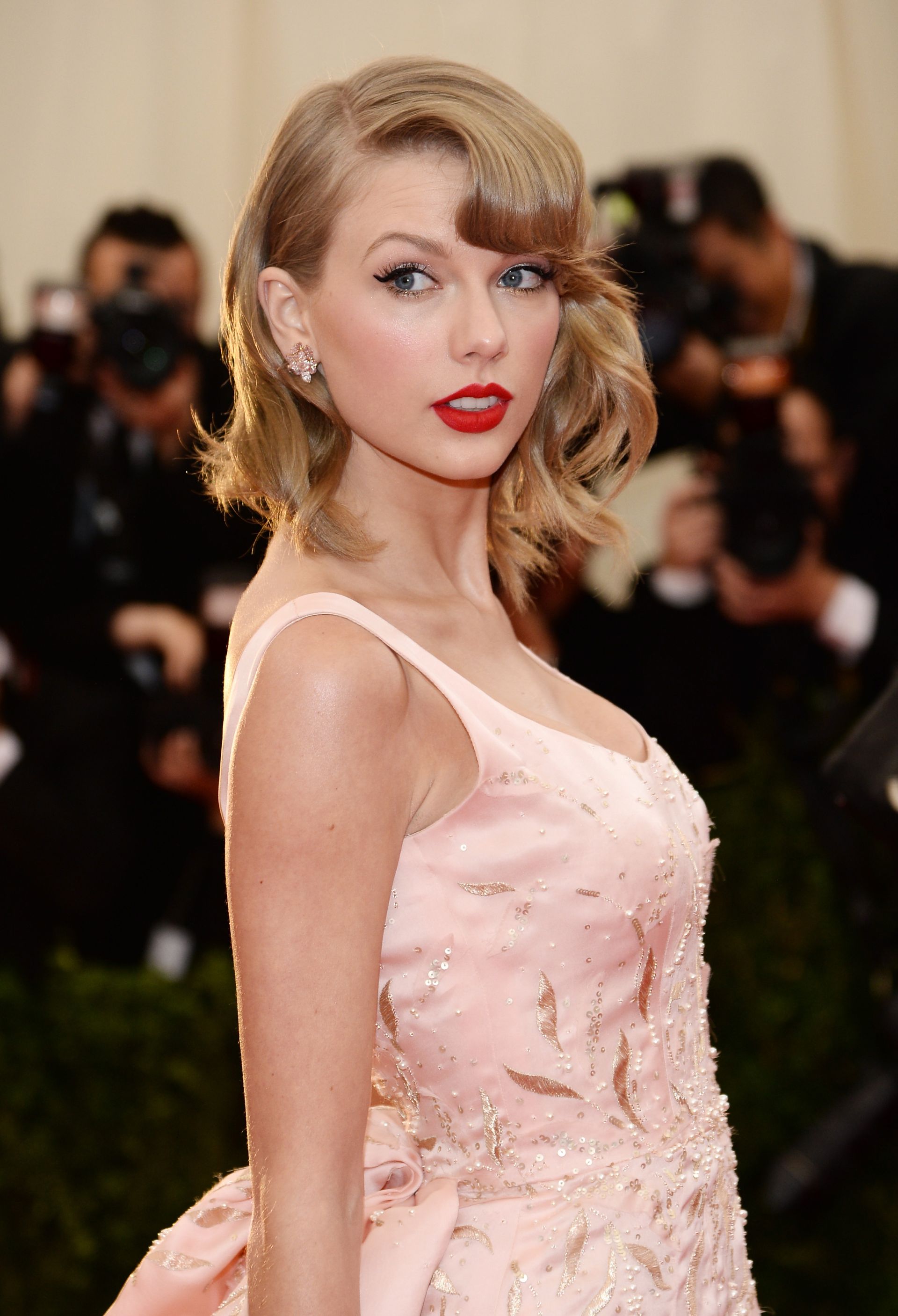 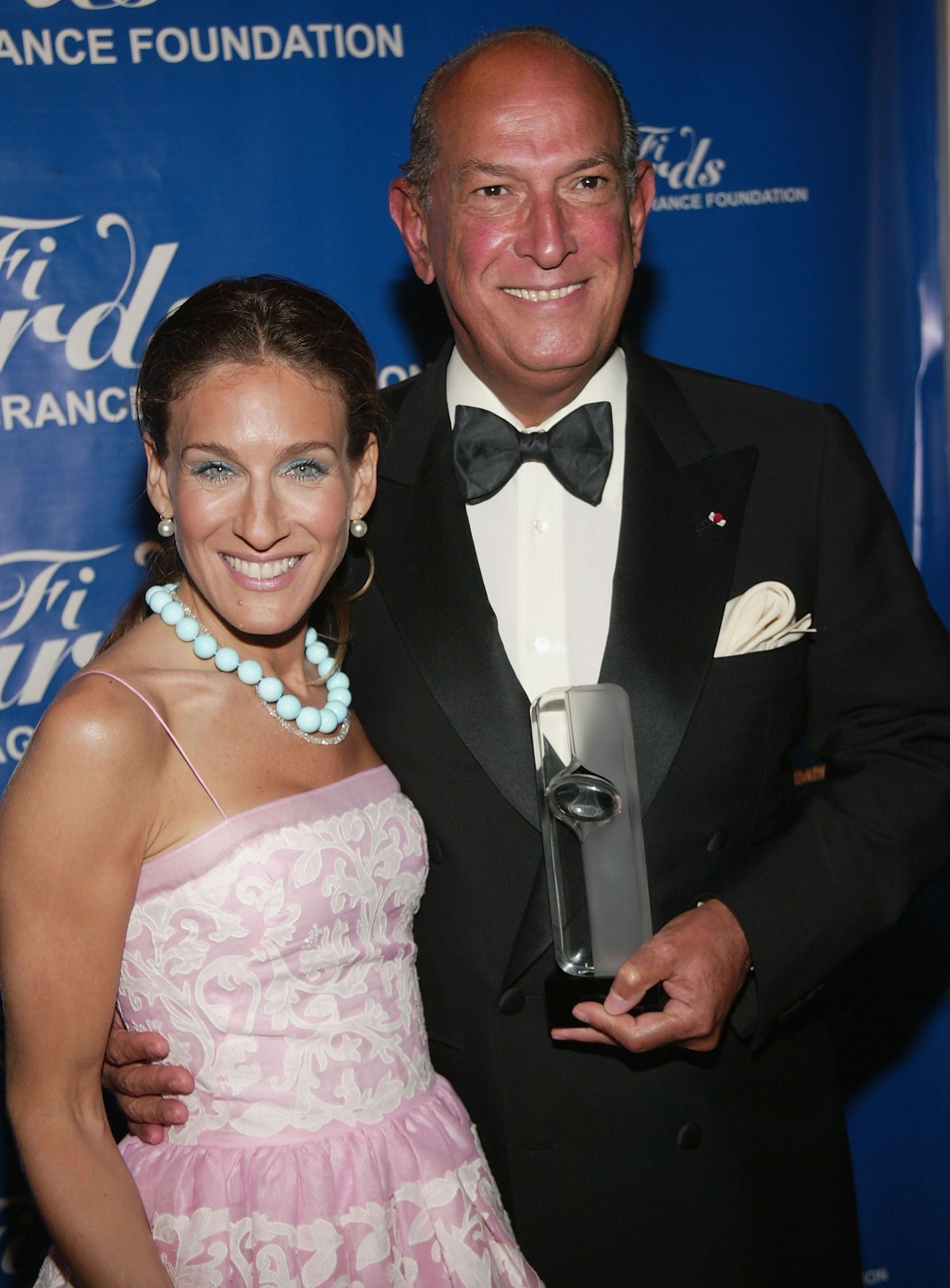 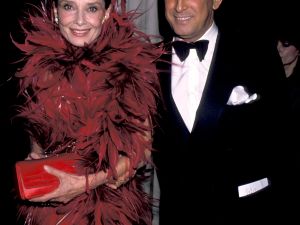 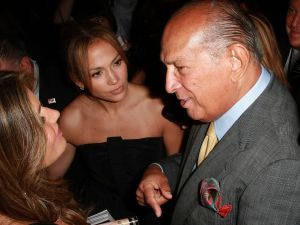 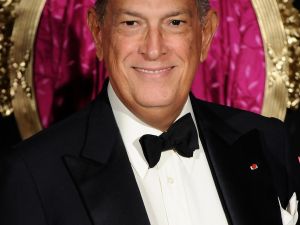 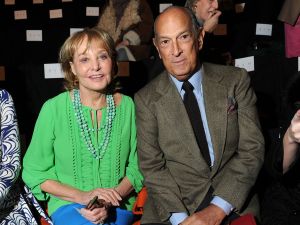 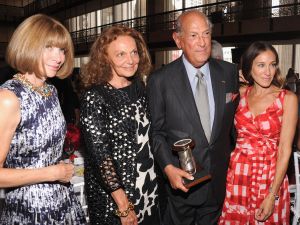 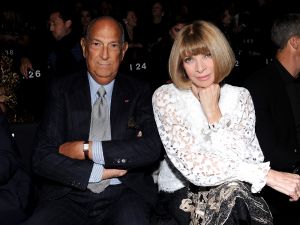 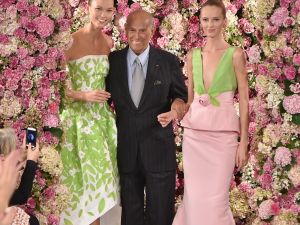 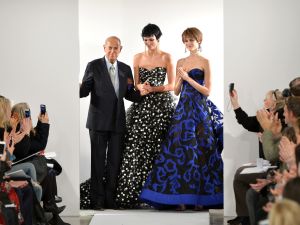 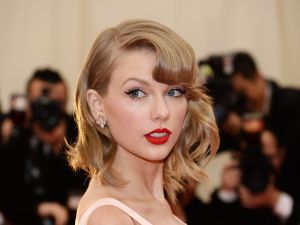 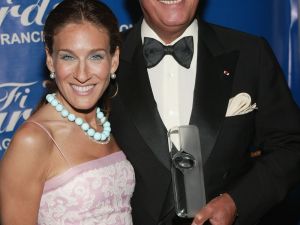 If we are all lucky enough to have a next life, Oscar de la Renta should come back as the Latin Michael Bublé, breaking hearts while crooning tunes of blissful love and requited passion in his caramel smooth baritone that possessed just the right hint of growl.

Whenever Oscar sang, which was as often as he could, that handsome face would glow like a fresh sunburn, his hips would involuntarily propel his lithe frame into samba, and you forgot all about his gifts as a couturier and craftsman.  All you saw and heard was a master seducer doing his bewitching best.

It’s obvious to anyone who ever met him that de la Renta was the last gentleman: a perfect host, a dashing dresser, an irresistible charmer. It’s obvious to anyone who ever witnessed one of his fashion shows that he had only one goal during his entire career. “When I see a woman, I don’t think about her politics,” he told me. “I don’t care about her age. All I know is that she wants to look beautiful. It’s the one thing about women that never changes. And making beautiful clothes is the only job I ever wanted to have.”

But the reason why those lucky enough to have known him will miss him so desperately, is that de la Renta was that rare creature—a man fulfilled. Yes, he had tiffs with some members of the press about coverage and collections, but here was someone who knew he was blessed with the gift of talent, a marvelous family, close friends, privilege and access, and he never took any of it for granted.

He was startlingly humble in private, always deflecting praise by asking what you were doing. He thought his wife hung the moon. The names of his son and stepdaughters sprinkled even casual conversation. He was peacock proud of his son-in-law. Oh yes, he loved his ladies. Barbara, Brooke, Bette, Hilary, Sarah Jessica. But he would also walk though his garden daily in Punta Cana and say hi to every gardener by name. If you were under his roof, his respect and a heartfelt hug were a given.

And if you were a guest under his roof, you never lifted a finger—that is, until after dinner when even if you couldn’t carry a tune, you were going to sing and dance. No one was sitting it out. There was no avoiding the microphone or an instrument even if it was scruffing a lowly marimba. When he realized I could do most every Latin dance (if you were a kid growing up in a Jewish household in New York, knowing to cha cha was as required as Little League), I was directed to give meringue lessons to the uninitiated at dinner. And then I sang back up while he crooned Cole Porter.

Yes, Oscar filled red carpets with beauty. But he filled his world with a joy of living that would have made him immortal if he’d only known how to bottle it. If I come back in the next life as well, I will be the first one in line to buy his album.