Those three elected officials will be voting a straight ticket for the Working Families Party, they pledged today in a video released by the labor-backed WFP today.

The video, dubbed “Women Speak Out: We’re Voting Working Families,” was sent out in an email blast on the same day that Gov. Andrew Cuomo held a large rally with Hillary Clinton for the Women’s Equality Party, a ballot line he created and is hoping will get at least 50,000 votes to establish itself on the ballot.

Plenty of observers have wondered whether the Women’s Equality Party was merely a ploy to siphon votes from the WFP — which endorsed Mr. Cuomo somewhat reluctantly after considering Zephyr Teachout. But Mr. Cuomo has insisted his motive is pure, and that the two parties are playing nice.

In the video, Ms. James — a longtime WFP devotee who nonetheless attended the Women’s Equality rally held just this morning — vows to vote a straight Working Families line “to get money out of politics.” She adds: “We need campaign finance in New York State, so we can elect more women.”

Ms. Brewer, who was seated on stage at a Women’s Equality rally earlier this month, says she’s voting WFP, “because everybody should have paid sick days.”

And Ms. Valzquez says her vote was with the WFP “for universal pre-K for all children.”

Mr. Cuomo has been pushing his Women’s Equality Party hard as part of his re-election bid — attending rallies across the state in a party-branded bus with his running mate, former Congressman Kathy Hochul, and slamming his opponent, Westchester County Executive Rob Astorino, as an “ultra-conservative” for his opposition to abortion rights.

The governor has also plugged the party in a statewide television advertisement, featuring his three daughters and his girlfriend, urging the passage of the Women’s Equality Act and a vote on the party’s line.

The Women’s Equality Party did not immediately respond to a request for comment about the WFP’s video. 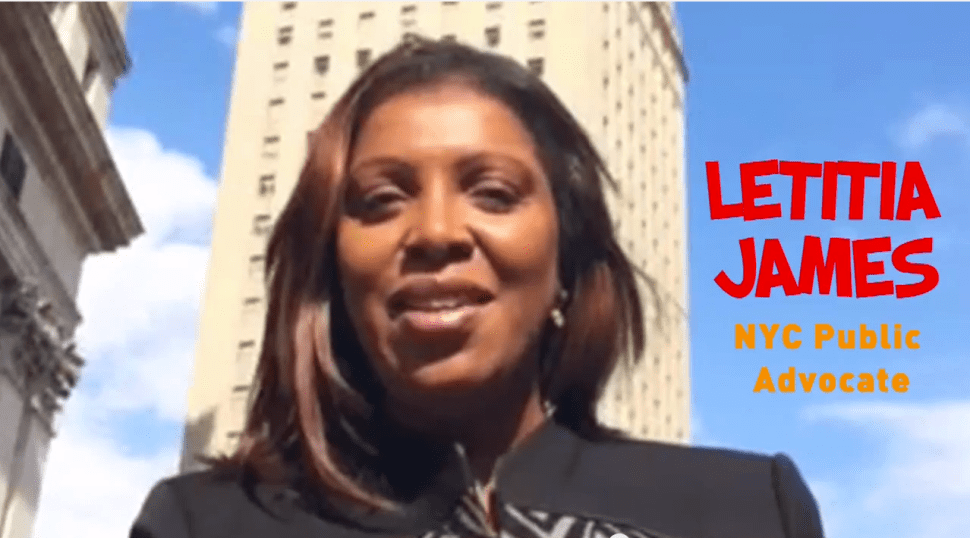