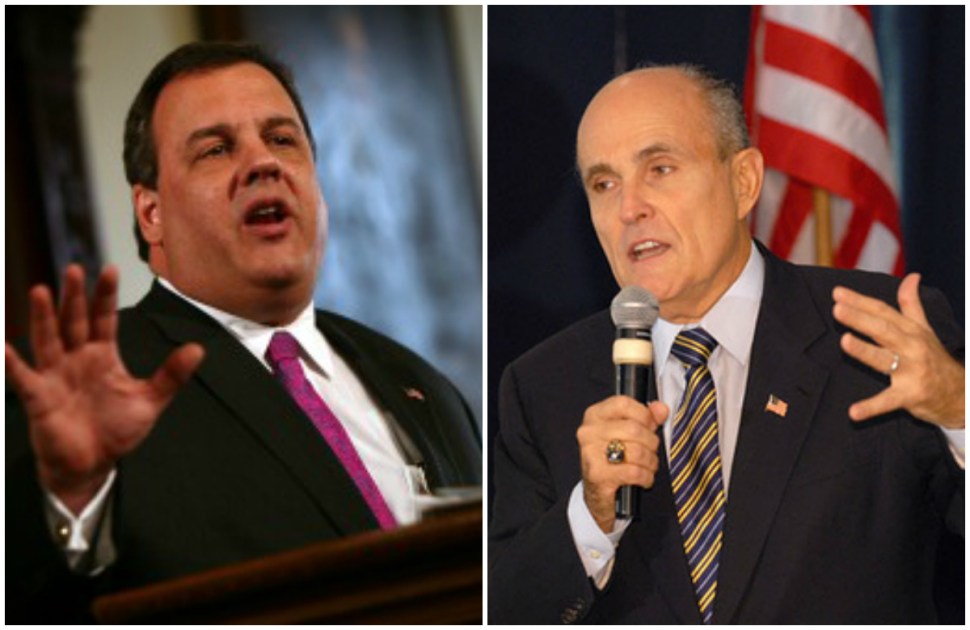 Earlier this week, Ted Cruz, the senator from Texas and one of a handful of Republicans politicians rumored to be gearing up for a presidential primary run in 2016, became one of the first potential candidates of the (pre-)contest to strike out at a prospective opponent when he was reported to have likened New Jersey’s own Gov. Chris Christie to the “Rudy Giuliani of this cycle.” Far from an excusable offense, the comparison became an early indication that the 2016 race for the White House could be shaping up to be a seriously contentious melee between a number of substantially contrasting candidates — and without anyone having yet declared.

Cruz’s comments, which he’s reportedly been making to donors and allies privately as he explores his own primary crusade, might be brushed off easily as a cheap political shot from one contender trying to down play the celebrity of the party frontrunner, which some consider Christie to be, if only the comparison wasn’t so apt. Observers who’ve ventured to speculate about a primary battle even as that primary battle continues to take shape have long pointed out that the two Republicans, separated by naught but a river, share many of the same qualities, from regional politics to background to campaign team.

But there are differences between the two, and while Giuliani, after falling from the scene with a hollow thud during the 2008 presidential cycle, is almost certainly not mounting another challenge this time around, those differences could factor heavily into Christie’s chances being vastly different than his political precursor.

First, the similarities: Both have enjoyed the national spotlight as Republican leaders who have dealt with headline-grabbing controversies, Christie with Hurricane Sandy and Giuliani as New York City’s governor during 9/11. Both are former federal prosecutors, Italian Americans, and Roman Catholics. Both, moreover, are longtime political allies, with Christie praising Giuliani as a strong leader and Giuliani defending Christie during some of the lowest points in his political career, most notably during the controversy surrounding the closing of commuter lanes at the George Washington Bridge last year. They share much of the same political teams, including Christie’s now chief political strategist Mike DuHaime, who served as Guliani’s own campaign manager in 2008.

But the one quality that both pols share and that has been a less-than-positive attribution in a party grown more and more conservative over the last several years is their reputations as moderates from the northeast, where regional politics differ significantly from those characteristic of current GOP strongholds in the south and the midwest. Monmouth University pollster put it pointedly in to PolitickerNJ’s own Mark Bonamo earlier this week: “There is an impression that everybody from the Northeast is elitist, that they can’t understand what the common man is going through, that it doesn’t represent the heartland.” That trait especially hurt Giuliani, who carries about him an air arguably more elitist than Christie, but it also threatens to stunt the Garden State governor’s own presidential prospects in a heated Republican primary against someone like Cruz, for example, who’s considered one of the most socially conservative prospects out there.

Nor, more importantly, is it an affliction — the same one that has plagued presidential candidates sprung from the northeast going back to Thomas Dewey in the 1940s —  lost on the voter, the common “folk,” as Christie has taken to refer to them in his committed effort to appear the populist who’s managed to remain unmarred by the urban of the tri-state area. (It’s also one that extends to northeastern conservative policy positions, which tend to reflect the urbanity of the region, where opinions on social issues tend to be more liberal). At a campaign stop earlier this week where he appeared with Connecticut’s Republican gubernatorial hopeful Tom Foley, multiple conservative voters expressed excitement at the prospect of a Christie presidential run, but couldn’t help, in the same breathe, to speculate about the challenges he faces: “I think he would do well, but clearly there’s the conservative base that would have some issues with a northeastern Republican. I don’t think he’s ever going to capture the far right.”

“He’s too moderate,” another voter lamented, offering the main reason why he won’t vote for the Republican.

Yet despite all the similarities, some of which hinder the candidates chances and others which improve them, one difference stands out in Christie’s favor: his personality.

According to most observers, where Giuliani and other northeastern Republicans — from Dewey to Mitt Romney, whose un-coolness and involvement in implementing universal-like healthcare in Massachusetts was shunned by many Republicans in his last run — failed to find widespread appeal among conservative voters because of temperaments by turns stiff and highbrown, Christie comes across winsome, a salt-of-the-earth kind of guy who has endured in spite of himself. Murray says that has helped him ascend the national stage where others have struggled: “Christie is much more natural that Giuliani ever was. He is much more comfortable when talking to average voters, and Giuliani was often very prickly.”

One of Christie’s most ardent supporters, New Jersey Assembly Minority Leader Jon Bramnick, agreed. Earlier this year, Bramnick, when asked whether Christie would go the way of Giuliani in a national contest, argued you “can’t compare [the two].” He says Christie is “one of the most engaging personalities I have ever seen in my life.”

“Chris Christie’s probably got one of the most charismatic personalities ever,” Bramnick told PolitickerNJ today. “Sometimes I think people say, well, Guliani’s from the east, and Chris Christie is from the east, as if somehow these are guys that can’t play or can’t compete nationally. I’m saying, I’ve met a lot of people, I’ve been around, and he’s most engaging, smartest, quickest, he’s funny, he knows he issues — I mean this guy is off the charts. I think somebody like that comes along once in a lifetime.”

Whether Christie can succeed where Giuliani failed will depend on a number of factors — including whether Christie’s team, if he runs, can avoid the strategic missteps many say Guiliani’s team suffered on the campaign trail in 2008, when the candidate forwent primaries in New Hampshire (won by Romney) and Iowa (won by Mike Huckabee) in favor of focusing on Florida, which he lost and then quickly dropped from the public’s attention. But not only will Christie’s team (made up of many of the same operatives that were on Giuliani’s) be able to learn from those missteps — they also have an arguably more viable candidate on their hands. 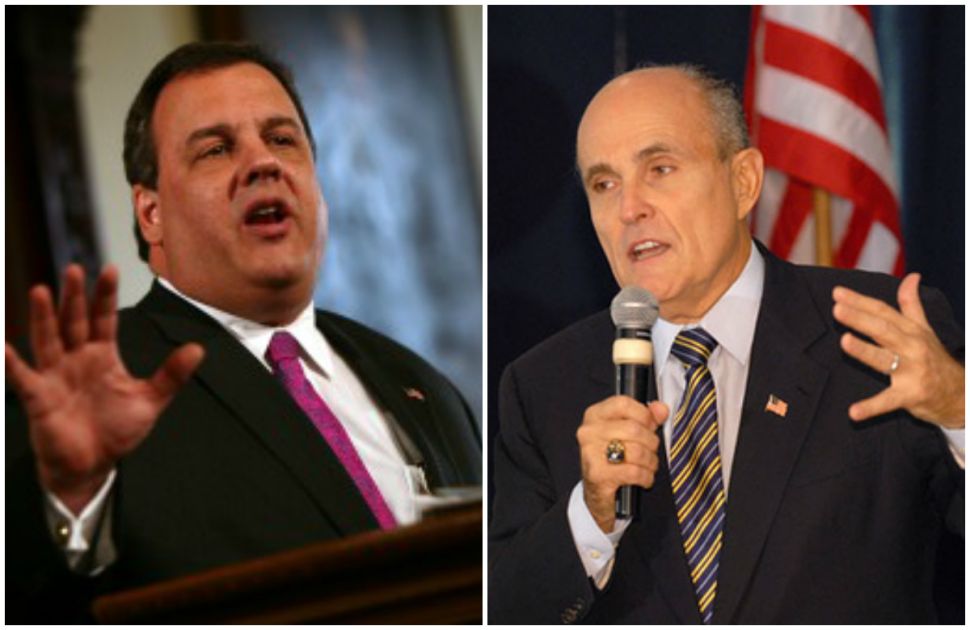