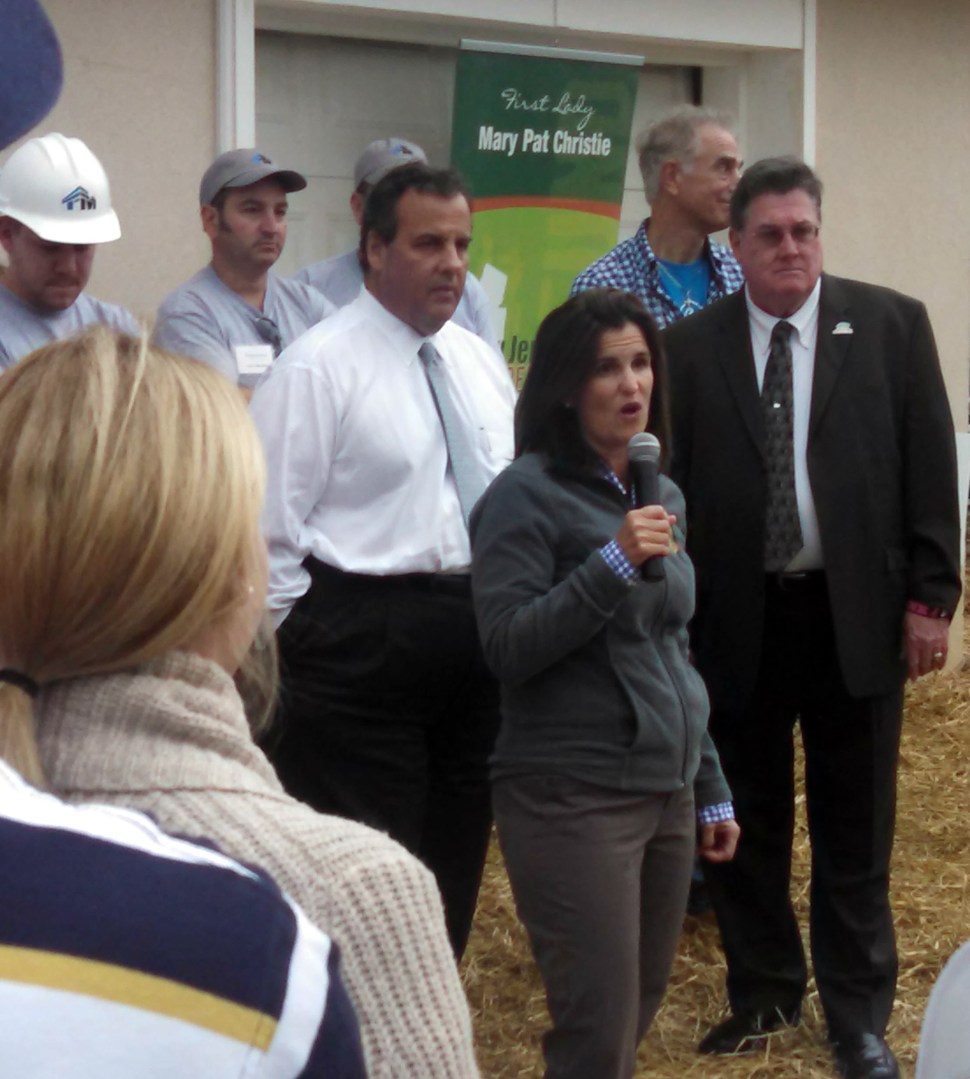 “A sacred place,” he said, addressing a crowd of residents and volunteers gathered on the street. “And I say that because there are human beings here on earth making miracles happen.”

It was Christie’s fourth stop on his seaside tour, which took him to Belmar, Little Ferry, and Toms River, and he used it to highlight some positive aspects of recovery in a state still slowly returning to its feet two years after Sandy hit. Joined by Union Beach Mayor Paul Smith, members of Habitat for Humanity, the group leading construction on the home, and his wife, Mary Pat, Christie talked about the “resiliency” of New Jerseyans, and referred to the people leading recovery efforts in the state “God’s instruments.”

“When I ask people, or people ask me rather, what it’s been like for people in this state the last two years, I say it’s been a long two years, very long, but it’s been interrupted moment by moment by individual acts of goodness and kindness by people who are doing it just because they love where they live,” Christie said.

But the storm’s two-year anniversary was not without its political bickering. On their own visits to storm-battered areas still struggling with a return to normalcy in the state earlier today, Senate President Steve Sweeney and U.S. Senator Bob Menendez were both heavily critical of the Christie and his administration’s handling of the recovery process, pointing to thousands of residents still without homes and millions in federal aid that never made it into the hands of victims.

Christie has blamed many of those delays on the federal government, and told reporters at an earlier stop in Toms River today that Sweeney was just “finding a reason to be critical and to be partisan.”

Christie later introduced Mary Pat — “this is really much more her day than it is my day,” he said. Her charity, the Hurricane Sandy New Jersey Relief Fund, he said, has spent nearly 85 percent of the $40 million raised in the weeks and months after the storm, and is responsible for funding projects like the Habitat home here.

Smith also thanked the governor and the first lady for their work, calling the challenge the state faces in the wake of Sandy “something new.”

“This is something new,” he said. “Katrina dealt us a blow in 2004 because a lot of people took that money and ran. But in New Jersey they’re not going to let people take the money and run. They’re going to fix their homes.” 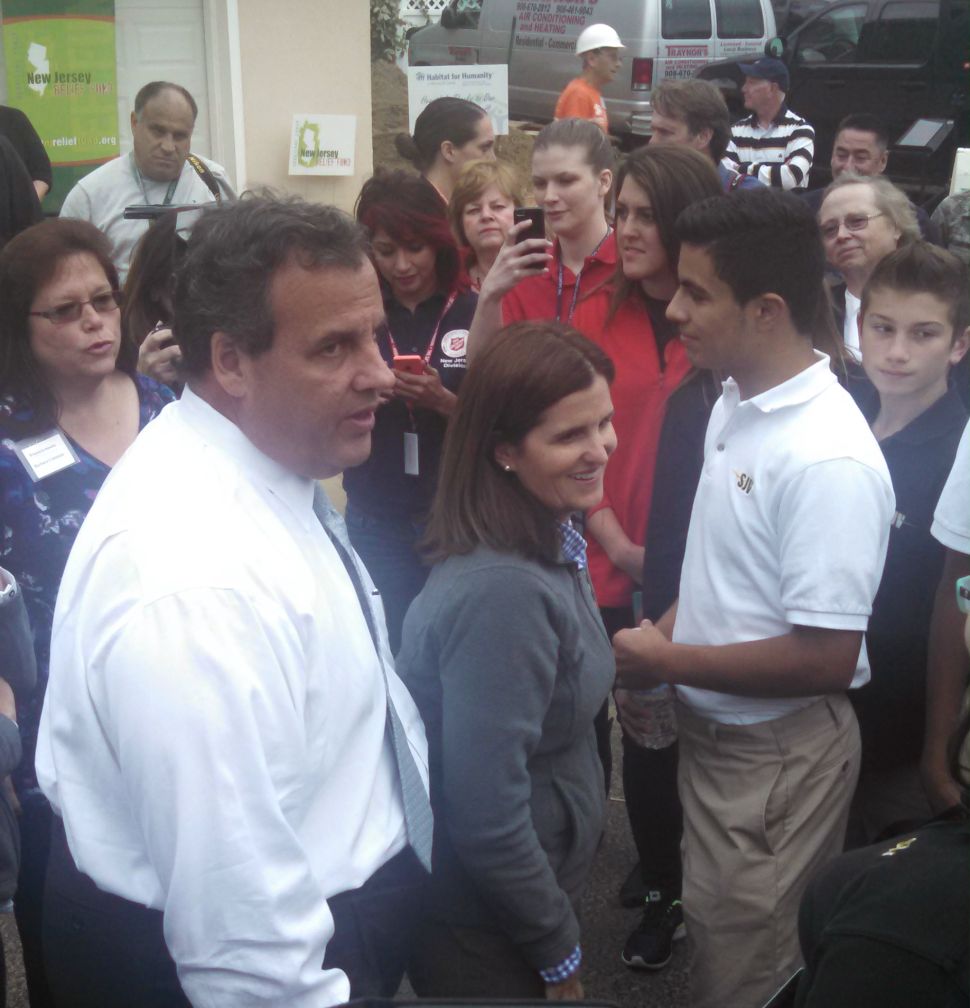