A former high-ranking Secret Service Agent has come forward to detail to the Observer in plain language exactly how this vaunted agency seems to have disintegrated before our very eyes.

Beginning with the scandal involving more than a dozen Secret Service agents being fired or disciplined for a prostitution scandal surrounding the President’s visit to an economic summit in Cartagena, Colombia, the United States Secret Service has endured a stunning and unprecedented series of high-profile failures. They include multiple incidents of drinking on the job, a car wreck, an untruthful account of seven shots fired into the south façade of the White House and most recently, a shocking breach in which an armed man, Omar Gonzalez, hopped the White House fence, ran across the lawn unscathed, overpowered a female Secret Service agent inside the North Portico entrance and “ran past the stairway to the presidential living quarters and into the East Room where he was finally tackled by an off-duty agent.” Director Julia Pierson resigned last week after coming under scathing bi-partisan criticism during a Congressional hearing that seemed to produce outrage beyond even the usual camera-friendly pontificating.

Despite the torrent of disasters, it has been difficult for the public to piece together the “how could this happen” part of the story. The code of silence among USSS agents, including former agents, is stronger than most similar agencies – after all, “Secret” is literally its middle name. And as a relatively small agency, with about 3000 active compared to about 40,000 FBI or 21,000 CIA, its grip on leaks and gossip has largely prevented journalists from employing the “according to agents who declined to be named” sort of color that would help paint an accurate picture of an agency in turmoil.

That grip loosened substantially this morning. A revivified Washington Post published a long front-page shocker, in which the Obama administration is accused of covering up knowledge of the Colombia scandal for political reasons linked to protecting an important donor and avoiding embarrassment in an election year. In sum, a young White House aide seems to have hired a prostitute but it was the Secret Service that was accused and disciplined, with White House officials happy to let USSS take the public blame and the lead investigator saying, “We were directed at the time . . . to delay the report of the investigation until after the 2012 election.”

It’s a stunning piece of journalism, as much for the way the Post‘s Carol D. Leonnig and David Nakamura penetrated the silence of the USSS as for the shocking allegations of a White House cover-up. And now it seems the can of worms is beginning to open.

Last night, a former agent the Observer has spoken to for years without being allowed to cite even on background finally let it fly. Without allowing himself or herself to be cited by name or other identifying details (including even gender pronouns), this former high-ranking agent, who is still in close contact with working agents, unloaded on the agency in a long, wide-ranging interview, which appears below, unedited except for grammar and punctuation (some was conducted via email).

Observer: So … what the hell is going on?

Former Agent: Ken, I’ll be honest with you, the agency has huge issues – under-staffed, under-trained, under-funded, not being innovative in doing more with less.

We were uprooted from Treasury after 9-11 and putting us under DHS was the start of many of our issues. [The USSS had been part of the U.S. Department of the Treasury; in March 2003, it moved to the Department of Homeland Security.]

Also a key factor is, back in the day, we did 20 years. The pension plan changed in January 1984 to 25 yrs or age 50 — many guys are leaving the service to go to other agencies where they do not have to relocate to get promoted and work less.

Our generation of agents did have a sense of dedication. We worked our asses off, all mission-orientated. The leadership that is current are all my vintage that stayed instead of retiring. They are not innovative or informed about newer security measures, especially on the technical side.

It sounds like a generational shift has yet to occur.

They [the old-timers] don’t know how to motivate a generation that seems sometimes to expect everything with immediate gratification. Also, post-911 the Service picked up many additional protectees. [We] picked up national special security events like the Super Bowl. [In the past,] duel mission of investigations and protection made for great agents who knew how to stay sharp and be savvy – investigations have suffered due to extended travel due to protectees who travel much, much more than a Ronald Reagan ever did.

Why are all these incidents suddenly breaking out?

The attrition rate for the uniformed division officers have suffered as they use the training and top secret clearance to get better, higher-paying jobs where they are an asset to a high-paying police department after having endured the rough, extensive training. The agency during my tenure was 3350 agents and is now 2900. And the way they are forced to hire according to OPM rules (Office of Personnel Management) is rife with issues.

You can have a guy with one arm make it through most of the application process before he comes in and they see he has one arm. They’re trying to get it changed but it’s a long process. The most recent WH incident was as a result of a catastrophic failure of all procedures and protocols. Nothing went right. A muzzled K9, officers who could not catch the trespasser, a new, young, small female at the White House door who took cover. And when he [Gonzalez] got in, she gave chase but could not overpower him. An off-duty Cat team counter assault team member heard the radio chatter, responded and subdued him.

This incident really shocked the public in a way that the drinking and prostitute stuff never could. To know that a guy was running loose in the White House stunned Americans.

I don’t support everything UD (Uniformed Division) does but shooting a “running man” with a Sig 229, against the backdrop of 200-300 tourists lined along the fence, is not a shot I would want to make, unless the President was in residence, which he wasn’t. That rendered this to the exalted status of an “empty government building,” which was having work performed on it, while the King was out of residence. Short of placing a glass dome over the White House, and not shooting unarmed people that jump the fence, about all I can see that can be accomplished is to post UD Officers along the fence, for 5 years at a time, to catch the occasional jumper. [Regarding all the critics and second-guessers, I would like to] ask what he would do when he missed his shot at an unarmed “fence jumper” running toward an empty house, when one of his rounds hit a 5-year-old from Iowa there with her parents to see the White House.

Why are you speaking to me for publication after all these years of declining to allow me to publish?

I’ve been dying to push out good stuff. It’s so damn frustrating. I believe we need to be more proactive in highlighting our success. Our agency and Afauss (Association of Former Agents, U.S. Secret Service) need to show the value add. The USSS does amazing work every day so does Afausss – the nature of both groups is to run below the radar.

The bureau (FBI) stacks the deck in Congress and always gets the funding. We’re now stuck in DHS with other agencies nipping at our heels. Tough times for the Secret Service and critical times for the survival of an independent USSS and Afauss as we know it.

It’s a shame the few malcontents spit venom for 5 minutes of satisfaction that do harm to so many who have served so honorably. You know, it’s not the FBI’s fault. We screwed up. 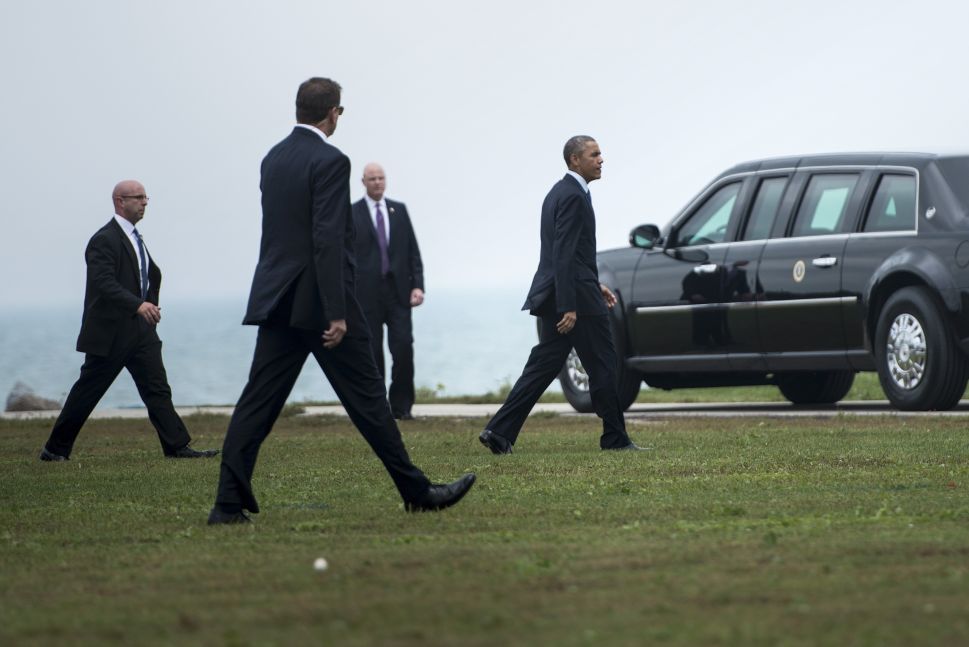