The first issue of The New York Review of Books, published February 1, 1963, featured a critique of John Updike’s then-new The Centaur by Jonathan Miller. “This is a poor novel irritatingly marred by good features,” the review began. Repeated airings of Foxygen’s …And Star Power bring Miller’s droll comment vividly to mind. On the whole, the fourth full-length opus by these L.A. indie rockers can’t be called anything other than a self-indulgent mess. Still, every now and again, glimmers of pure brilliance stand out in the muck.

Buoyed no doubt by the plaudits they received for their previous album, an intriguing piece of lo-fi psychedelia called We Are the 21st Century Ambassadors of Peace & Magic, Foxygen has responded with a sprawling, 82-minute double set. The band’s core songwriting partnership of Sam France and Jonathan Rado has apparently been listening a lot to what used to be known as “outsider music” (Skip Spence, late-period Syd Barrett, Jandek, just about anything featured on Irwin Chusid’s Songs in the Key of Z compilations). Not the worst area to explore for mad inspiration, but here’s the problem: a significant part of that music’s appeal rests in the fact that its makers seemed largely unaware of its weirdness. Messrs. France and Rado know all too well what they’re doing, and rambling, disjointed tracks like “Cold Winter/Freedom” and “Can’t Contextualize My Mind” give off the aura of elaborate private jokes.

I get the sense that Foxygen is trying very hard to immerse listeners in its own distinctive sound world, and that world is lo-fi in the extreme. Instruments and voices are woefully recorded. Tape hiss is so omnipresent that it’s practically another member of the band. This approach has worked before for plenty of artists—Guided By Voices and the Bevis Frond, to name just two—but it doesn’t work so well when coupled with oddly tentative singing and playing, dodgy tempos, and half-baked songwriting. And while Mr. France’s tendency, especially later in the album, to break into wild screams and whoops is clearly derived from Iggy Pop’s unhinged performance on the Stooges’ Fun House, there’s a huge and undeniable difference between the two. The Stooges rocked. Foxygen only judders a bit.

And yet … The album’s (well-chosen) leadoff single, “How Can You Really,” is blissful power-pop of the Todd Rundgren school. The sorta-ballad “Cannibal Holocaust” veers thrillingly from a slow evocation of Satanic Majesties-era Stones to a laid-back groove that channels the wispy beauty of Buckingham/Nicks-era Fleetwood Mac. The nasty, beat-skipping guitar riff that forms the backbone of “Talk” is a new garage-rock classic. Of the 24 songs on …And Star Power, at least half contain something—a surprising melodic turn, a wayward bass line, a gutsy horn blast—that grabs the ear in a positive way. None of these moments justify the whole, I’m sad to say, but they show what this band could do (and has done in the past) when it focuses.

One more important point: I have yet to see Foxygen perform, but I’ve heard they put on quite a show. This video, which captures a recent appearance on Seattle’s KEXP, lends substance to this claim. The song the band’s playing, “Hang,” is the closing track of …And Star Power. On disc, it’s a lame attempt at soul. But live, it generates some real heat, as Mr. France digs into his vocal and fires off repeated ad libs with an intensity that had me thinking of the young Van Morrison. I hope that when Foxygen takes the stage of two NYC venues this week (tonight at Music Hall of Williamsburg, and Thursday, October 9 at Webster Hall), it’ll sound more like this and less like the great majority of a disappointing new album. 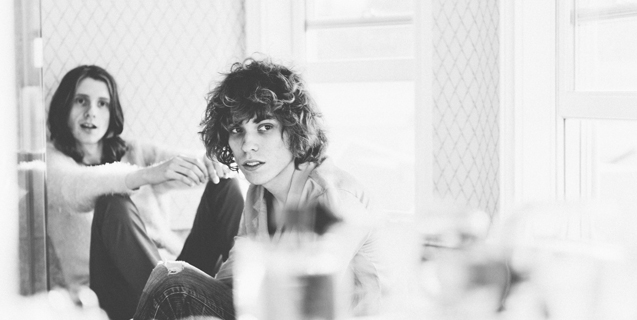