As the Day of Atonement neared this past week, Shindigger had plenty to repent for: unruly late nights at Boom Boom Room, lavish indulgences at Barneys … but did others?

At the New Yorkers For Children’s fall gala at Cipriniani’s 42nd Street, Selita Ebanks stole the show in an olive Chloé frock. “I fought for this dress honey,” the model informed us.

Shindigger asked if she would be atoning for anything in light of Yom Kippur.

“Maybe these shoes?” she proposed sheepishly. “These are Miu Miu and I just have a lot of shoes.”

The former Victoria’s Secret model was ecstatic about lending support for foster kids. “Tonight I’m also really excited that my friend Estelle is performing,” she concluded before dancing away.

“We collect René Magritte and Chinese contemporary,” explained investor and bankruptcy specialist Wilbur Ross the following evening. “This room is all Magritte,” he said, taking Shindigger on a spin round the marvelously appointed foyer of his 57th Street penthouse as guests arrived, a moneyed mix of Burns, Fanjuls, Giulianis and Zuckers.

“We are friendly with the Kochs so when they approached us we thought, ‘Why not?’ ” Mr. Ross recalled.

He passed Shindigger on to his regal wife who wore a whimsical appliqué dress by Stella McCartney.

“Your home is so tastefully done!” we marveled.

“I love to entertain and I have so much admiration for the Kochs and their philanthropy,” Mrs. Ross divulged in her sultry vibrato.

We chatted about the recent Metropolitan Opera gala just as Diana Taylor emerged from the en suite lift.

“How are you?” interrupted a joyous Ms. Taylor to the hostess.

Shindigger asked them about their High Holiday penitence.

“Mrs. Ross has nothing to atone for,” Ms. Taylor chimed in with a laugh.

“I love the world of culture and we have it in spades in New York City,” Mr. Koch admitted to Shindigger. “I’m the second-longest serving trustee on the board of American Ballet Theater and I’m the major funder of their new ballets,” Mr. Koch elaborated as he detailed his numerous performing and visual arts initiatives and efforts. “My mother had very sophisticated parents and always loved culture,” he dished.

It seemed to Shindigger that the man, estimated by Forbes to be in the top 10 wealthiest people in the world (net worth around $36 billion), was ahead in the atonement game—so no need to ask.

“I try to do things that make people have a better life and I really get emotional about that,” he affirmed to us tenderly.

Shindigger snuck into revamped Carnegie Hall just as Anne-Sophie Mutter and the Berliner Philharmoniker launched into Bruch’s “Violin Concerto No. 1.”

Only the gala’s decadent attendees and rooftop atmosphere could outmatch the mesmerizing and dynamic performances that evening.

“This really puts Carnegie Hall in the 21st century,” proclaimed trustee Sanford I. Weill, who has a net worth somewhere over the billion-dollar mark. As gowns sashayed one last time around the gorgeous new space and petits fours arrived, Shindigger got a last word with Mr. Weill, swarmed by Jessye Norman, Bulgari family members and Mercedes Bass. 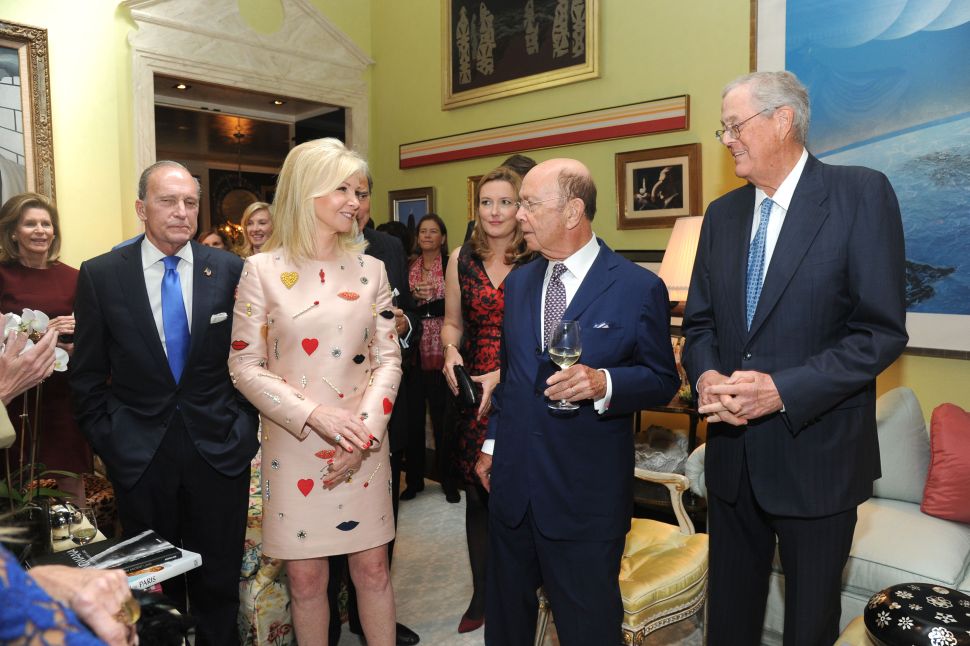