On any given evening, some of the nearly 38,000 registered nonprofits in New York City—sometimes it feels like all of them—stage benefit dinner-dances, concerts, auctions, art shows, poetry readings, theater performances and even nude revues (cheeky James Franco recently flashed his ass at the Broadway Bares event to raise a few bucks to fight AIDS). With the battle for your donation (and attendance) brutal, the Observer sorted through our mounting pile of invites to save you the chore.

The French Heritage Society’s Fall Gala Dinner Dance: The fête of the season.

The Lincoln Center Corporate Fund presents Stella McCartney with a Women’s Leadership Award. Meryl Streep, Madonna, Charlize Theron and Sir Paul are likely to attend and will be entertained by a conversation between the fashion designer and Jerry Seinfeld (reminder, Jer, leave the puffy shirt at home).

American Museum of Natural History Gala: A whale of a time in the Whale Room.

Cocktails flow early in the Theodore Roosevelt Rotunda—bully!—followed by dinner and a live auction (suggestion for AMNH: bidders would pay dearly for a date with out-of-this-world Neil deGrasse Tyson) in the Milstein Family Hall of Ocean Life. The annual event, which supports the museum’s educational and scientific programming, always draws a star-studded crowd; Meg Ryan, Baz Luhrmann and Kyle Maclachlan attended last year. This year, Tina Fey will serve as emcee and Bruno Mars entertains.

Bravo, Joan Weill. The dance company’s longtime board chairman recently announced her retirement so this year’s soirée should be bigger than ever. The evening starts with the premiere of Hofesh Schecter’s Uprising and Robert Battle’s Unfold, starring opera star Angela Gheorghiu, followed by dinner and dancing at the Hilton. Aside from Ms. Weill and her husband, Sandy (who is offering to match gifts of $100,000 or more), look out for cameos by Kathryn and Kenneth Chenault, Taye Diggs, Marcus Samuelsson and Jessye Norman.

ACRIA, a foundation battling HIV and AIDS, will pay tribute to Larry Kramer and photographer Bruce Weber at its annual holiday dinner, a who’s who of the gay, downtown and East End art world. Score some underpriced Contemporary works at the silent and live auctions, but be prepared to bid against the likes of Ross Bleckner, Gabby Karan DeFelice and Ariel Foxman. Don’t fret if your bid falls short; Tiffany provides swag bags so no one goes home empty-handed.

Lincoln Center, tickets for The Merry Widow start at $42

Board president Arie L. Kopelman and likely guests, Michael Bloomberg, Martha Stewart and Bunny Williams stop by for cocktails, hors d’oeuvres and arts décoratifs. But the real winner will be East Side House Settlement, a social service agency, which should receive a hefty check from the fund-raiser.

Hollywood meets Broadway at the Drama League’s black-tie gala. The highlight of the evening will be a musical revue drawn from honoree James Earl Jones’ career in theater, film and television. Likely guests Judith Light, Jefferson Mays, Billy Porter and Tyne Daly will act glad to see you.

To celebrate the year of the sheep, acclaimed conductor Long Yu will lead the orchestra featuring Yo-Yo Ma. The guest list for the recital will likely include: Angela Chen, Karen LeFrak, Steven Rockefeller and China’s Consul General Sun Guoxiang, (who will no doubt be on hand for crowd control—applaud!).

The Night of Too Many Stars: Comedians get serious to fight autism.

Some people apparently die from fits of laughter. Perhaps that’s why the producers of The Night of Too Many Stars schedule the star-studded comedy extravaganza—benefitting New York Collaborates for Autism—only every other year. Jon Stewart hosts and co-produces the event. Past performers have included Jimmy Fallon, Mike Myers, Sarah Silverman, Chris Rock and laugh riot Harvey Keitel.

Beacon Theater (followed by after-party at Museum of Natural History). 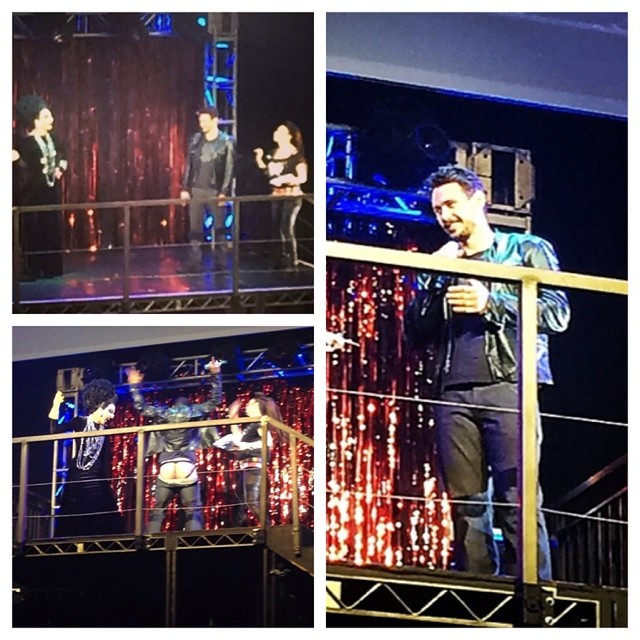