Reminded of this gem from April, 2003—a mesmerizing portrait of a very un-self-aware Eric Alterman, progressive writer enjoying a moment—its author George Gurley added some color in describing the aftermath of the piece’s appearance.

I really liked hanging out with Eric. I told him that at a party a few years later and he would not speak to me. The day the piece came out he e-mailed to ask that I return some books to his super (we lived on the same street at the time on the UWS) and that we never speak to each other again. He also wrote a letter to the editor complaining about three things. I think his letter was published. Not sure. Someone might want to look in the archives. Eric blogged about it. Called me Ann Coulter’s handmaiden and a moron at some point. One of the errors had to do with the “chicks” in a painting on his kid’s bedroom wall, mentioned towards the end. They were chickens. I wasn’t paying attention–didn’t look at it closely enough. —George Gurley, Sept., 2014 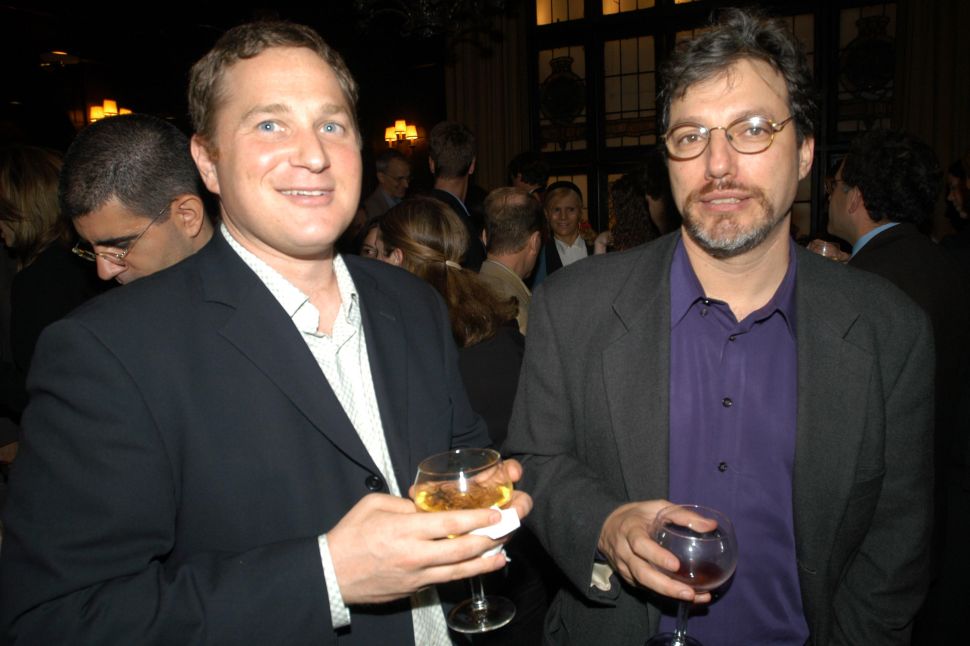