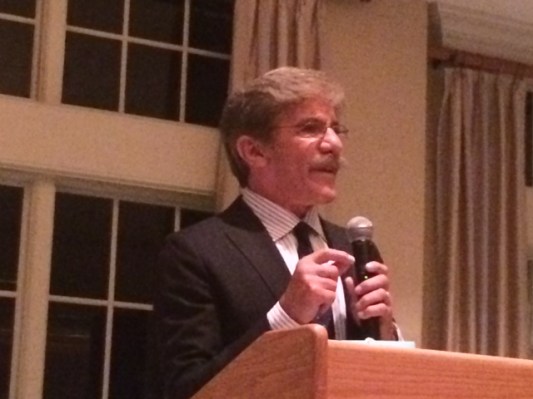 MIDDLETOWN – Prominent journalist Geraldo Rivera spoke at the annual Monmouth County Republican Victory Gala on Wednesday night with a message on how to achieve victory.

“[Former U.S. Congressman] Jack Kemp had a vision of the GOP that matches my own. He had a vision of the GOP that welcomes anyone and everyone,” said Rivera, a Fox News correspondent and radio reporter, before more than 300 people at the Navesink Country Club in Middletown. “I believe that the Republican Party, and I’m a registered, lifelong Republican, should be the big tent that Jack Kemp envisioned – welcoming, friendly, understanding and compassionate. That’s the attitude and face we should present. Be instructive. Be inclusive. Give them confidence that we can do a better job.”

Rivera lived in Monmouth County for more than a decade and once owned The Two River Times, a local weekly newspaper. He discussed a range of foreign and domestic issues in his talk, but targeted a specific concern that he feels could be holding Republicans back from more victories.

“I believe that we are on the wrong side of the immigration reform issue,” Rivera said, the son of a Puerto Rican immigrant. “It’s the easiest thing in the world to say let’s close the borders. But like Ronald Reagan said, these people are Republicans, they may not know it yet, but they are Republicans. You go to neighborhoods in Passaic and Paterson – they are entrepreneurial, but they are burdened by overregulation. They want to be Republican, but they want to feel welcomed and respected. We can make them Republican if we respect them. The person who is coming in search of the American Dream is not Ebola. There is no way that on God’s green earth that we will elect the President in 2016 or any other year as long as we have the position on immigration that we have. It doesn’t work.”

Fundraising efforts at this year’s Monmouth GOP Victory Gala event were directed towards the reelection of the two incumbent Monmouth Republican Freeholders, Lilian Burry and Gary Rich. Burry and Rich are facing off against the Democratic freeholder candidates, Giuseppe “Joe” Grillo and Larry Luttrell, who have benefited from an aggressive fundraising campaign directed by Monmouth Democratic Chairman Vin Gopal.

“Why do they say Republicans hate women? I am the first female director of the Freeholder Board of Monmouth County,” said Burry, who has served on the board since 2006. “Let’s keep Monmouth County the great place it is.”

“The Republican brand is second to none, and we need to make sure that we keep that number one in this election,” said Rich, who has served on the board since 2012. “Please make sure that we get the vote out.”

The Wednesday night event raised more than $100,000 for the Republican candidates, according to event organizers.

“I wouldn’t look at it that way. I think we have strong candidates,” said Golden, who also serves as the Monmouth County Sheriff. “Everybody knows what Monmouth County is about. We have one of the best places to live in the state of New Jersey, and it wasn’t done by mistake. It was Republicans who built the county, and I think our voters are smart enough to recognize that.” 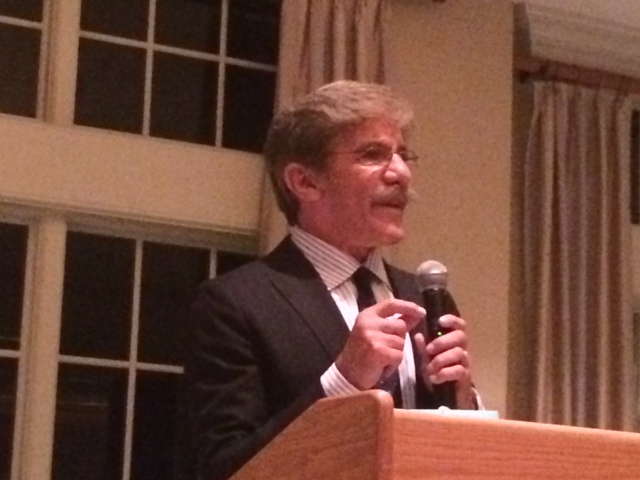