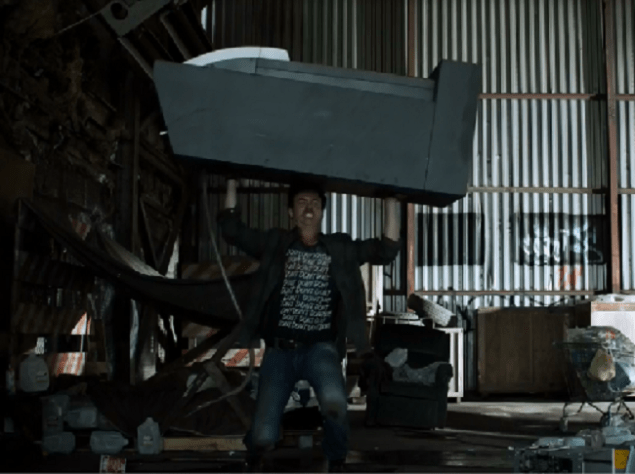 I mean he said don’t vex him.

Well, this episode featured exactly zero scenes with Barbara, and it was exponentially better than all four that came before it. Coinky dink? I think not. Also, no Montoya. No Allen. No your husband is a corrupt murderer, no I have no evidence to support that claim but remember when we used to be lesbians and do meth together? Gotham finally felt like a complete comic book puzzle with no soggy pieces that didn’t fit. Except for maybe like one of those Fish Mooney/Liza the Streetfighting Lounge Singer scenes, all of which could have been combined into one two minute scene. But still!

The things this episode did have time for were just awesome. There were some quality (as always) Oswald Cobblepot scenes, but the stuff that really hooked me was the parts that were just out there, man. That super drugged up dude just sprinting down the street with an ATM on his back, before basically melting into a puddle of crumbled bones? Yes. That old guy taking a face full of Viper, bending his walker into a weapon and launching Bullock through a door? That’s ridiculous and sign me up, please. Stan Potolsky, the deformed-eared villain of the week, hacking into the feed and giving a speech on screen at the Wayne Fundraiser? That is so super-villainy, and for some reason will never not be entertaining to me. Seriously. Attention, all TV shows, if you want a positive review just have a villain put his giant head on a screen and make a menacing speech. Bonus points if it’s at a football stadium. Super bonus points if you pull a Zod and it’s on ALL the screens. But I digress. Solid episode. Old men with drug induced super strength good. Barbara Kean bad.

As always, let’s run down every reference, fact, and nugget of Bat-history brought up in episode five,“Viper.”

Is Sal Maroni’s goon Frankie a character from anywhere?

Well, yes, but not Batman. IMDB and the credits list this character’s full name as Frankie Carbone. Frankie Carbone just so happens to also be a character from Martin Scorsese’s Goodfellas. He’s probably most known as the guy who gets murdered and stuffed in the meat locker. “When they found Carbone in the meat truck, he was frozen so stiff it took them three days to thaw him out for the autopsy,” Ray Liotta’s voiceover says.

A story that has nothing to do with Batman history. Unless…oh my god.

What’s the deal with that Russian gangster Nikolai, who also happens to be sinking his hook into Fish if you know what I mean?

There’s about a thousand times Batman has done battle with faceless and nameless Russian gangsters, so take your pick. Fingers so crossed that Nikolai somehow turns out to be the KGBeast, because KGBeast is the greatest villain name of all time. Unfortunately, KGBeast’s real name is actually Anatoli Knyazev, who hopefully never actually shows up on Gotham because there is only so many times I can misspell Knyazev.

I was watching about three quarters of this episode so excited to drop some knowledge and history on all y’all, which mostly would have been me saying quote smugly “Viper is quite obviously a reference to Venom, a major thing in the comics oooh look how much I know stuff.” But then they just came right out and said the word Venom and I was so shocked I had to stop stroking my mustache for a second to fetch my monocle out of my glass of chardonnay.

So what is Venom? Most people associate it with Bane, but actually the first person to get addicted to this super steroid is Batman himself. After failing to save a little girl’s life, and probably after years of jealousy over Superman’s mad skills, Batman decides to start dropping Venom. This, predictably, does not go well. 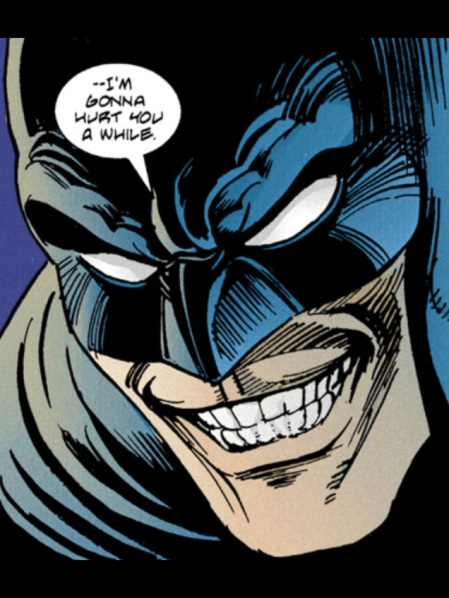 And yes, Venom is the drug that makes Bane do Bane. Although it’s Bane’s intellect that allows him to originally discern that Batman is actually Bruce Wayne, when he implements his genius plan of following Batman home. No really that’s it. Of course Bane then breaks the shit out of Batman’s back, because Venom is a hell of a drug.

Although no comic appearance of Venom forces people to say things like “do not vex me, mortal,” much like the Viper-high homeless guitarist does this episode of Gotham. Which, honestly, is a shame.

Blink and you’ll miss it reference! 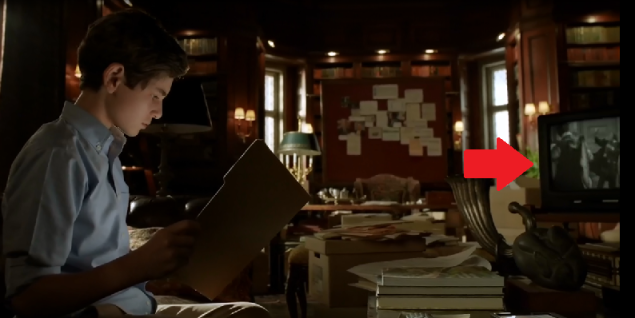 Before cutting to the news broadcast about Viper, the TV little Bruce Wayne is watching appears to be playing The Mark of Zorro. In most DC continuity, The Mark of Zorro is the movie Bruce and his parents went to see moments before they were gunned down in the sketchy alleyway where millionaires should not be walking at night.

So this could be a cool kind of continuation of Bruce facing his fears, here forcing himself to watch the movie he saw the night his parents died. Or Bruce just thinks black and white films from the 40’s are good background while perusing your parent’s murder investigation files. The kid grows up to dress like a bat every night. Don’t judge his hobbies. 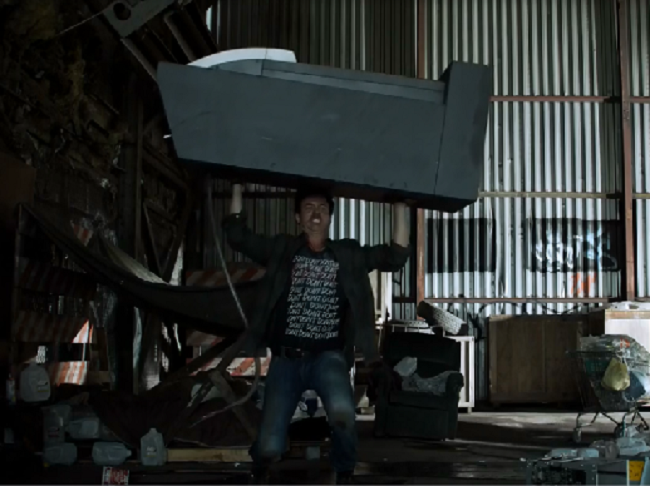