“You know what happens around a murder?” Detective Carver asks a potential suspect rhetorically, “A whole industry crops up. Groupies, rubber-neckers, who want a part of it. You’re only the first.” The suspect– a psychic who believes he is being given clues about Danny’s murder from the recently deceased himself–has made the usually querulous detective even more on-edge after presenting this “evidence” from the other side. But dealing with hippy-skippy psychics is only part of what Detective Carver had to deal with in last night’s Gracepoint.

The show opens with beautiful shots of an abandoned playground, lit softly with early morning sun. We see that Gracepoint is an almost cinematically beautiful town, making the recent murder of twelve year old Danny Solano all the more surreal. Detective Emmett Carver is up early this morning, walking through the small town looking for clues, thus kicking-off the hour long game of “Who Killed Danny Solano.” He makes note of an old house by the and a security camera nearby before returning to the office to meet with his partner, Detective Ellie Miller. Meanwhile Danny’s parents, Beth and Mark Solano, are finger-printed for “elimination prints” to ensure they are not potential suspects. Beth, unlike her husband, is quiet and consumed with palpable sadness. Unsure who to trust, she gives the detectives a list of everyone she knows– including personal friends–who may be responsible for the death of her son. In contrast her husband’s disposition is unsettling. He seems irritated that his life has been completely turned upside down which could imply that he is the murder we’re looking for, but that seems a little too easy.

Throughout the episode possible suspects come out of the woodwork and we find the beach-front town is a mecca of red herrings.

First, there is the small bag of cocaine found in Danny’s room and a wad of cash under the floorboard of his sister Chloe’s room. Upon questioning, Ellie discovers the drugs came from Gemma, the local hotel manager. Further questioning ensues and she admits the drugs were meant for a wealthy guest looking for a good time. She sent Chloe, who was cleaning rooms for extra money, to fetch the coke but the guest left before it was delivered. The detectives determine this incident has nothing to do with Danny’s murder and the whole thing appears to be a dead end (Though Gemma will likely face drug related charges in a future episode.)

We’re also made to believe that perhaps a bandana-wearing whale watcher is to blame when Jack suddenly remembers he saw Danny and the stranger chatting by the the week prior. This lead is perplexing because while strangers sporting backpacks and bandanas should always be considered suspect, one cannot help but wonder if the the timing in which the gruff sea dog is remembering all of this is a little too convenient.

And let’s not forget that psychic telephone technician, who Detective Carver sarcastically refers to as the “Telephone Guy Who Hears Voices.” After snooping through pictures of Danny on an officer’s unkept desk, the technician believes Danny has given him a piece of evidence from the other side and offers the officers a not-so-helpful, cryptic clue: Danny was put in a boat…?

Finally Susan–the old woman with the constantly barking dog– is thrown into the mix when Detective Carver knocks on the door of her trailer asking for keys to the old house he spotted earlier that morning. She reluctantly admits that she has a key because she cleans the property but checks his badge twice before handing them over. While fishing the keys out of a box we see what appears to be Danny’s skateboard tucked into the back of her closet, making her the most obvious person of interest thus far, but this still feels unlikely.

In the mean time, the Solano’s home is becoming a toxic reminder of the tragedy. We see that Danny’s bedroom door is covered in yellow police tape and a non-stop slew of detectives and forensics coldly bandy words like “the victim” about. Beth heads into town to escape the hell inside her home, though the onset of sympathetic stares from store’s patrons proves to be even more torturous. At her wit’s end, she encounters an old friend–who could possibly be an old would-be flame–the local priest.

She tells him she is pregnant but she hasn’t told anyone, not even her husband. Here again we are made to believe that there is something untrustworthy about Mark but it still seems that the only crime he is guilty of is adultery, not murder.

But just when you think you don’t know what to think in this murder mystery, Ellie receives a clue. It appears that the house contains a small trace of blood that belongs to Danny Solano, which determines that the beach front property is where Danny was killed. The house appears to have been scrubbed clean but the trace of blood and a few finger prints remained.

While the prints are sent to the lab, Detective Carver interviews Mark about the night of his son’s death. After video footage from the security camera proves he was not “working” as he claimed he was that night, the detective gives him another opportunity to explain his whereabouts. Detective Carver believes Mark is concealing an extra marital affair and assures Mark that personal information obtained in the interview would remain confidential. A still uneasy Mark claims he was with a friend, but can’t remember his name or where they went — making him seem more stupid than suspect. One would imagine that step one of being a murder is creating a concrete alibi, but Mark decides to play the “I’m too sad to remember where I was” card, leaving the detective unsure what to believe. At that moment Ellie calls to inform him that the prints have returned from the lab and they belong to none other than Mark Solano. With that, the screen flashes Gracepoint, and we’re forced to wait another week to find out what it all means.

The whole episode is designed to be a bit of a head-scratcher, leaving us even more unsure of the culprit than we were before. Though it revealed a number of potential suspects and a lot of explaining to do on Mark’s part, we’re left heavy– Beth’s sadness permeates the entire episode with palpable grief and there is relatively zero comic relief–and no closer to finding out what happened. Hopefully the show–that at this point is still a near word-for-word replica of the original British version–will throw in a few curve balls in the coming episodes. 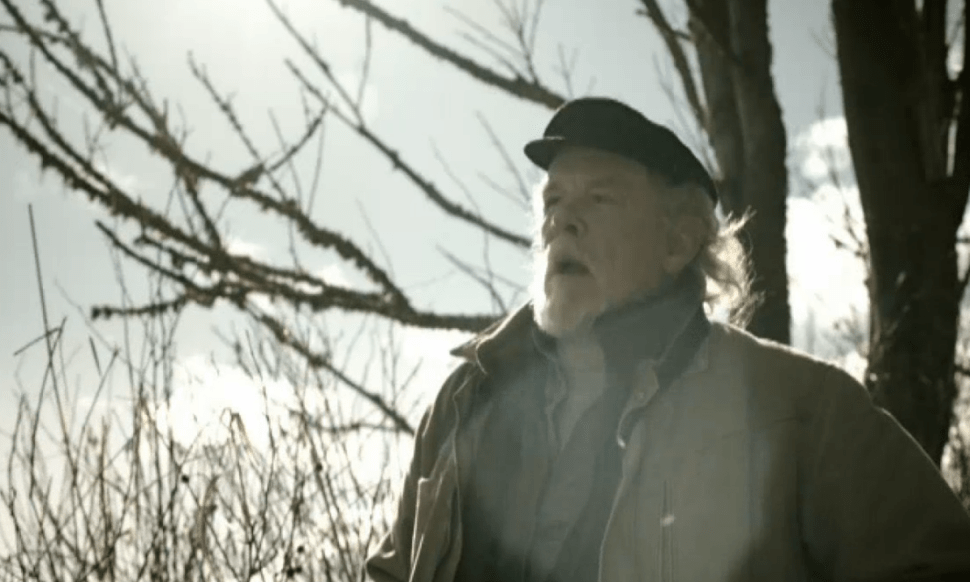