We’re half way through Fox’s ten episode mini series Gracepoint and no closer to finding the killer. In the last five episodes we’ve been made to believe that everyone in the formerly quiet beach-front town is responsible for the murder of twelve year old Danny Solano but we have yet to find out who’s really to blame and let’s be real, waiting for Ellie and Carver to crack the case will likely take another 4.9995 episodes.The sluggish pace would be annoying except that I’m utterly sucked in to the bizarre small town tragedy and the extra time provides my inner arm chair detective an opportunity to solve the case myself.

Speaking of throwing us off, the investigation is becoming increasingly crowded with random story lines, which I presume is intended to keep us waiting even longer. They’re stringing us along with affairs and pseudonyms when they should be giving us the person responsible for the death of Danny Solano. Every time a side line narrative comes up, it’s just irritating. Let’s get back to the murder case, am I right? (OK, maybe I’m letting my inner David Caruso get a little carried away here. I mean, the show is damn near an exact replica of the original British version Broadchurch but for the sake of not spoiling the mystery, I’ve opted not to watch any more Broadchurch until the killer is revealed as to fairly judge the way the mystery unfolds–I’m also kind of enjoying the opportunity to play Whodunit every week–but enough about me, we must focus on the writers and their annoying attempts to through us off the case!)

So, after careful consideration I have to say my money is on Reverend Paul.

Think about it, he’s in still in love with Danny’s mother Beth. That much has been evident from episode one, but we found out last night that all of their odd flirting is because they used to date when they were teenagers.

Also, he’s suddenly an insomniac? He told the detectives that he has insomnia which is why he was up watching Beth and Ellie on the beach at 4am. It is also his new alibi as he alleges the he was up very late  writing a sermon the night Danny was killed. I’m not buying it.

Remember, the Reverend is not a saint. Think back to last week when he physically assaulted the Telephone Guy Who Hears Voices for consulting with Beth. “If she needs comfort, she has me” he said like a jealous teenage girl.

The best rationale I have for assuming Paul is the killer we’re looking for is because he is the only one with a real motive. My guess is A) he killed Danny because he wanted to break up the Salano family and get closer to Beth or B) he is Danny’s real father and couldn’t stand to see him raised by the man who stole his girlfriend’s heart!!!!

That might be far fetched but I’m sticking with Reverend Paul. Though knowing the show we’ll likely have to wait another 5 episodes to know for sure.

Who do you think it is? Creepy Ruth? Pedophile Jack? The Telephone Man Who Hears Voices? Let me know in the comments. 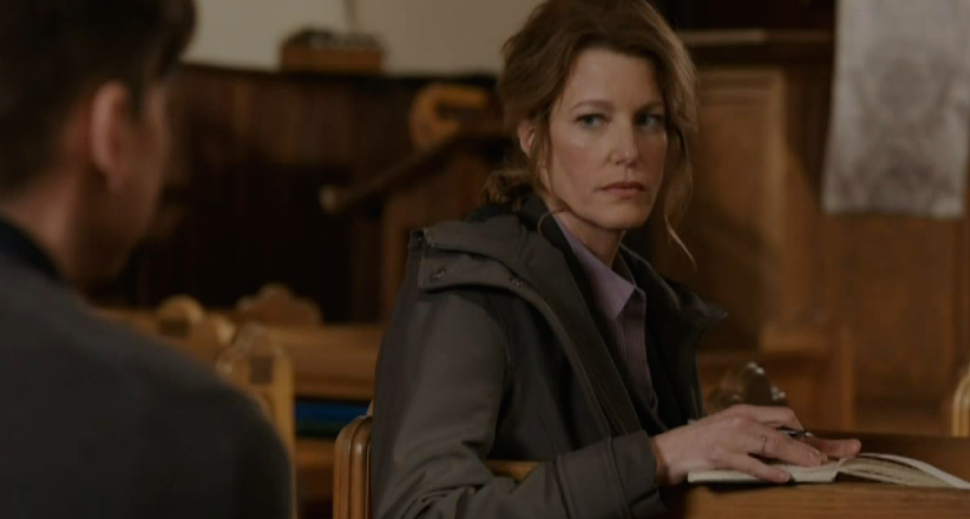