Congressman Michael Grimm today launched a new 30-second television and web ad promoting his work in his Staten Island and southern Brooklyn-spanning district in the aftermath of Hurricane Sandy in 2012.

Unlike his previous two spots–“Tax-Raising Machine” and “Liberal Dream Team“–which assailed his Democratic challenger, former Brooklyn Councilman Domenic Recchia Jr., “There For Us” is a positive piece featuring constituent testimony spliced with photos of the GOP congressman after the superstorm. It opens with a voiceover speaking as a Staten Island Advance story about a woman who lost her family to the disaster appears onscreen.

“I was underwater, I think it was pitch-dark, and then a wave just came and took me. And I just floated away,” Pat Dresch, whose husband George Dresch and daughter Angela Dresch died in the storm, recounts. “And I was praying the whole time, ‘sweet Jesus, get me through this.'”

“I wake up at the hospital, and I’m just screaming, ‘my daughter, my daughter, my husband, they’re still out there,” she says. “Congressman Grimm was at my bedside. He didn’t know me. He says ‘we’re going to take this one day at a time, and I’m going to help you.'”

As the roll of stills showing Mr. Grimm–with his back turned in most shots–aiding other storm victims, Ms. Dresch vouches for Mr. Grimm’s sincerity and for his having helped obtain billions in aid from Congress.

“He extends his heart, he puts himself–Michael puts himself into the situations,” Ms. Dresch says. “You know, if he says he’s going to go out there and fight to get the money to help these people on Staten Island, he’s going to do it. And he did!”

Mr. Recchia has long blamed Mr. Grimm and his GOP colleagues for the two-month delay in Congressional funding post-Sandy–in contrast to the week-and-a-half wait period before southern states saw assistance after Hurricane Katrina. The Democrat, former chairman of the finance committee, was however unable to answer Mr. Grimm’s prompts about the funding process at a recent debate.

The incumbent has sought to shift attention to the failings of former Mayor Michael Bloomberg’s Build it Back program.

The new ad does not feature any references to the Dachsund Mr. Grimm obtained for Ms. Dresch earlier this year, which she named “Little Mikey” in his honor. 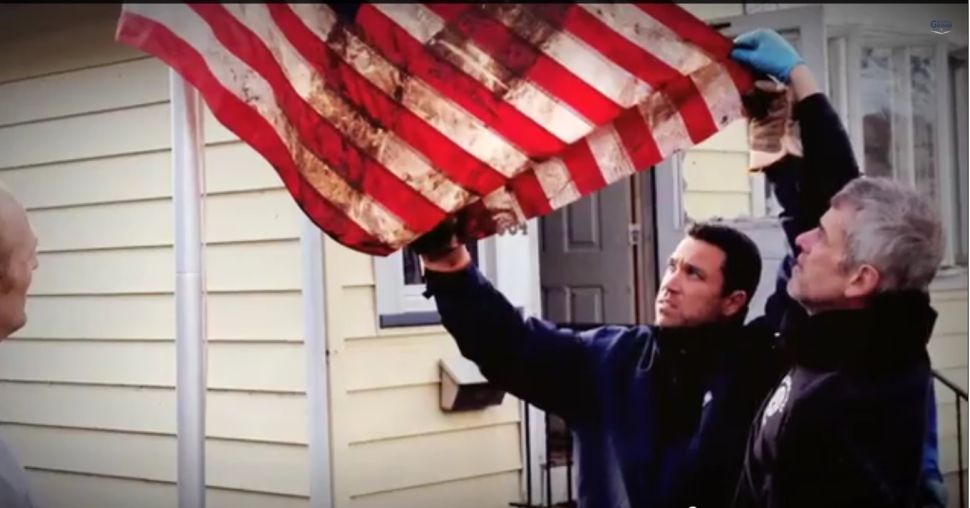