Despite out-raising the incumbent by a factor of almost five-to-one in the last filing period, the survey of 713 likely voters found Mr. Recchia drawing only 34 percent of the electorate, down six points from a month ago. Mr. Grimm’s support in his Staten Island and southern Brooklyn-spanning district, on the other hand, shot up nine points to 54 percent–with Green Party candidate Hank Bardel commanding five percent of the vote.

If accurate, the poll shows a dramatic turn of events in the race, which was expected to be among the tightest in the nation–in part due to Mr. Grimm’s 20-count federal indictment for alleged tax fraud and perjury relating to the operation restaurant he co-owned prior to his 2010 election. The district is historically conservative, despite heavy Democratic Party enrollment, though President Barack Obama won it twice.

“Early on, this race looked like it was going to be one of the closest in the state–a former Democratic City Council member taking on an embattled incumbent Republican under Federal indictment in a district that is–at least by enrollment–dominated by Democrats,” pollster Steven Greenberg said in a press release. “That no longer seems to be the case, as Grimm has taken a commanding 19-point lead into the final days of the campaign.”

Mr. Greenberg’s numbers showed Mr. Grimm slashing Mr. Recchia’s lead in his native Brooklyn from seven points to just three points, while taking a commanding 28-point lead in Staten Island, which accounts for nearly 70 percent of all votes. The candidates were previously tied among female voters, but Mr. Grimm now leads his challenger by 19 points among both sexes.

Mr. Grimm has seen his overall approval rating jump from 39 percent in September to 48 percent this month, while 46 percent of voters now view Mr. Recchia unfavorably. A large part of the dramatic swing, according to Mr. Greenberg, is due to a second wind of support for Mr. Grimm among members of his own party and independents.

“Grimm’s favorability rating is essentially unchanged with Democrats, however, his positive rating from Republicans has jumped from two-to- one to better than three-to-one. And independents, who had previously viewed Grimm unfavorably by an 11-point margin, now view him favorably by a 13-point margin,” Greenberg said. “Recchia’s favorability rating tanked with Republicans and independents.”

The poll’s margin of error is 3.7 percent.

Mr. Recchia has used his huge financial advantage to flood the airwaves with advertisements and blanket stoops and porches with mailers. But he has suffered from a series of embarrassing on-camera gaffes, showing a poor grasp of trade and foreign policy issues, culminating in a vicious national humiliation on the Daily Show.

Since then, it appears he has been avoiding press altogether. But his campaign broke a months-long silence to the media to attack Siena’s methodology and Mr. Grimm in the wake of the poll, citing several occasions when the college’s famed surveys have been inaccurate–though none of the examples showed a gap as wide as 19 pionts.

“The only poll that matters is on Election Day. People here are ready for change. Michael Grimm’s indictment has made Staten Island a national embarrassment and the people of Staten Island and Brooklyn are ready for a Congressman who spends more time fighting for his constituents than fighting his criminal charges in court,” said Recchia campaign manager Ashleigh Owens. “Siena’s polling and methodology across the state and in this district in recent years, has been notoriously inaccurate and we have no reason to believe this is any different.”

Mr. Grimm, on the other hand, celebrated by posting the results on his Facebook page.

“Hard work pays off and it’s clear that Staten Islanders know I have their back,” he wrote.

Updated to include comment from Ms. Owens and Mr. Grimm. 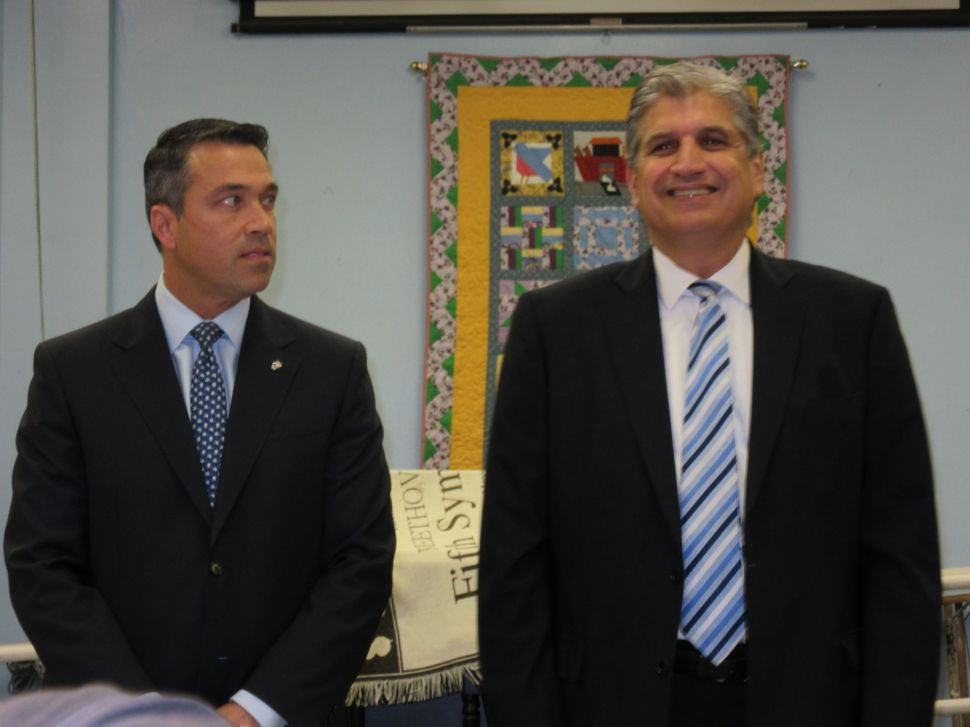