In next Thursday’s 2014 midterm election, residents of Oregon, Alaska and Washington D.C. will vote on their right to light up.

To answer the Internet’s questions about what this might mean, real, live experts on marijuana legalization (no, not your drug dealer or some dudes form r/tress) hosted a Reddit AMA yesterday.

The experts were John Hudak and Phil Wallach of the Brookings Institution, one of Washington D.C.’s oldest think tanks. The two have studied how Washington and Colorado have implemented their systems of legal, recreational weed.

Because so many people are interested in the ever-changing landscape of this important social issue, Betabeat took some time to read through the AMA and summarize the most informative questions and answers. Here’s what we learned:

What’s up with employer drug tests these days? Can you be held accountable for failing if you just returned form Colorado?

PW: When legalizing, some states rule that employers can do whatever kind of drug testing they want.

JH: It’s tricky because you can test positive for THC and not be under the influence since it stays in one’s system much longer than other drugs. The issue is currently unfolding in Colorado, and so far, the state is giving businesses the power to enforce drug testing. The Colorado Supreme Court will rule on the case and set the standard soon.

What are CO and WA doing about marijuana DUI definitions and measurements? Has anyone come up with a good, science-based solution for determining whether a person is driving while marijuana-impaired?

PW: Both states define a threshold of intoxication at five nanograms of THC per mL of whole blood. Anyone that tests above that level is automatically guilty, which is controversial, again because THC stays in the bloodstream longer than say alcohol. Other states now considering legalization aren’t all defining a specific limit; instead, Oregon calls for further scientific research.

What have been the direct economic effects of legalization in CO and WA so far? Any quantifiable data?

JH: It’s very early in all of this and difficult to tell. Colorado has commissioned a study to get an idea regarding demand, though, and The Washington Post reported that recreational sales have surpassed medical sales in the state. Additionally, a working paper by Harvard/CATO that touches on these issues is being circulated as well.

“The Domino Effect.” If the vote passes in Oregon, Alaska and/or D.C. this election, it’s safe to assume it will impact further legalization. But at what point do you believe the nation will reach a sort of critical mass and begin to put meaningful pressure on the Federal Government to reschedule Marijuana to schedule II or lower?

PW: Every successful campaign gives momentum and encourages advocates to press harder, which may mean more states putting it on the ballot in 2016 as well as more lobbying for action in state legislatures (such as Vermont’s). It should create some political space for Congress to act, but  it will also encourage the opposition to push harder and become more organized (currently, they’re quite politically disorganized). There are anti-legalization groups (Project SAM being the biggest), but politicians aren’t taking such a stance these days.

If Washington D.C. votes to legalize marijuana, do you think Congress will intervene?

PW: You’d think they’d feel obligated to since it’s a slap in the face to the Controlled Substances Act to have legal recreational marijuana in the District, but it isn’t likely. Marijuana was decriminalized in D.C last year (making possession punishable by only a $25 ticket). They didn’t react to that, and plus, it’s difficult to get anything through Congress these days.

What will be the status on marijuana in the U.S. in 10 years?

JH: Most states will allow medical marijuana. It’s hard to say with recreational, but I am certain many more states will allow it by then. New England states, Mountain West states and red states with deep libertarian streaks are likely to be first to legalize for recreational use, while deep red, bible belt states like Mississippi and South Carolina may be among the last. 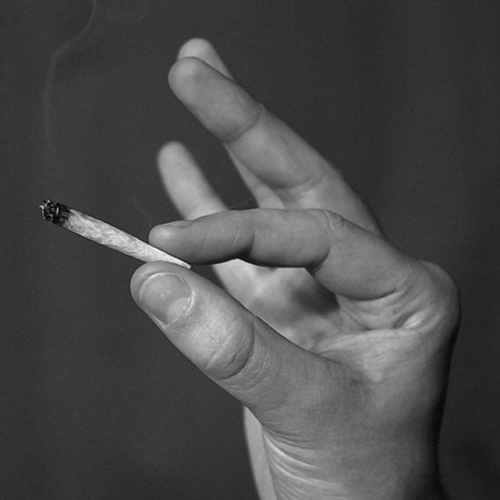