James Deen does not identify as a feminist. He’s said it before, and he said it again when the two of us had lunch recently on the Lower East Side.

“Would you say you’re a feminist?” I asked point-blank.

I was surprised, even though I should have seen it coming. “No?” I asked again.

“Absolutely not.” He was clumsily and messily picking apart his grilled cheese sandwich because he didn’t like it.

“So why don’t you identify with that word?” I asked, eating my salad as calmly as possible, in a way that I hoped concealed my growing fury.

“I don’t know, I’m a dude,” Mr. Deen said. “I believe in equality, and I think a lot of feminism has a – I think there’s a lot of really bad people in the feminist movement. And I think that it is just, uh, I just don’t care. I think that people should all just be good to each other, and it doesn’t matter if they’re men or women, and it doesn’t make a difference, and I’ve had whole tirades about this. Now I’m just kind of tired of it.”

And yet, Mr. Deen seemed repulsed by the word “feminist.” Not only that, he was seemingly incapable of and uninterested in talking about gender whatsoever, his responses jokey and immature.

“I don’t identify as a feminist. I absolutely do not,” he continued, still playing with his grilled cheese. He’d later push it away and tell the waiter he couldn’t eat it. “I think the concept of any –ism is horrible. I think people should just treat each other with respect, and don’t be a dick and call your mother sometime. That’s my philosophy.”

Was this seriously the Ryan Gosling-esque guy Jezebel said was capable of talking about gender policing?

But maybe, I thought as I headed home at the end of the day, my frustration with him was misplaced. Mr. Deen, after all, didn’t become a porn star so he could become a feminist activist — he did it because, as his own blog so eloquently states, “he knew he was destined to have sex with girls on camera. Ever since he was in high school he was a true exhibitionist — who enjoyed having sex with girls in front of his friends at different parties all over Los Angeles.” No, the man isn’t exactly the next Simone de Beauvoir, but then again, it’s not something he ever purported to be, either.

In the 60s, Mr. Dylan struggled with fans who insisted on linking his music to the Civil Rights Movement. In interviews, reporters would bombard Mr. Dylan with analytical questions about the meaning of each and every one of his lines, seemingly desperate to neatly package him as a symbol of social change. In response, the young musician would often respond with an immature giggle and goofy response.

“For some reason,” Mr. Dylan later said, “the press thought that performers had the answers to all these problems in society, and what could you say to something like that? It’s just kind of absurd.”

In the evening following our lunch, I sent Mr. Deen a follow-up email. “Do you think the media — and people in general — have gone out of their way to label you as a feminist? Why do you think so many people expect you to be a feminist?” I asked.

His two-line response could as well have come from the mouth of young Mr. Dylan, when asked in 1965 about the symbolism of a motorcycle t-shirt on one of his album covers.

“hmmmm i don’t know,” Mr. Deen wrote. “i really don’t know what or why other people think things.  i don’t really think about it either.  i just try to do what i think is right and not worry about the opinions of others.” 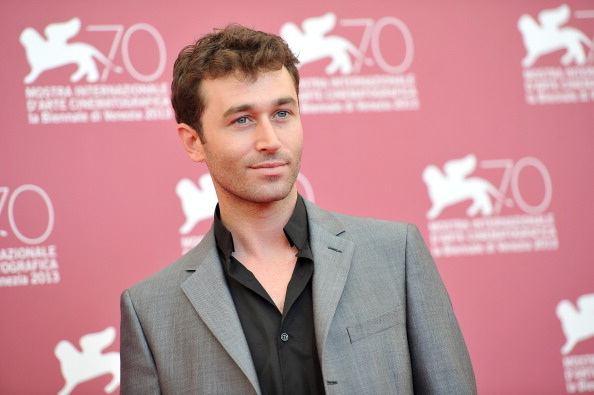