The tax returns of lieutenant gubernatorial candidate Kathy Hochul–who is running alongside Gov. Andrew Cuomo on the Democratic and pro-choice Women’s Equality Party Line–show she and her husband donated to the ministry of Charles Swindoll, a Texas-based evangelical radio preacher with strongly anti-abortion views.

Ms. Hochul and her husband William Hochul, a United States Attorney, gave $250 to “The Bible Teaching Ministry of Charles Swindoll” in 2012–her final year representing the Buffalo suburbs in Congress. Ms. Hochul and Mr. Cuomo have spearheaded the new “Women’s Equality Party” line, dedicated to the passage of the 10-point “Women’s Equality Agenda”–which would codify an array of anti-discrimination statutes, as well as unfettered access to abortion services.

The latter has been a sticking point for the Republican-controlled State Senate, which has passed all nine of the other 10 points, but refused to support the final pro-choice clause–despite the entirety of the legislation passing in the Democrat-dominated Assembly.

Mr. Swindoll, a born-again Christian who serves as chancellor of the Dallas Theological Seminary, wrote a book entitled “Sanctity of Life: The Inescapable Issue” in 1990. In it, he rails against the early termination of pregnancies.

“Who, with a clear conscience, can sit back, say little, and do nothing while babies continue to be killed?” Mr. Swindoll wrote. “It has come to the time where the most dangerous place to be in America is not in the inner city where gangs threaten innocent lives or in angry prisons where only the fit survive…but in the womb of a mother who is being told if she doesn’t really want the baby, an abortion is the solution. May I ask? How would you like to be that baby inside the womb of a woman who isn’t sure she wants you to live any longer?”

Mr. Swindoll also has made remarks critical of homosexuality and pornography.

Ms. Hochul said she and her husband were unaware of Mr. Swindoll’s socially conservative opinions when they donated.

“During my entire time in public service I have always been 100 percent pro-choice and pro-marriage equality. My husband and I were unaware of Mr. Swindoll’s views on a woman’s right to choose and marriage equality when we donated $250 to the church–we do not support his statements or opinions on women or marriage equality in any way shape or form,” she said.

The candidate, however, did not say what initially inspired her and her husband to give to Mr. Swindoll–whose church appears to have no presence in New York State.

Ms. Hochul has a record of pro-choice positions, but has also historically taken conservative stances on gun control and immigration issues–which served as fodder for her liberal Democratic primary opponent Tim Wu. Her returns show she has donated to a number of other organizations, including Goodwill, numerous Roman Catholic organizations and–last year–$270 to reproductive services group Planned Parenthood.

During the primary, Mr. Cuomo’s longshot challenger Zephyr Teachout called the Women’s Equality line “a sham party,” pointing to reports that the governor had colluded with the State Senate’s breakaway Independent Democratic Conference to allow the GOP to continue to control the upper house of the state legislature–which led to the failed effort to pass the complete Women’s Equality Agenda.

This story has been updated to reflect that Mr. Hochul is currently a U.S. Attorney. 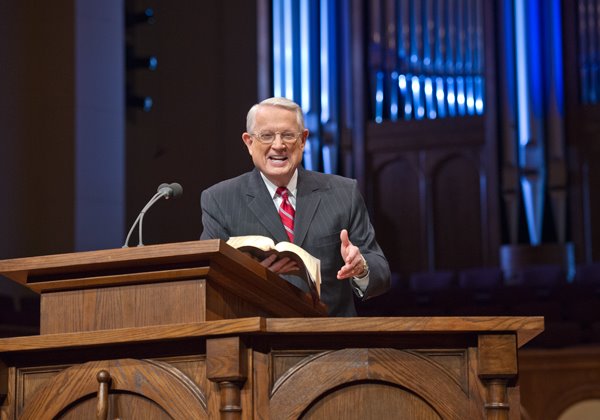