Hamptons traffic was worse than August this past weekend, but a bottleneck can’t stop the Hamptons International Film Festival—in fact, hordes of regular ticket holders were turned away because too many movie stars and Tinseltown executives and corporate sponsors and assorted other VIPs gobbled up seats to the hot films. Sorry to the disgruntled East Hamptonites who expected to see Mark Ruffalo and Steve Carell in Foxcatcher, but look, there are many fine documentaries screening the next day.

“I stood in the rain!” yelled the collective voice of the passed-upon East Enders.

“We’re very sorry sir,” the powers that be responded.

But much more heinous crimes than denying locals entry were portrayed on screen.

In a Q & A with the audience after the Foxcatcher screening, director Bennett Miller said he had not visited John DuPont—the man who committed the murder that the film is based on—as part of his research, but that those who had were stunned at how much Mr. Carell with his prosthetic hooked nose and dead-eyed drawl looked like the criminal. Mr. Ruffalo shared that he had gained 30 pounds of muscle to play the part of Olympic Wrestler Dave Schultz, but none of the bulk had made him feel comfortable speaking off-camera to Mr. Carell, who rarely broke from creepy character.

“It wasn’t something precious,” Mr. Ruffalo said. “I just didn’t, we didn’t talk much.”

Earlier in the day, Richard Gere, whose silver mane was even longer than the locks he rocked as a homeless guy in Time Out of Mind, said one of the first scenes they’d shot had him begging, for real, on Astor Place, the camera unobtrusively taking a long shot. No one recognized him.

Festival folk spent many of the weekend’s kibitzing hours talking about Bill Murray’s ability to entertain a room, as he did at the Thursday night screening of St. Vincent. Someone had asked him how he studies to prepare for a part.

“I don’t do that,” Mr. Murray deadpanned. “I like to ride my bicycle around.”

I met Patricia Clarkson as she dashed from hair and makeup at c/o The Maidstone hotel to the Friday night screening of Learning to Drive at Guild Hall.

“We just have to take some pictures before it starts,” she said. “Then we can go away and come back after to answer some questions. Maybe they’ll tell us they hated the film.”

Audiences at these things usually pretend to like the films even if they didn’t, I reminded her.

“People try to be nice for at least a few minutes,” she said.

Instead of previews before each screening, there were short animated conversations voiced by Alec Baldwin and Bob Balaban. In one, Mr. Baldwin complained about how crazy it was to have a film festival in East Hampton, where the public parking lots only allow two hours parking and enforcement is famously draconian. Some moviegoers pretended to laugh, but the joke hit close to home: most people were still breathing hard from having to walk a mile back to the theaters in town from where you could park without a time limit 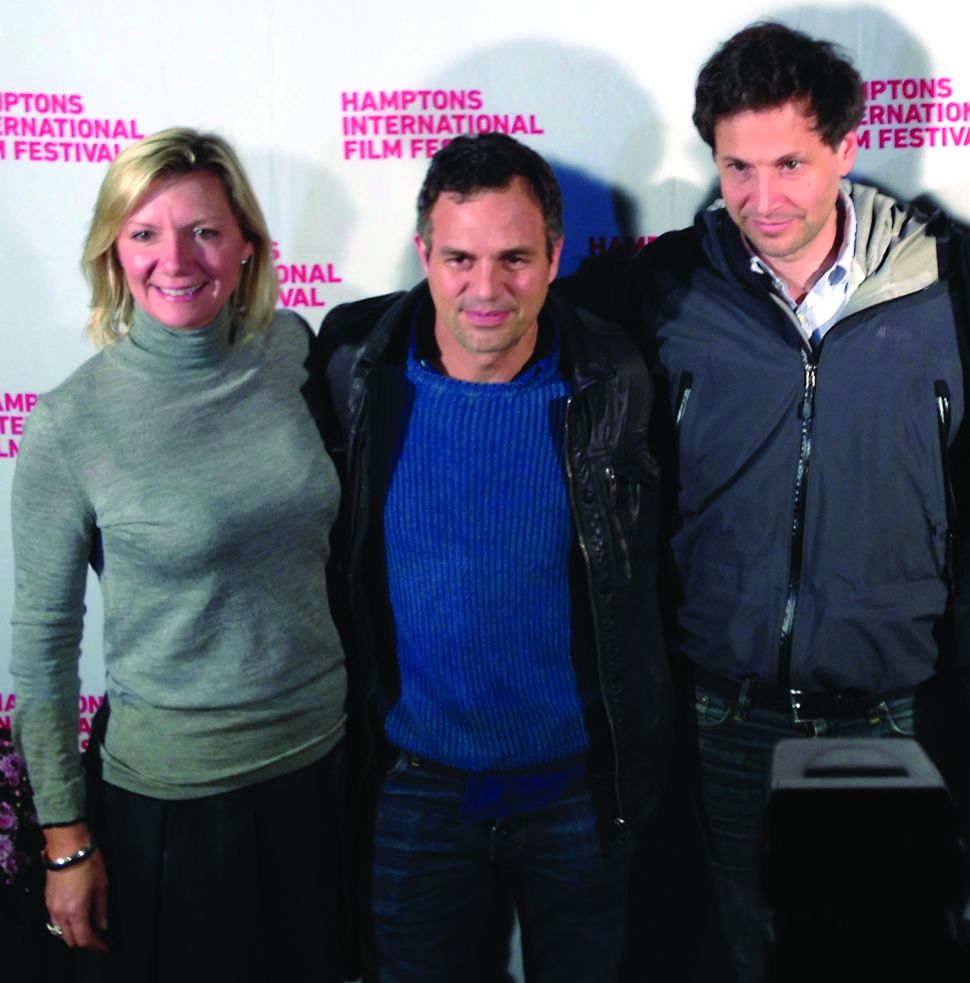