You need to bring some suspension of disbelief to enjoy this episode of Homeland, but it’s worth it. Sure, it feels like it should have been harder for Fara to capture that really good video of a heavily guarded Haissam Haqqani and send that video to Carrie, all while speaking very loudly about it in the middle of the street, but it establishes an important plot point, and we didn’t need to spend a lot of time on it. Also, the idea that Quinn would have to be within 5 feet of Farhad Ghazi phone in order to clone doesn’t sound like a real thing. Little questionable stuff like that will probably continue to happen, so if it’s a problem, hit the bricks.

Some important questions get answered in this episode.

Dennis Boyd, Ambassador Boyd’s weasel of a husband (and Duck from Mad Men), was the person leaking secrets to Sandy. He thought he was off the hook and could continue teaching at Islamabad Community College but no dice. A woman and some thugs threaten to rat out Boyd and ruin his wife’s career if he doesn’t continue supplying info. Who are they working for?

Whoever Sandy was trading secrets to ordered his death. The man who orchestrated the mob killing of Sandy is Farhad Ghazi who also works as an off-the-books assassin for ISI. The implication here is that the Pakistani government is behind Sandy’s death. Saul pulls favors to have a meeting with someone high up in Pakistani Intelligence, but the meeting goes nowhere. The guy seems to be telling Saul to screw off and while it comes off like an admission of guilt, this ISI lead is probably a red herring. Even with the Farhad Ghazi thing, I doubt the ISI is behind all this. It would be too obvious and boring. Also, the choice would be going a little too far politically for a show that already has a history of being called Islamophobic.

Redmond, the old station chief, is trying to get some dirt on Carrie. Is Redmond just bitter over Carrie bumping him from Station Chief back down to whatever he is now or does he have something to hide? Maybe others do too. Redmond tasks another agent with following her and trying to figure out where she got that picture of Farhad Ghazi. There isn’t a tail Carrie can’t lose, you fool. And there is more to this. Not only was the Ambassador’s husband leaking secrets, but Lockhart knew about it. Maybe Redmond ordered Sandy’s murder on Lockhart’s orders. I think they’re more likely to be revealed as Sandy’s killers than the ISI.

Quinn is in Islamabad and he’s not ok with all the false promises being made to Aayan. He’s also very concerned with Carrie’s safety. I still don’t think Quinn is in love with Carrie, but that’s the agenda they pushed last week so it’ll probably become an issue soon. It sounds like Quinn is still planning on leaving the CIA, which of course cannot happen as long as he’s such an important character, but the man is not the cold killer he used to be. The revelation that Haissam Haqqani is still alive will keep Quinn in the game for now.

Oh, BTW, Haissam Haqqani is still alive. As a matter of fact he was probably never at the wedding when the drone strike hit it. It was all a fake out to make the CIA believe that Haqqani is dead. Carrie and Quinn both think that Sandy’s murder was set up to help cover up the fact that Haissam Haqqani wasn’t killed in the drone strike. This doesn’t seem like the most logical conclusion, because Sandy’s death only caused further investigation.

Mira Berenson probably isn’t too happy that Saul is still in Islamabad. Saul was almost on his way home and all the sudden he’s pulling favors with a Pakistani former General who likes to be called Bunny and thinks 9/11 was a hoax perpetrated by America and Israel. That probably upset a few people on twitter. This is definitely Saul overstepping into CIA business. This looks like it has potential to blow up in his face if it gets back to Lockhart.

Ayaan has become much more complex now that we know that Uncle Haissam the terrorist is alive. What did he need that medicine for? Is that “awe shucks” innocence just an act? Probably not but it would be such a great heel turn. Whether by design or by circumstance Aayan has close ties to a huge terrorist and lied about it. That is the best way to become Carrie’s boyfriend. This kid didn’t even have a chance. Aayan even tried the “What are you doing?” line when Carrie grabbed his junk. That’s all the resistance he was able to put up. Carrie has become so detached that she doesn’t mind having sex with Aayan to use him as as a “stalking horse.” Aayan is about to lose his virginity in a CIA sting which is a better story than most people have.

The big questions answered are:

The questions have been raised: 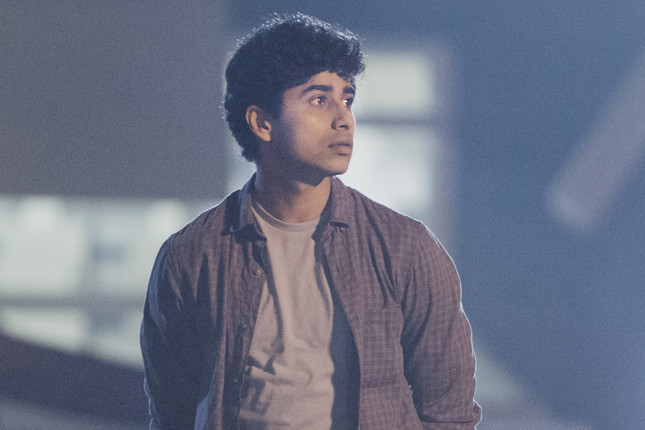