On October 6, Sue Donoghue, who headed Mayor Michael Bloomberg’s PlaNYC parks and sustainability program, will take over as president of the Prospect Park Alliance, the nonprofit that fundraises for and administers day-to-day operations of Brooklyn’s most visited green space. We met with Ms. Donoghue last week in her third-floor office in the historic Litchfield Villa, which serves as the borough’s Parks Department headquarters

Your PlaNYC experience seems like it might be useful in your new role. It’s an incredibly helpful background. We were looking to do significant city-wide initiatives—planting trees across the five boroughs with the Million Trees campaign, targeting school playgrounds across the city that were underserved to create more open space for active recreation through the Schoolyards to Playground program—and you need to build consensus both with community groups and elected officials.

That’s often less straightforward than one might think. Right, coming from Parks, we’re building a playground, we’re planting trees. But people don’t always love it. In the case of a schoolyard, there can be issues about keeping it open after hours, issues with security. Sometimes people have concerns about things you think are going to be good. It’s about understanding those concerns and getting to the people in that community in a helpful way.

How will Brooklyn’s rapid transformations affect your role? The job is one of constant outreach. The community is constantly changing. The demographics are shifting. It’s up to us to make sure we’re able to serve the needs of people who are moving in, reflecting the neighborhood as it’s changing.

Some neighborhoods near Prospect Park, like Flatbush and Lefferts Gardens, have changed less than others—Boerum Hill and Prospect Heights, for example. That’s the challenge. How are we making sure that we engage those users that have been engaged for a long time, but also reach out to new users? There’s a beautiful, wooded area in the northeast corner of the park called the Vale of Cashmere. We’re going to be working on opening it up to create another area for people to visit. It’s on a side of the park that really didn’t have as much access as we would like. The Lakeside Center, which opened this summer, is also a new addition. I was here and using the park when we had the old Robert Moses-era skating rink with the biggest parking lot you’ve ever seen. We took out that parking lot and added three acres of parkland.

You will be both president of the Alliance and the park’s administrator for the Parks department. They’re very complementary roles. When I was at Parks, the agency pulled together all the administrators on a regular basis and I saw that it was helpful for them to talk about the challenges they were facing, programs that were successful. My Alliance role is very different. It’s very local. You are a manager on the ground. You get to listen to what people’s concerns are, and can feed that back to Parks. The concerns of residents in Brooklyn may be very different from those of residents in the Bronx.

Some say that groups like the Alliance and the Central Park Conservancy should share resources with less well-funded parks. People think of Prospect Park as similar to Central Park, and it’s not. It doesn’t have a similar budget. We are a small non-profit and we have a big responsibility right here in front of us. Obviously, we are aware of and interested in being part of the conversations on the issue of park equity. Parks are very democratic areas. They’re diverse. They’re where people come together. 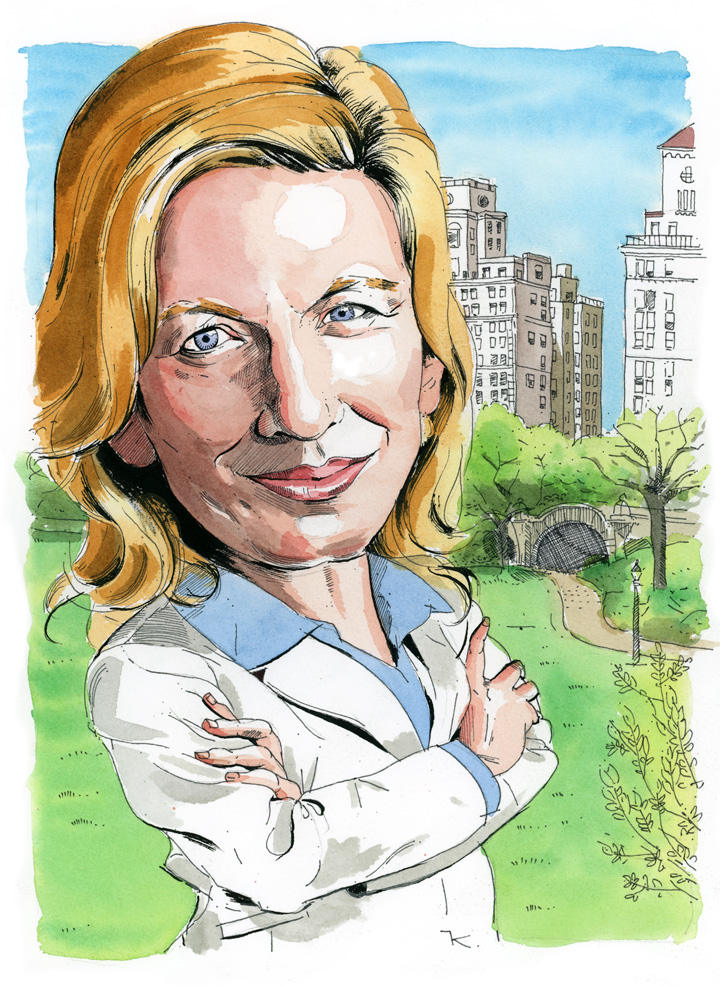