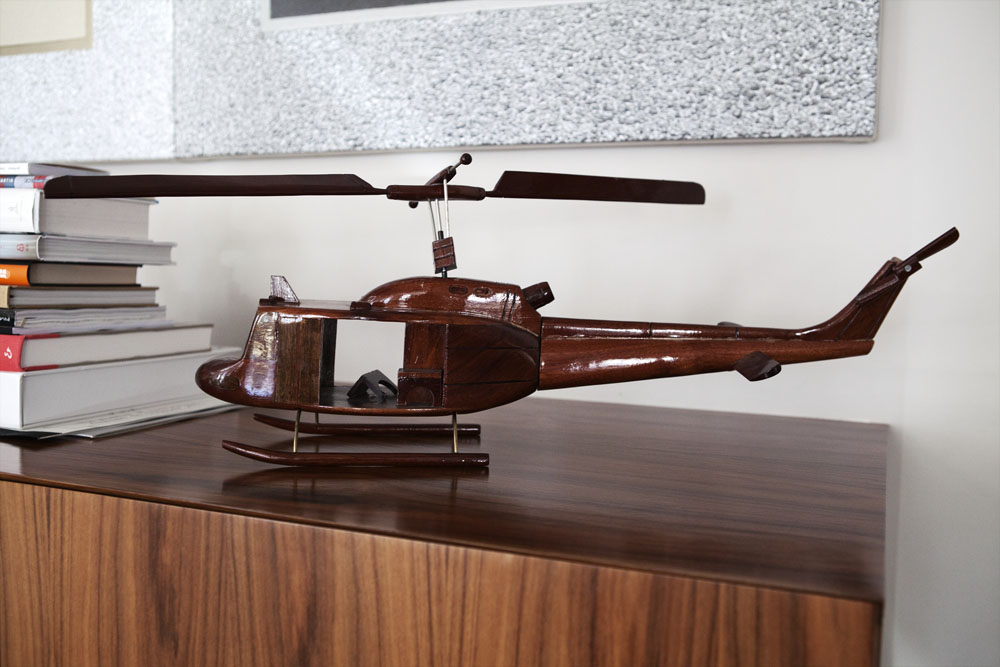 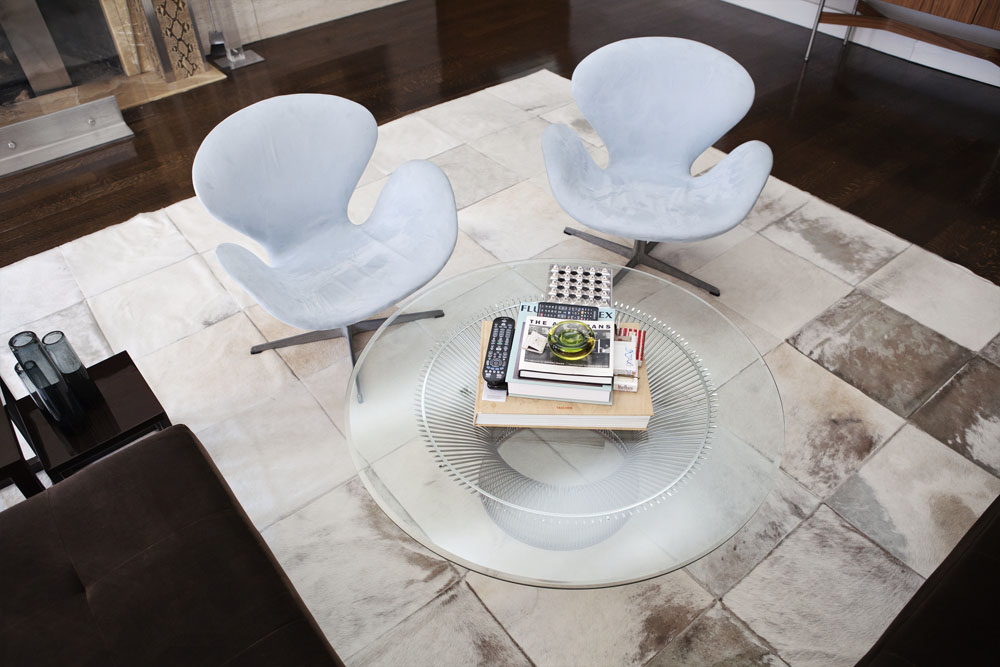 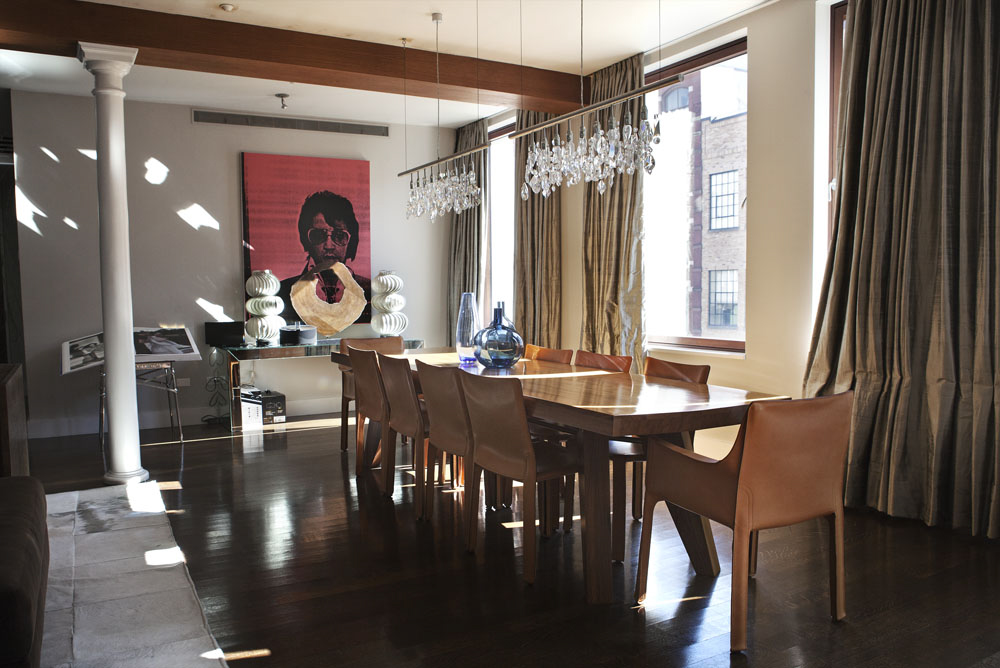 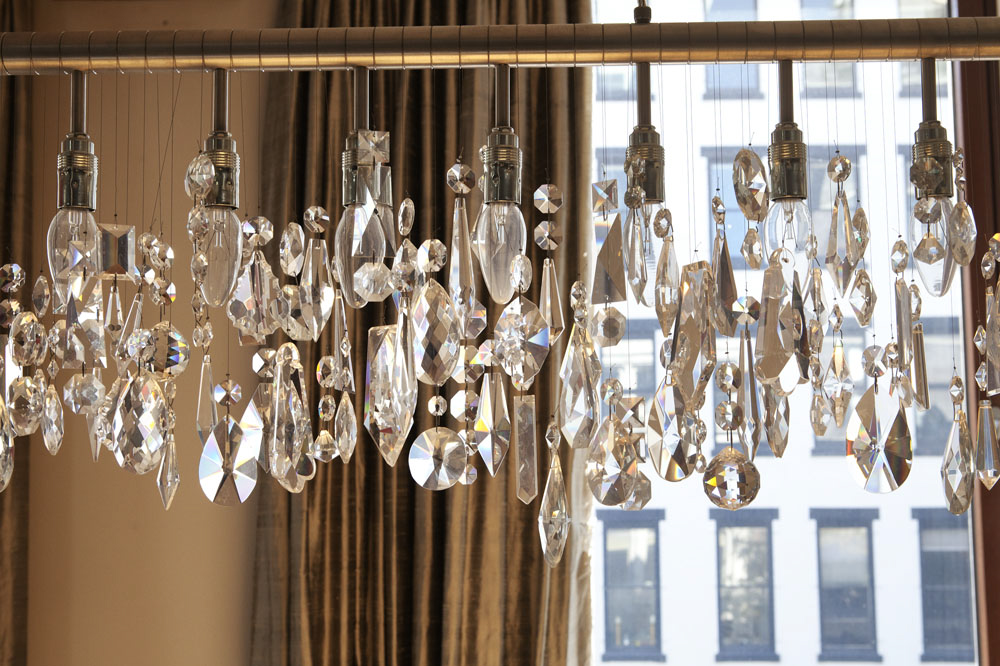 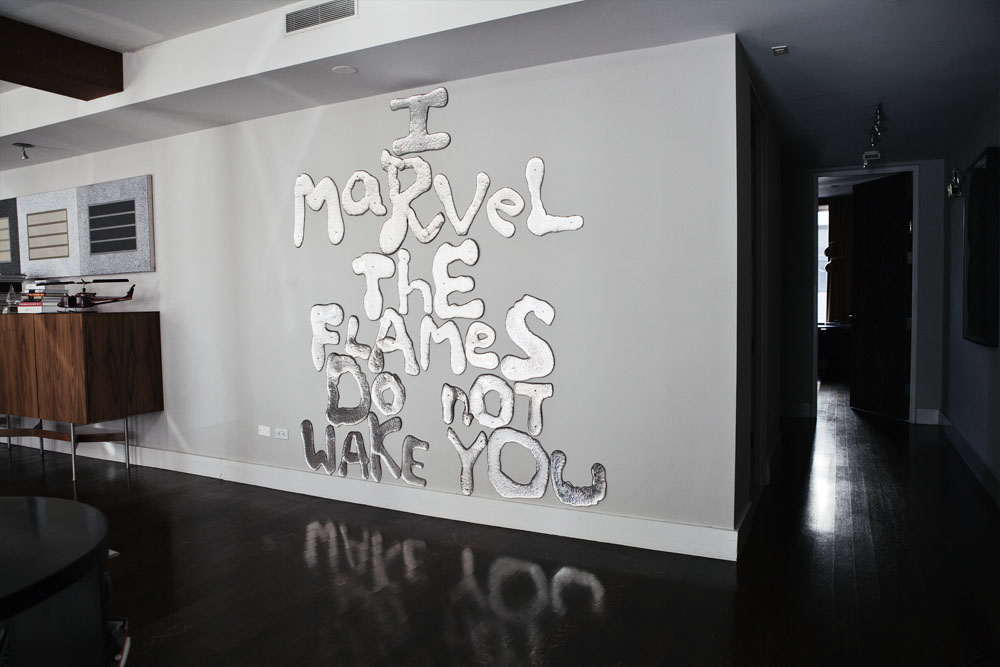 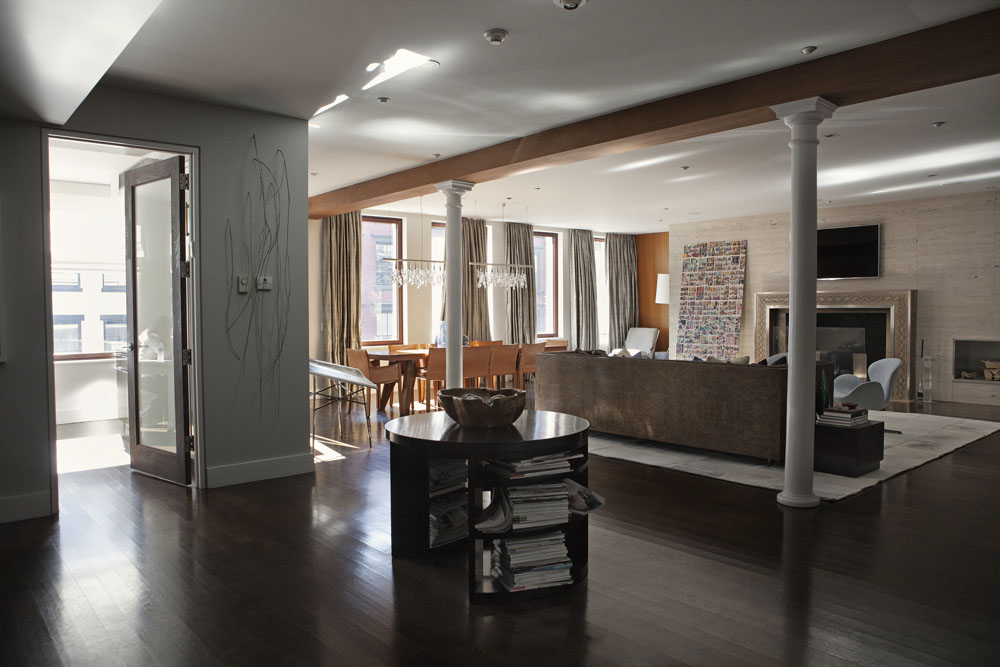 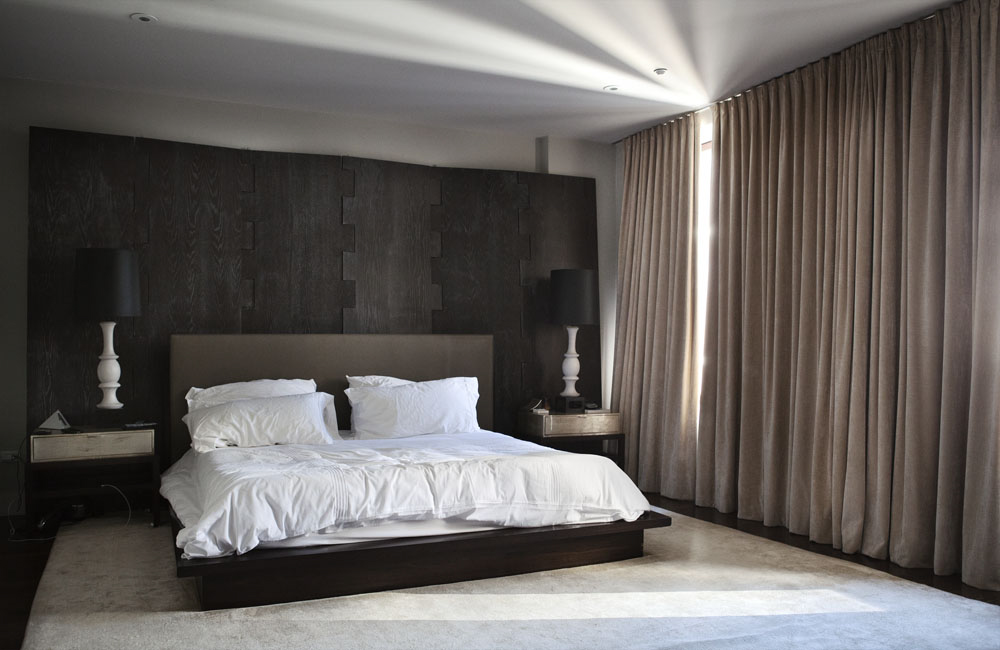 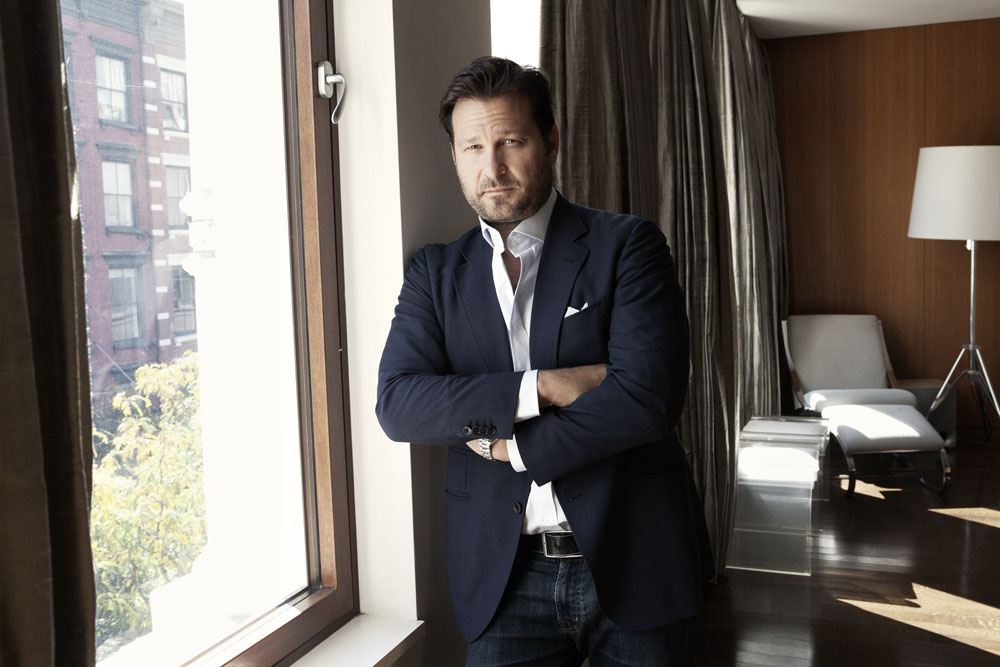 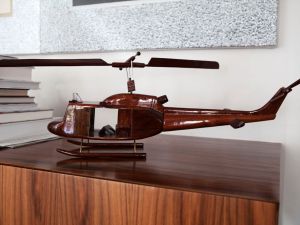 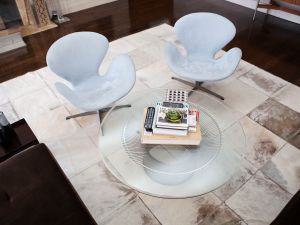 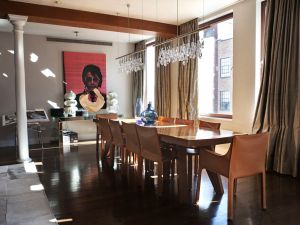 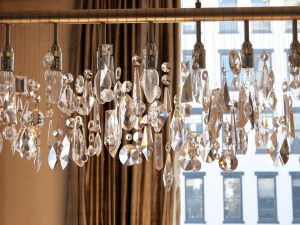 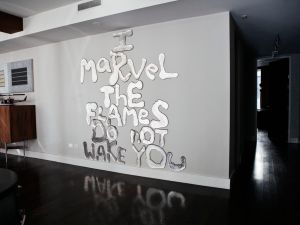 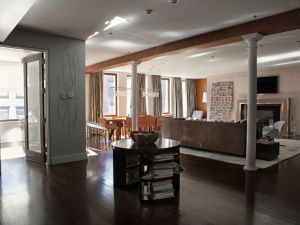 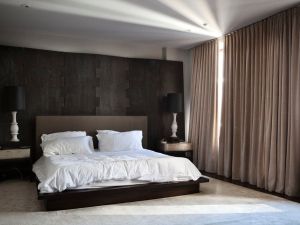 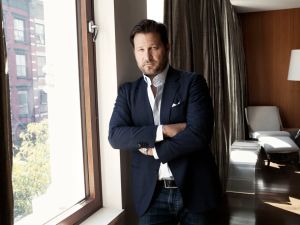 “If Dean Martin and the Rat Pack lived in a loft what would it look like?” Asks hotelier Jason Pomeranc as he strolls around his sundrenched Soho loft, explaining his decidedly mid-century design ethos. One wall is covered entirely in travertine, its fireplace surrounded in snakeskin, while Saarinen chairs, a Jean Prouvé dining table and a well-curated art collection prove Mr. Pomeranc’s design prowess. We’re lucky to have caught the ever-itinerant Mr. Pomeranc home in New York, as his latest hotel venture, SIXTY, has him traveling tirelessly. Carefully editing down to four core properties, the new brand seeks to embody today’s hotel zeitgeist with renovations of existing Thompson hotels and a brand new Miami Beach installment, the Nautilus, set to open in this fall.

You live in the quintessential Soho loft—tell us a little bit about its design. This apartment was originally one of the Castelli art galleries. The idea of walking right into your living space from the elevator coupled with some degree of industrial architectural detail really appealed to me. For the design, I collaborated a little bit with designer and friend Steven Sclaroff. He has a quirky sense of style, but also a very subtle, layered aesthetic.

Did you ever feel the urge to make the space cozier? When you move into a lofty space, there is a propensity to either keep it super raw or to make it super sleek. To me that’s a little bit too cold. Along with the Wynne at the entry, there is this amazing portrait of Elvis in my dining room, created by Russell Young in collaboration with rock and roll photographer Mick Rock. Opposite it, you have this collage of comic strips by Nikolas Gambaroff. It was actually larger than I thought it would be so that’s honestly the only place it fit. In my living room, above my collection of books (which I always use for inspiration and ideas in my hotels) is a Peter Halley.

The entry space is very dramatic with the ‘word art.’ Yes, right when you enter this Rob Wynne mercury in glass text installation greets you. I still remember that when he came over to install it, he freaked out because he had his first show in this very apartment in the early ’80s! That sort of represents the evolution of Soho to me.

How has Soho evolved in your eyes? When I was in high school, I lived on the Upper East Side for some reason I went to this party in Soho. This is sometime around ’87, and I remember saying, “What is this place? It’s so strange. Where are these people coming from?” Then I went to NYU and Soho had this jewel-like effect in New York City where it didn’t look or feel like any other neighborhood. Soho rides this amazing line between industrial hub and an international, European city. These eight years that I have lived in the neighborhood have really been critical for Soho, where it turned into gritty to kind of gritty luxury to luxury. It’s been a great place to be as a hotelier, and the restaurant scene has really resurged here. When we opened in 2001 we never knew that it would become a hotel location. There was the Mercer and the Soho Grand.  Nobody anticipated all these hotels!

Is anything here in the apartment that is extra special for you? The amazing Vietnam-era helicopter given to me as a gift by Steven Sclaroff.

Tell us a little bit about your journey thus far in the hotel business. We started with the opening of 60 Thompson in 2001, and I’m not sure the original plan was to build this large, international massive company. My brothers and I were developers and ultimately we became innkeepers and it was really meant to be one hotel at a time with only very special projects. I thought it was because of my inexperience but you do always fear that when you open something that no one’s gonna show up. But it’s this exciting and resounding feeling when all of a sudden all the people in your professional fantasy embrace what you do. That naturally creates a forward momentum. Before we knew it, we were in 12 different properties in different cities and countries!

What is it like working with your brothers? We’ve been working together since 1999 and we have a good time. I worked as an attorney for a little while, and working with strangers gives you a sense of structure, discipline and responsibility. My brothers and I have a nice dynamic and focus on slightly different roles. Larry, the eldest, deals with a lot of the finance side of things.  He also talks me down from the cliff when I’m really stressed out. Michael is very focused on the development side and is construction-savvy. We have age differences, we have personality differences, but ultimately you can let your guard down the most when you’re with your bothers. The best thing about a family business, or at least our family business, is the inherent trust level. We don’t really bother with titles—nobody’s president, nobody’s chairman. My father thinks none of us knows what we’re doing anyway! He thinks that what we do is sort of cute, but he’s always been incredibly supportive. My brothers always joke, “If something goes well, we did it, if something goes bad, Jason did it.” ν