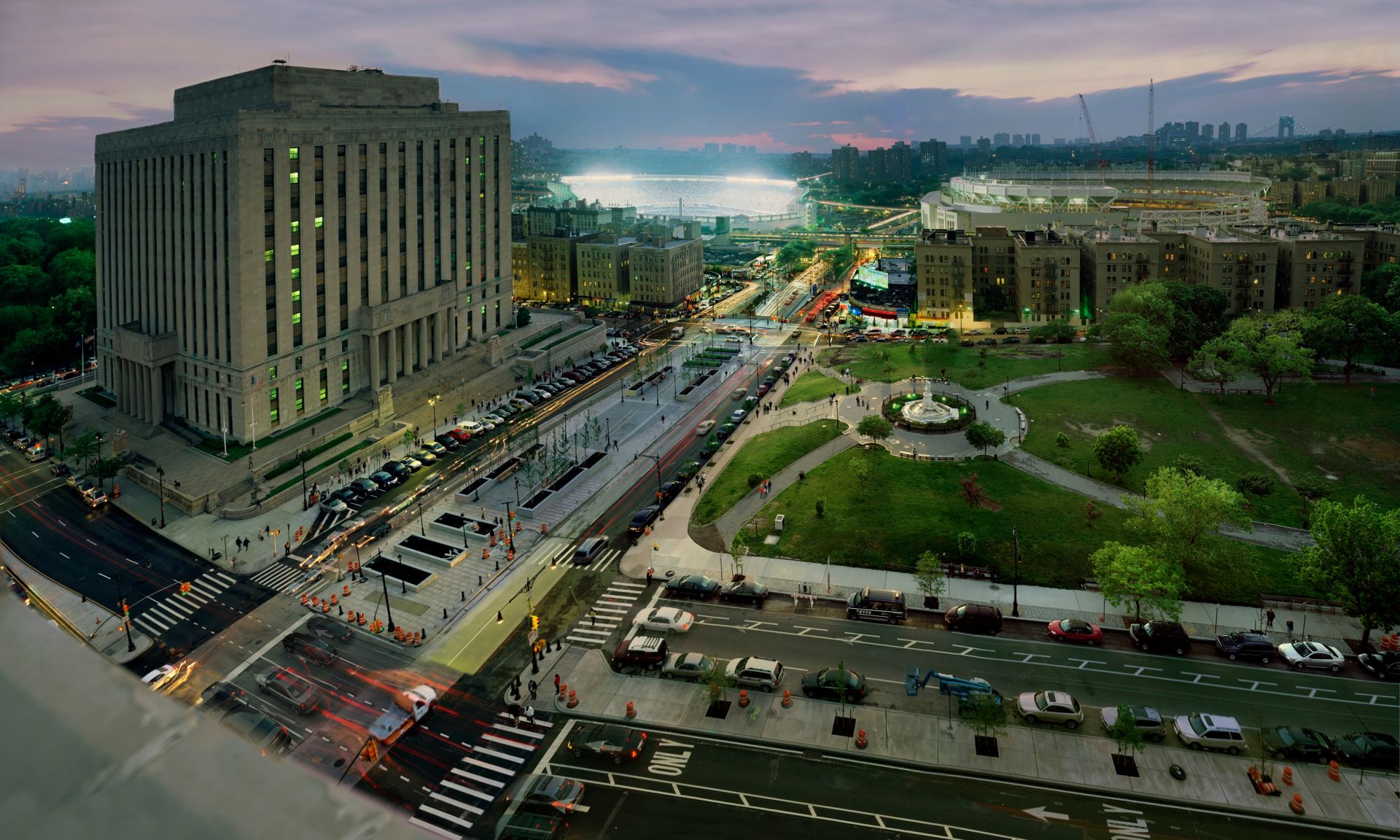 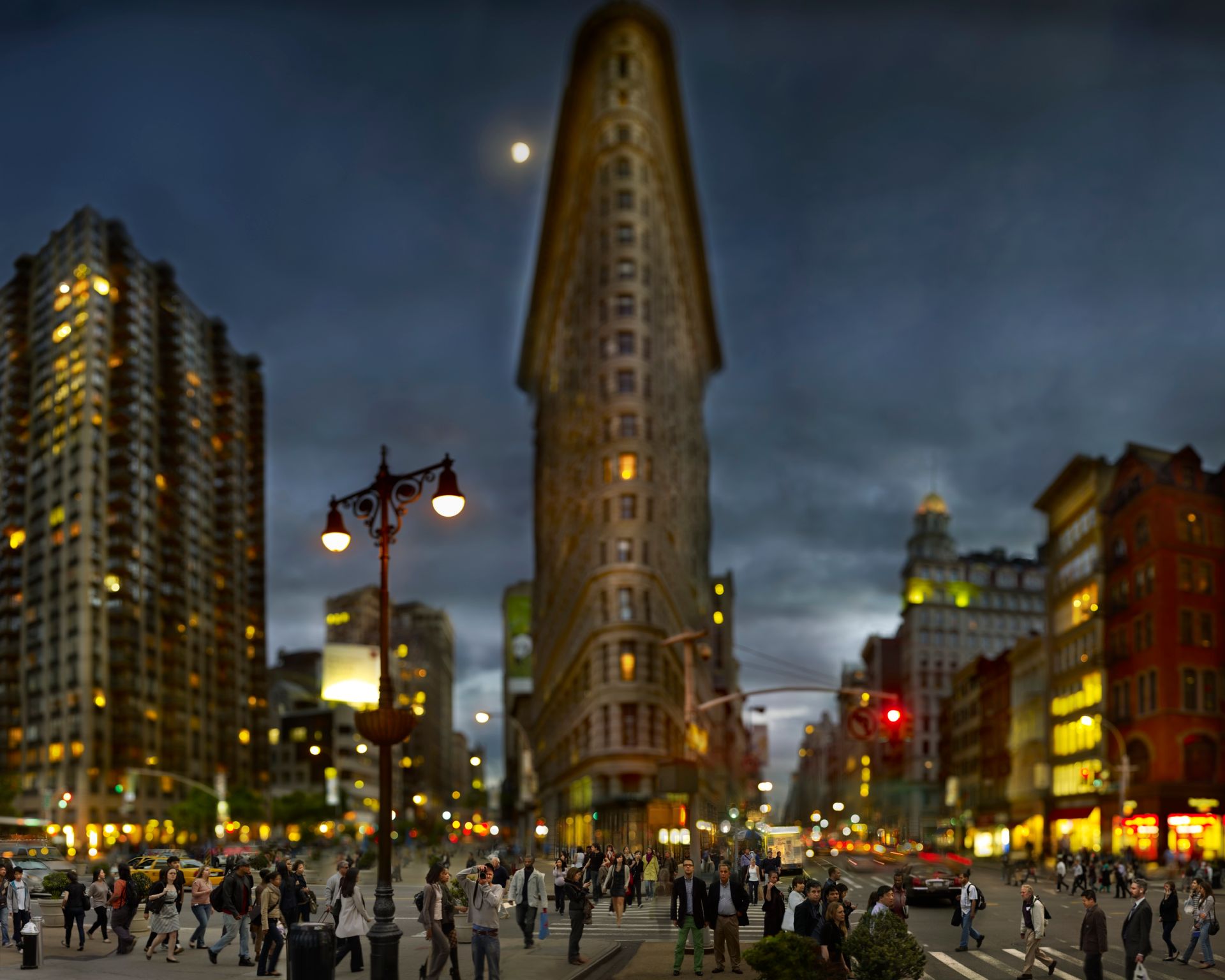 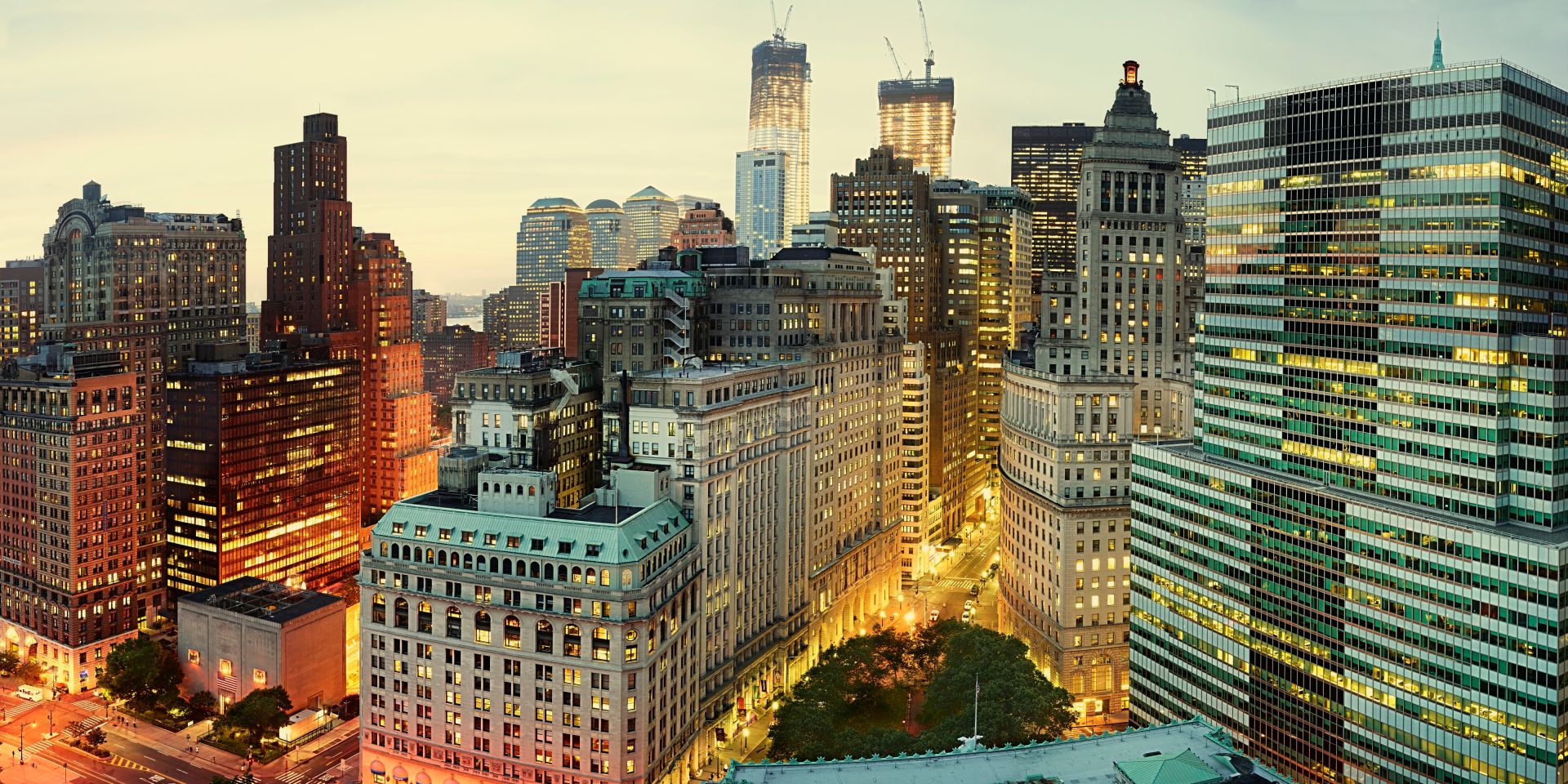 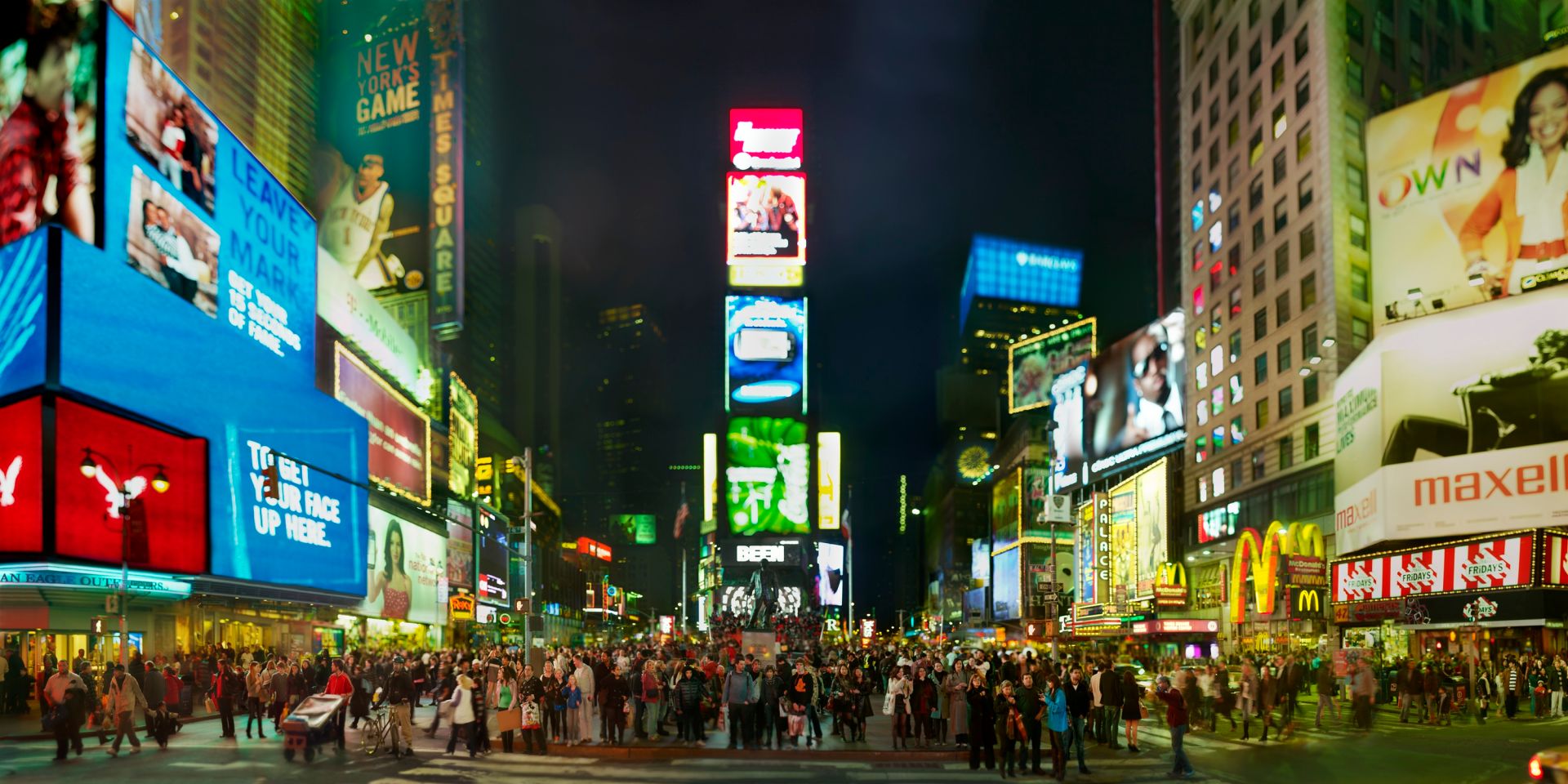 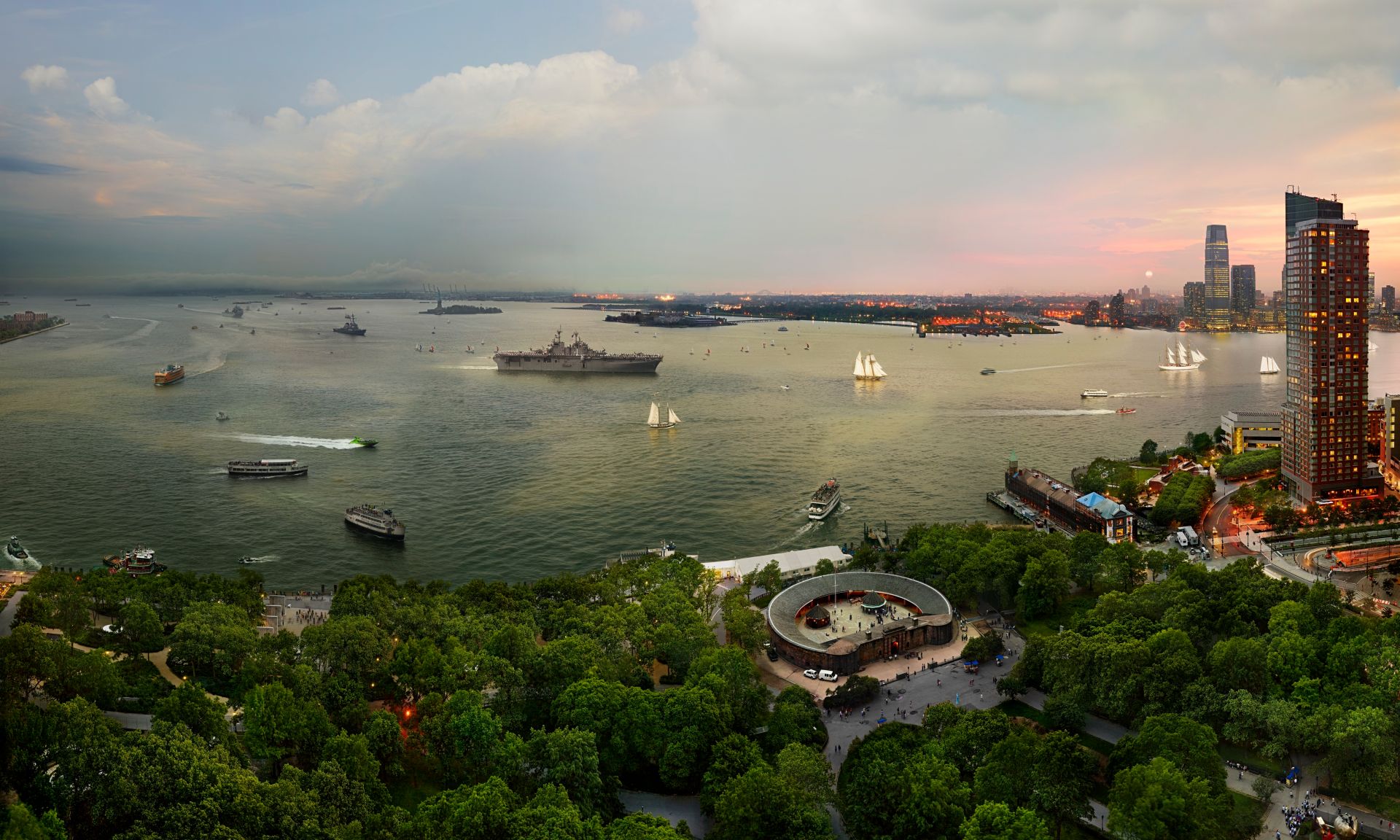 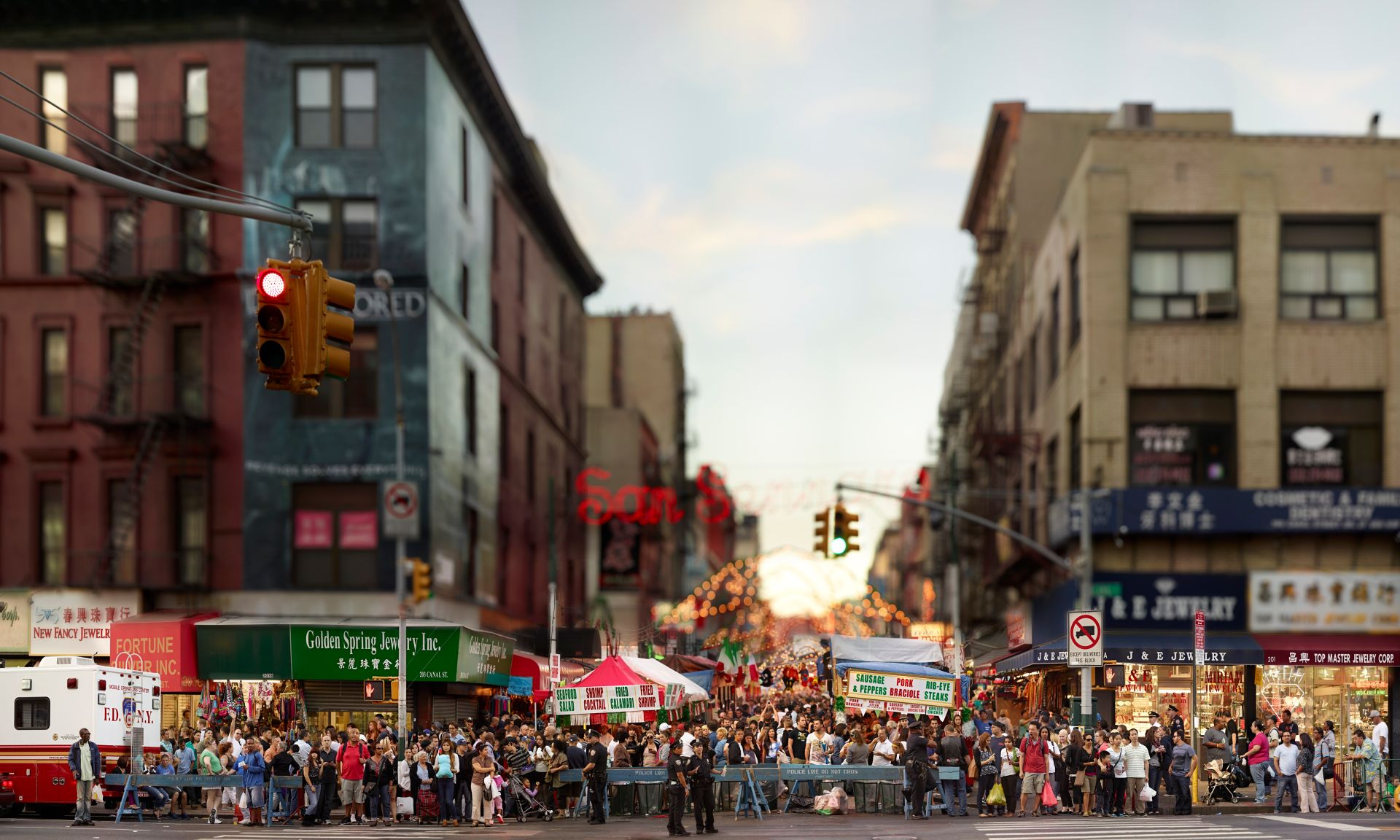 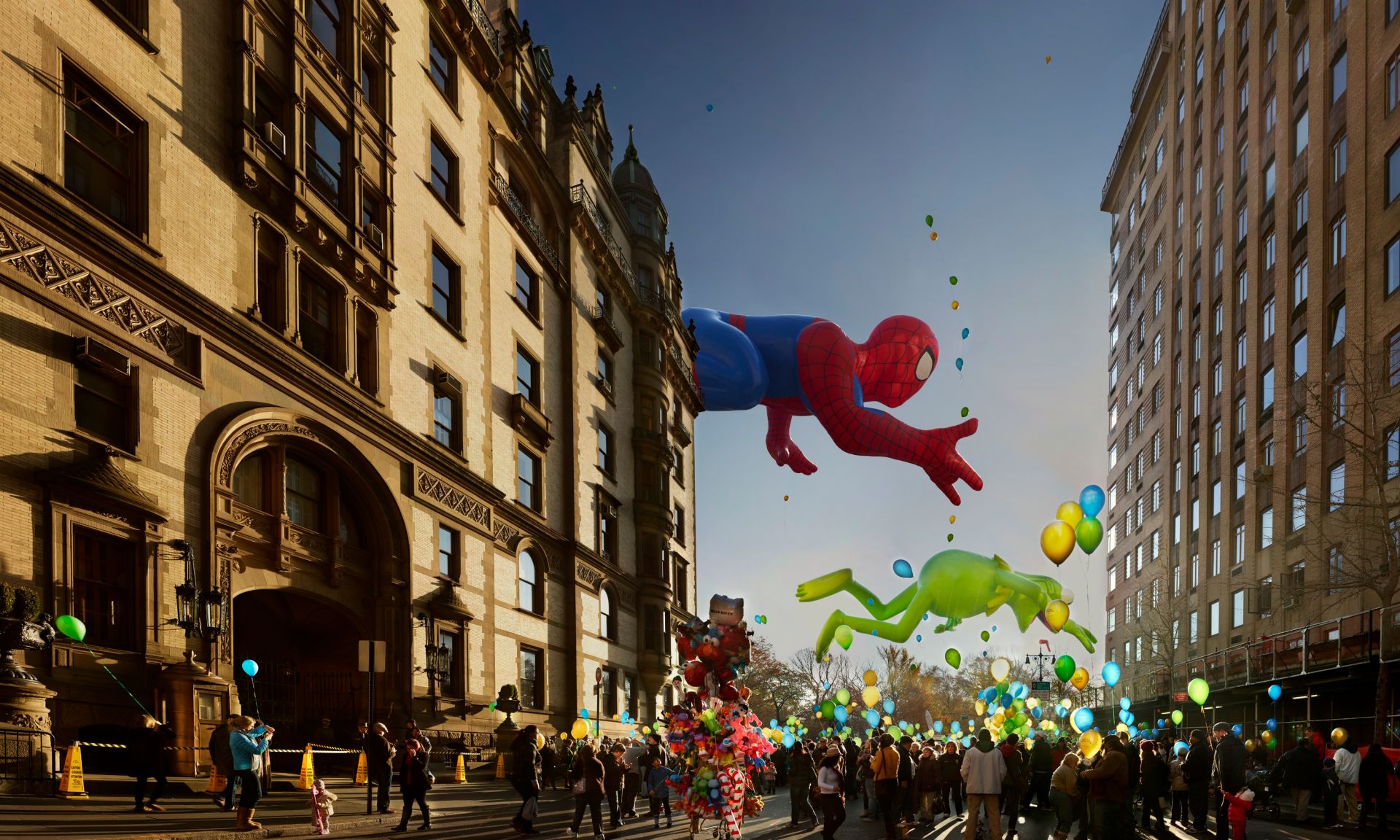 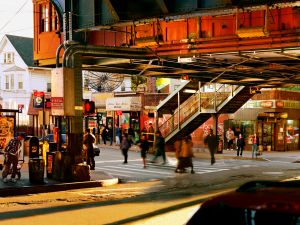 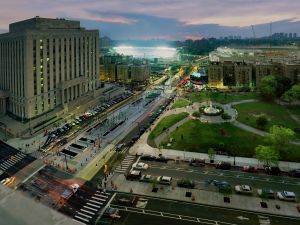 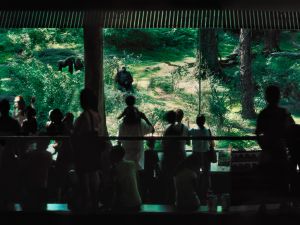 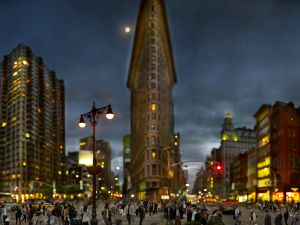 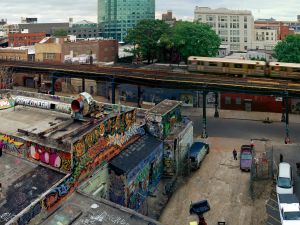 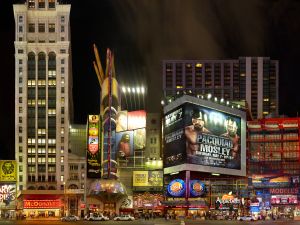 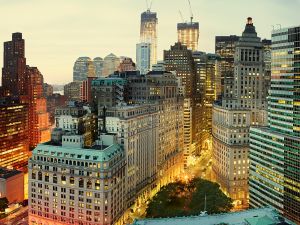 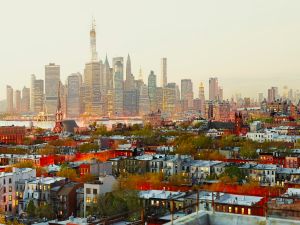 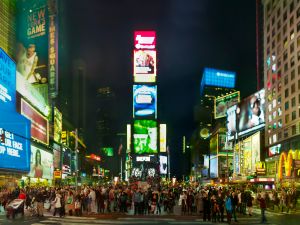 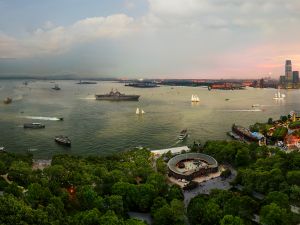 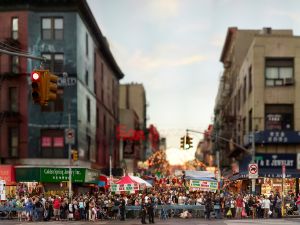 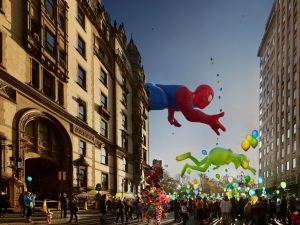 It is easy to take a good photograph of New York, a city with an overabundance of icons, inviting vantages and busy sidewalks, but hard to take a distinctive one—which makes photographer Jeff Chien-Hsing Liao’s career all the more remarkable. Now 37, Mr. Liao has made the city his muse, a focus (and fixation) that began when the Taiwan-born artist photographed a series along the No. 7 line in Queens in 2004, the same year he graduated from Pratt. In was also on this project that Mr. Liao developed what became his distinctive style—using a large-format camera to take hundreds, sometimes thousands, of images of a place over the course of a day, then melding multiple exposures into a composite panorama.

In the decade since, Mr. Liao has photographed all five of the boroughs, fixing his eye on everything from the Bronx’s Grand Concourse and Greenwood Cemetery to Staten Island, the old Shea Stadium and Times Square. This month Aperture released his first book, Jeff Chien-Hsing Liao: New York, with essays by Sean Corcoran and Justin Davidson, and a show of his work, Jeff Chien-Hsing Liao’s Assembled Realities, opened at the Museum of the City New York (it runs through February 15).

The Observer spoke with Mr. Liao about his method, what he hopes to photograph next and which borough has the best street food.

How did you come to your method? When I was a student, I had an internship at Magnum [a documentary photography co-operative], but I realized pure reality is not my reality, so I switched from commercial to fine art photography. When I was at Magnum, I felt like art was a very small part of it; I wanted to open up all my options—that’s how I came up with this assembled reality. The original idea was to create a panorama and I was strongly influenced by Lois Conner, whose book China, whose photos used composite, was published when I was a student at Pratt.

So how do you actually create a composite panorama? I usually shoot six to nine hours, depending on the subject matter. I only shoot one site a day and I will spend an entire day picking a place to shoot. Sometimes I will be in the same spot for six hours, continuously shooting, then I select my photos and correct all the perspective. The way I have been shooting is a way that traditional shooting cannot do.

For the photograph of 42nd Street, how many images did you include? About 2,000. I spent about 5 hours shooting.

How do you decide what to include and where to shoot? I usually do the historic research, then I would go to the area, scout the place, hang out a bit, eat the street food. I would see what’s going on there, have conversations with the locals. Ground study helps me the most. When I go with heavy equipment, I have to be very certain.

What is your camera like? The camera was made to shoot 8×10-inch film. It Is very heavy—40 pounds of equipment, including the tripod and we usually have dark clothes covering the camera. People jut naturally come up to talk to you when they see you on the street with this huge tripod doing something weird. Also, the police will respect you with the tripod, though they usually ask for the ID. So when I see them park, I’ll stop and go over and show them the ID. You need to do what you have to do to make it happen.

How do you decide which places to shoot? Well, I started my work along the No. 7 train in Queens, then I was shooting the demolition of Shea stadium. Around the same time I got commissioned by the Bronx Museum to shoot the Grand Concourse, then Staten Island by the City Museum. I got pushed and pulled by other people to cover the five boroughs, but when I got this book offer from Aperture, I said, ‘finally, I’m going to do Manhattan.’ So I spent the next two years in Manhattan, which is the most photographed spot already. Bringing something new is the challenge. I try not to reproduce older masterpieces. But I also love this city because it’s continually changing all the time.

Where do you want to shoot next? I will probably do a vertical project in New York City and I’ve already started a big project in Asia. I plan to spend half a year in New York and half in Asia—what interests me about Asia is the mixed culture, colonized and how those countries overlaid their culture in places like Hong Kong, Taiwan, Macau. It makes sense for me to explore this with my photography, to extend this project there.

Is there any place in New York you want to focus on next? I’ve been looking in Central Park. I spend a lot of my New York time in Central Park, but I haven’t shot it yet. In Brooklyn, Grand Army Plaza. That project was supposed to be in my book, but I didn’t have the passes to shoot from high buildings. I still want to photograph the different boroughs and the continuous changing that happens, like 5Pointz; I was shooting there about 10 years ago and now it’s gone. I want to see what happens next. I’d like to go back to the same places to see what’s going on now. For me, photography can only preserve the moment, you cannot change the reality.

Where in the City do you live? Jackson Heights, Queens. Queens is my hood!

You said before that you liked to eat street food when you’re doing ground research. What is the best street food you’ve had? I think Queens is still the best because of the diversity. From the beginning of the 7 train to the end of the 7, you can eat so many different types of street food. I always think Queens is overlooked by New Yorkers.