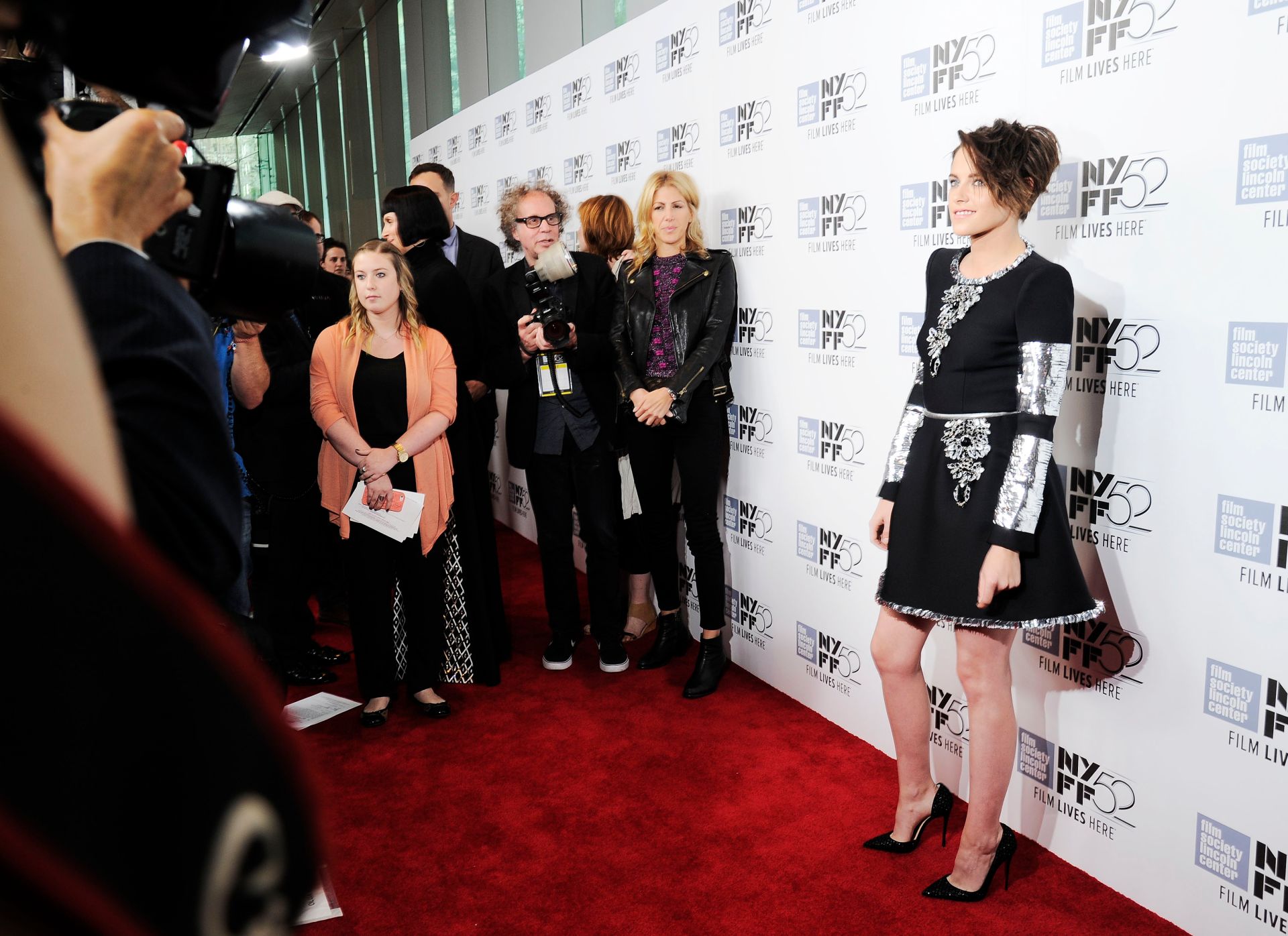 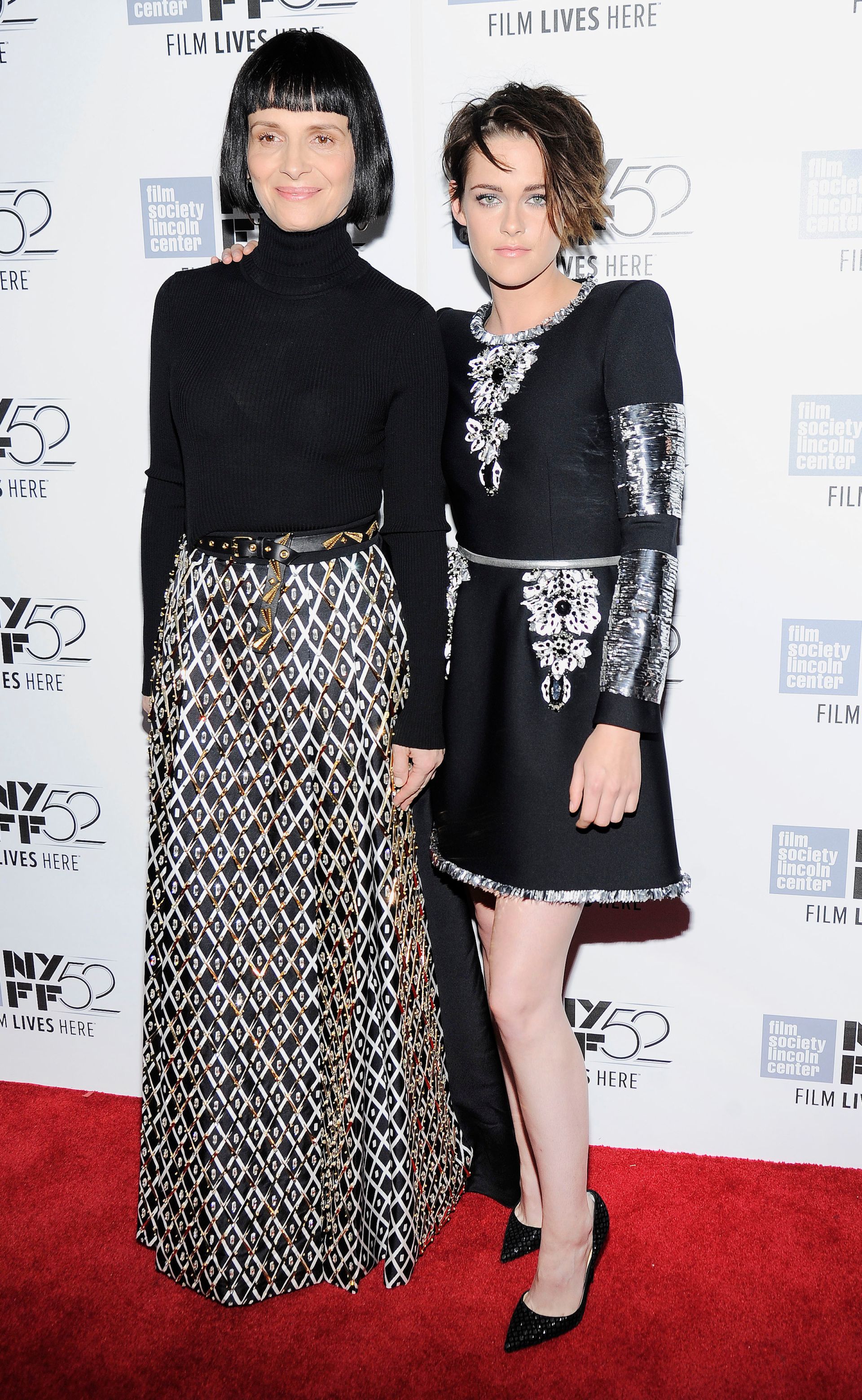 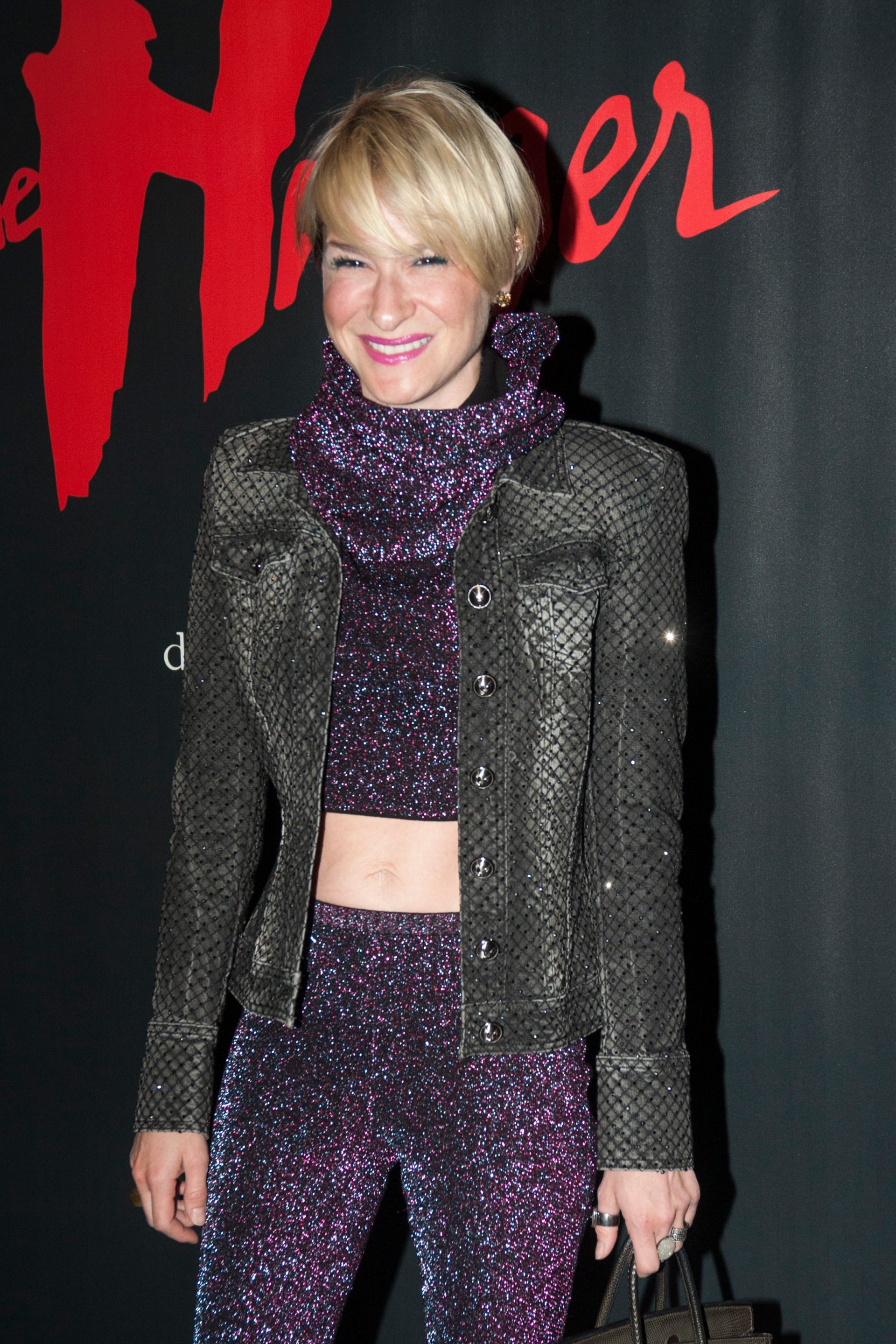 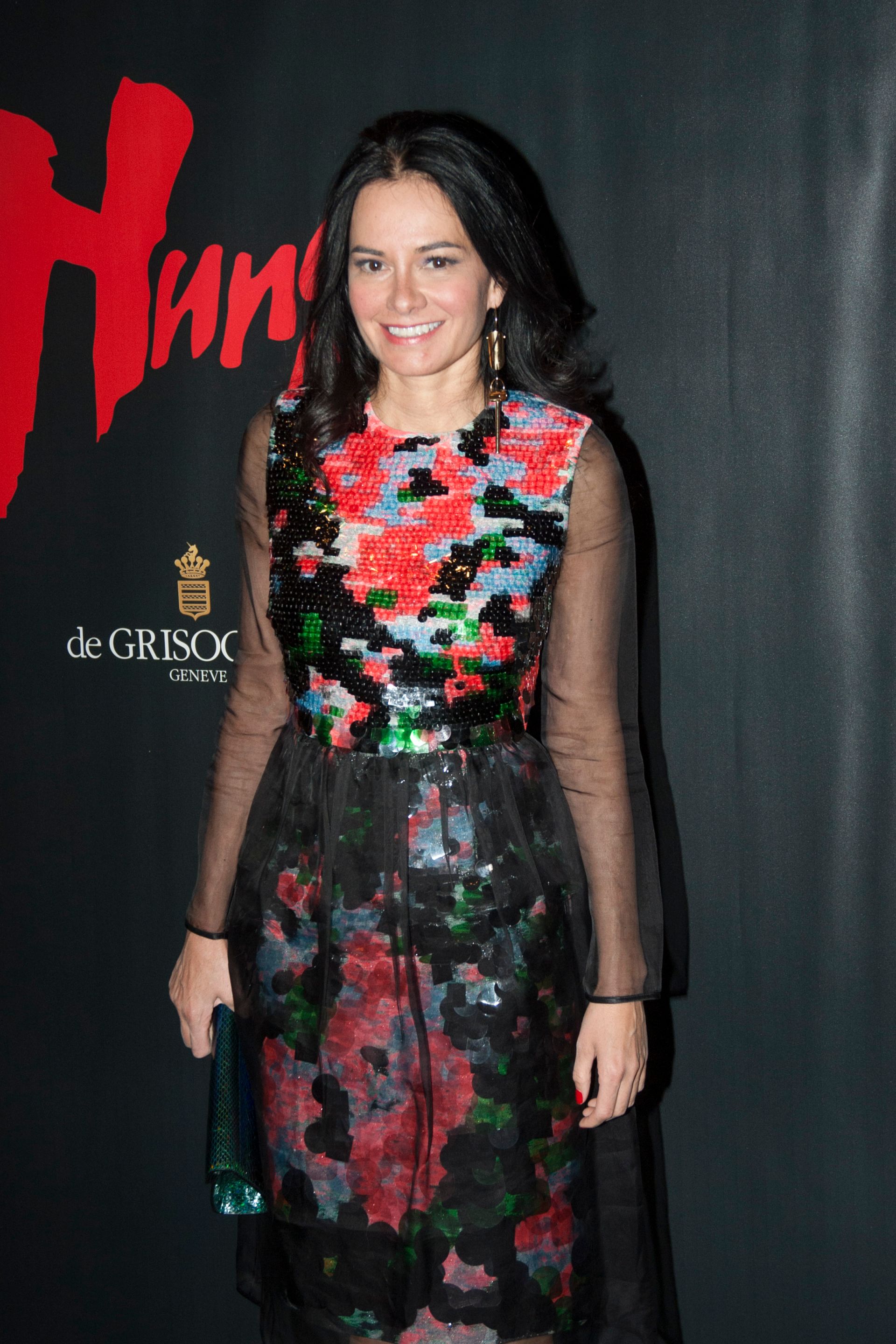 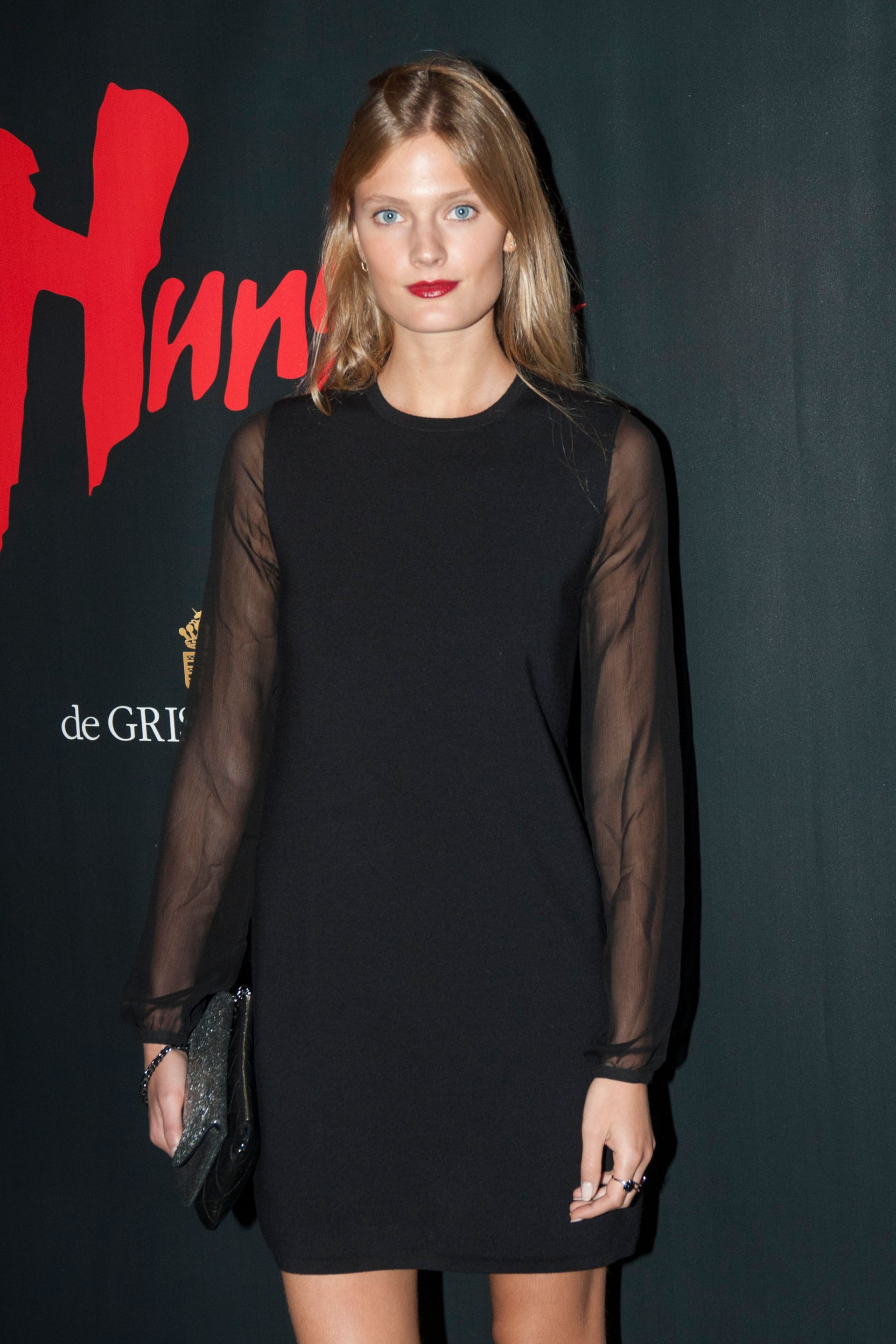 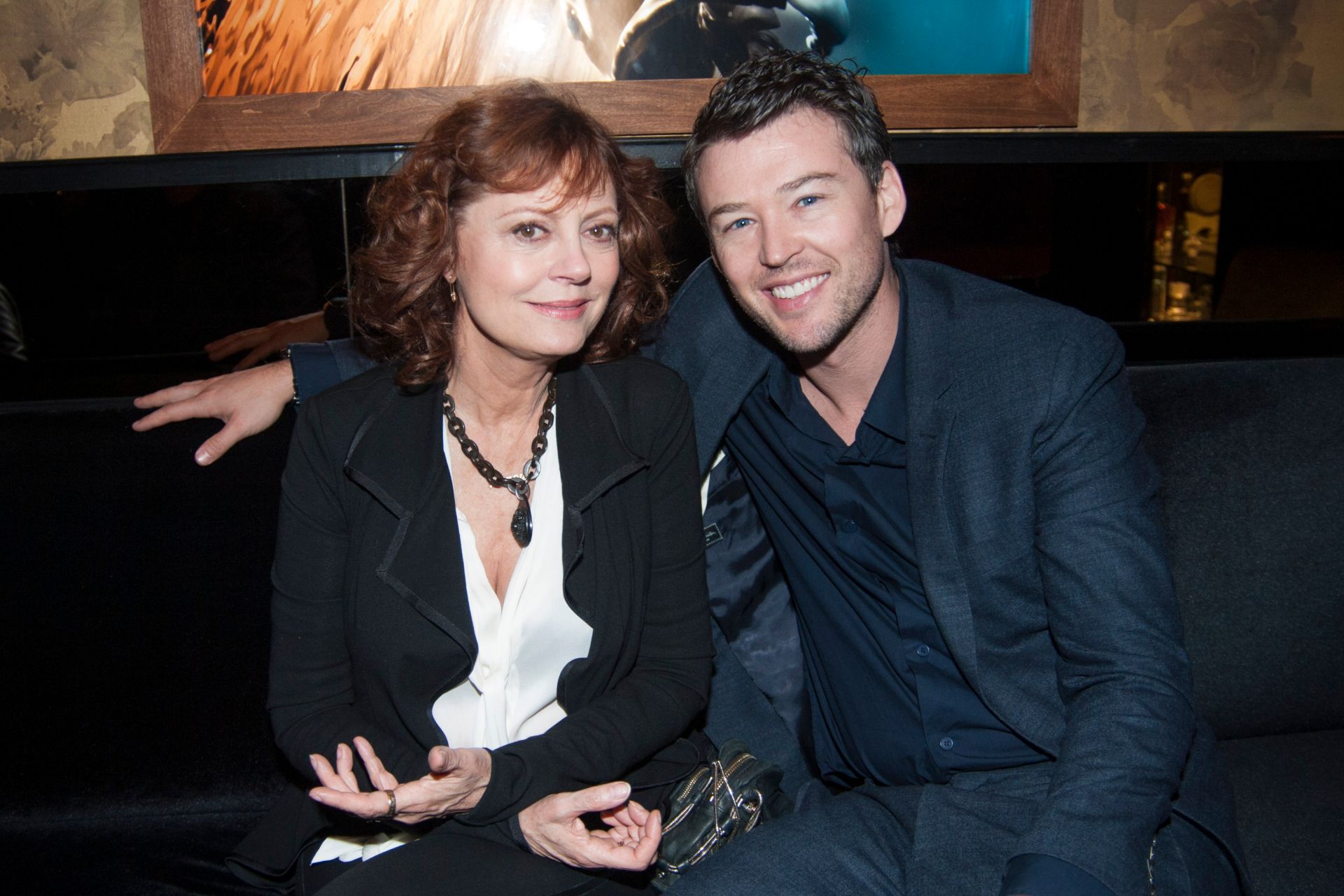 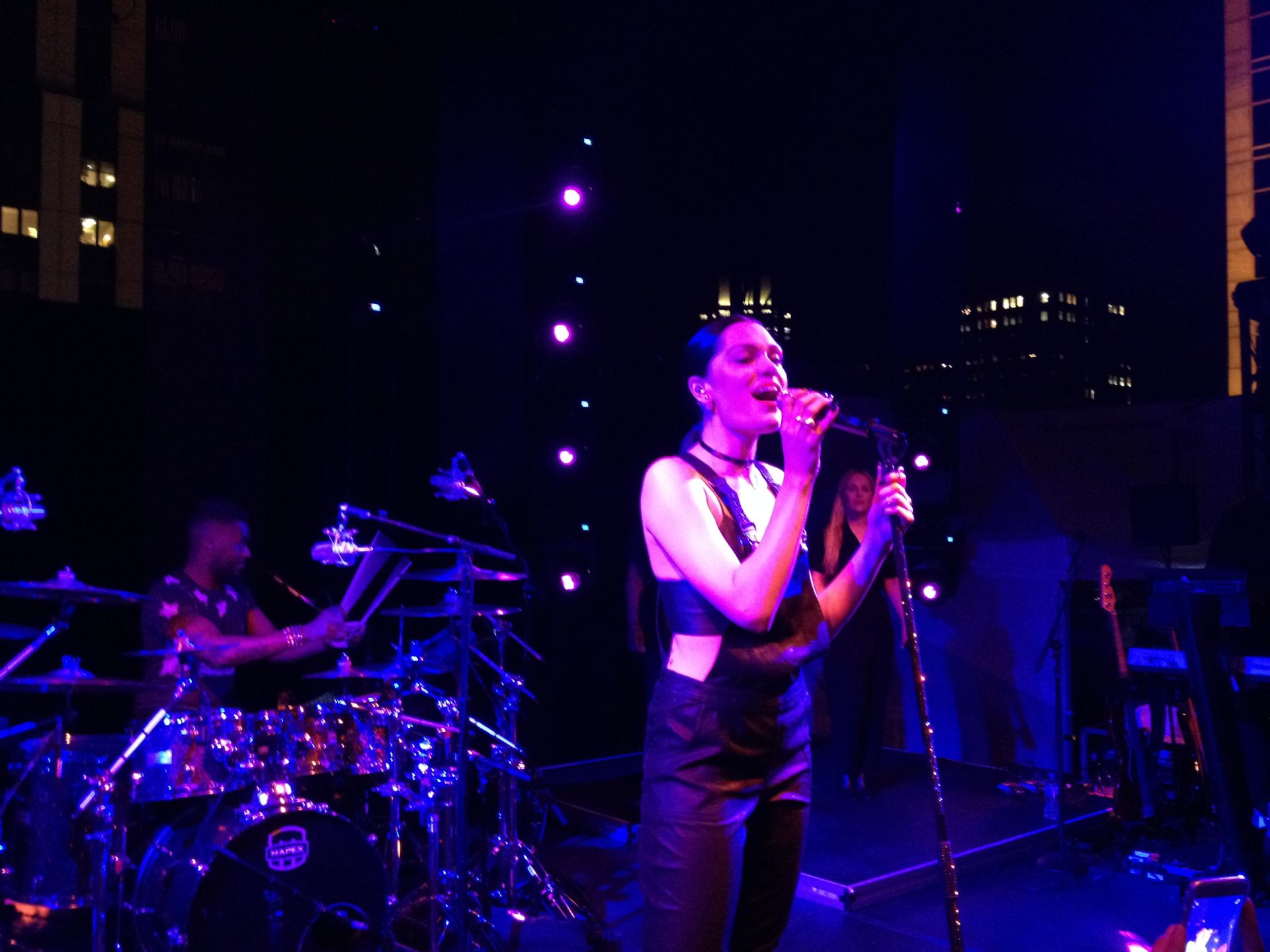 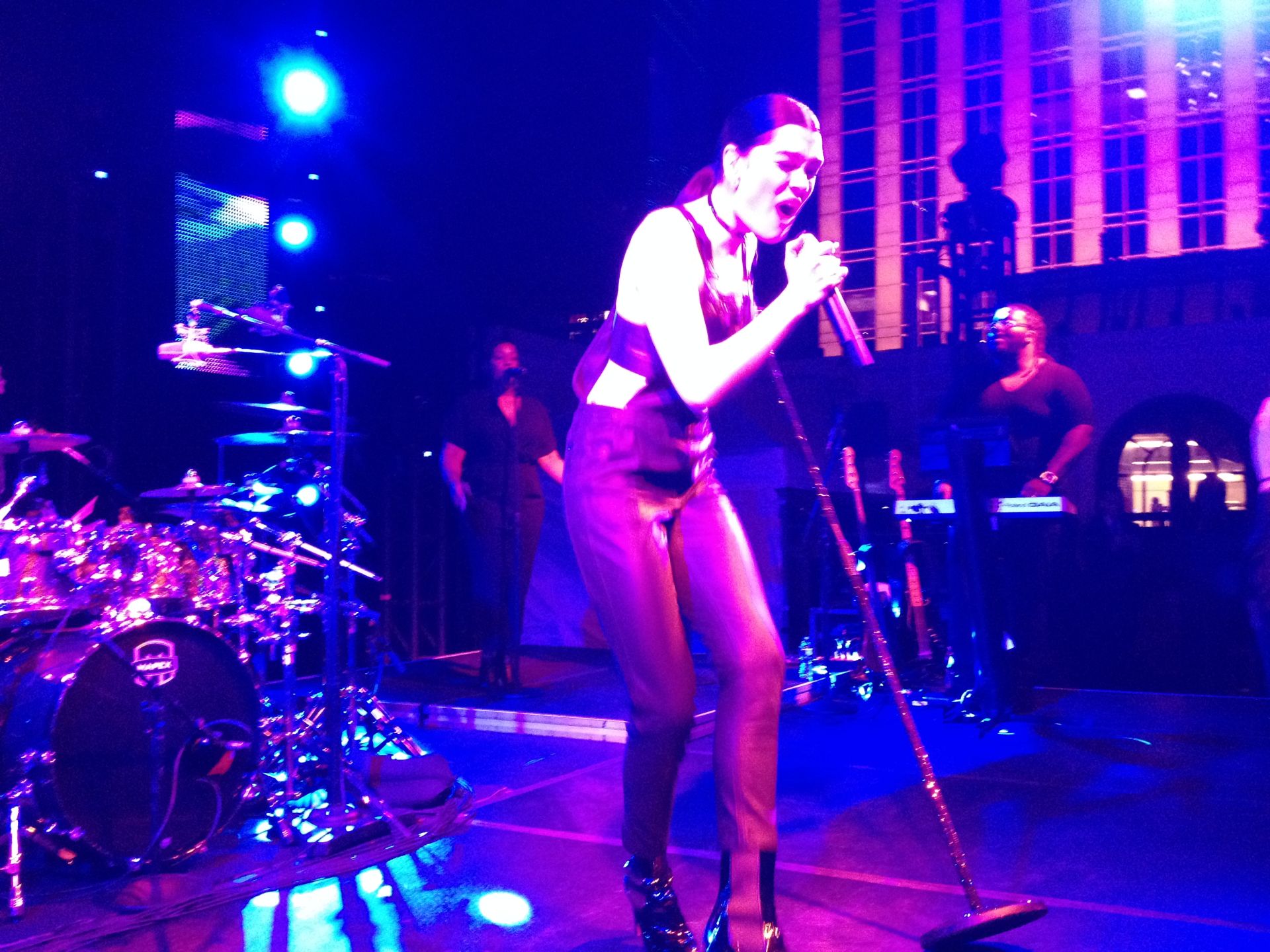 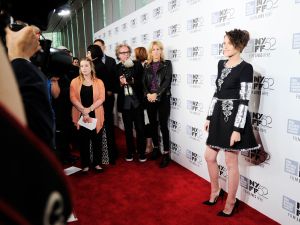 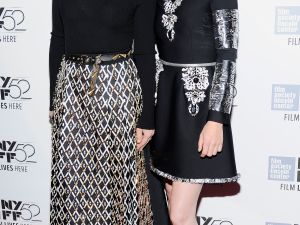 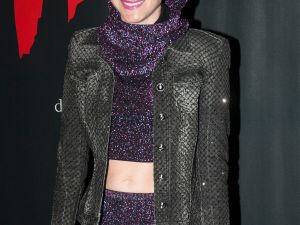 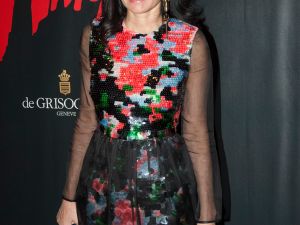 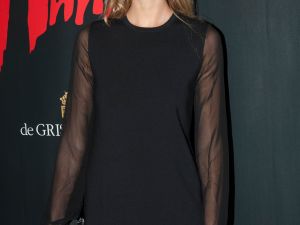 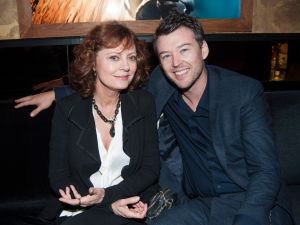 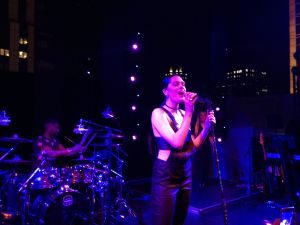 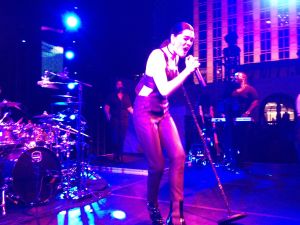 “I heard some people said my sound check earlier tonight was too loud,” Jessie J said shooting side-eyes at the neighboring skyscraper,”Well this is for you,” she said diving into her new smash hit Bang Bang while flashing her well-manicured middle-finger. The relative newcomer rocked the roof of Lord & Taylor’s flagship location on 39th St & 5th Ave to celebrate the launch of the newest collection from the Justin Timberlake-owned William Rast, while unassuming store visitors not in on the secret went about their shopping on the lower floors. “All I heard was the bass,” said one store worker. Jessie played all of her hits including her new single, Burnin’ Up, and while the neighbors may have but been off by the noise – albeit on a Wednesday evening – the party folk were unfazed by the booming acoustics.

Those in-the-know then carried on to Omar’s. The almost-secret supper club attracted a slew of celeb guests all out in support of Kristen Stewart and her role in Clouds of Sils Maria. Stewart camped out in a corner talking to rocker Patti Smith before stepping outside for a smoke and retuning for small bites alongside costar Juliette Binoche. Other Stewart friends included Chloe Sevigny wearing a feathered headpiece, Joseph Cross (star of The Last Weekend), and Cory Bond.

The final stop of the night was another secret location tucked behind the kitchen of Beautique, Jeffrey Jah’s unique nightlife venture adjacent to The Plaza Hotel. The occasion was, oddly enough, to celebrate a revival screening of Susan Sarandon’s role in the 1983 film The Hunger. Julie Macklowe, Dr. Lisa Airan, Constance Jablonski came out for the evening, whilse Sarandon perched in a corner with her infamously-young boyfriend Jonathan Bricklin. The duo wined and dined on their own before carrying on to join Kristen Stewart at Omar’s for an after-hours bacchanal. Not bad for a Wednesday.