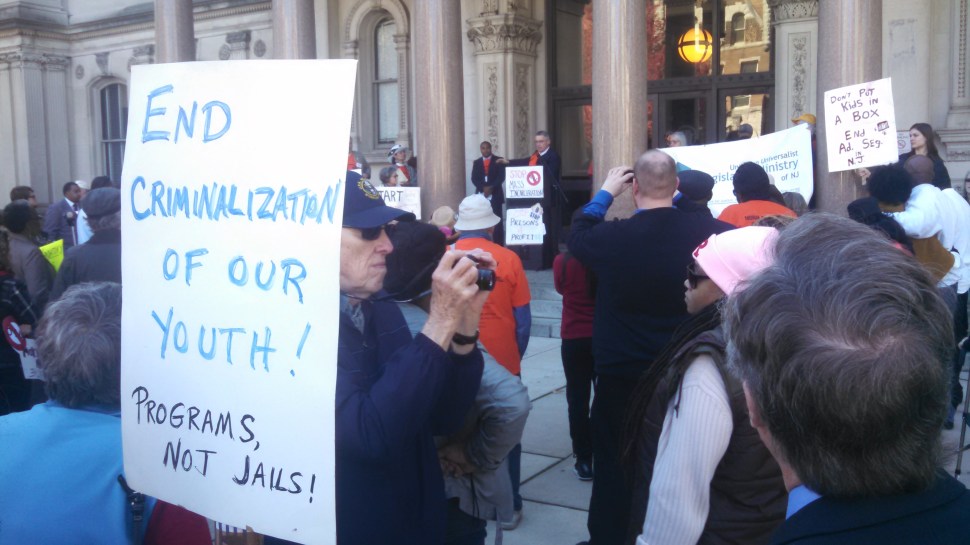 Amid all the hustle and bustle of Trenton today — from chatter over Gov. Chris Christie’s Ebola crisis to human gestation crates to debate over reforms at the Port Authority — one notable New Jersey pol flew quietly under the radar.

Well, maybe not so quietly.

Voice booming over a crowd of activist gathered in front of the statehouse steps, former governor Jim McGreevey appeared earlier today in the capital city to headline a protest against mass incarceration in the U.S., condemning the criminal justice system and it’s out-of-control penalizing of individuals suffering from addiction.

McGreevey’s latest work has centered around working to expand services for the addicted, including helping to provide basic services and rehabilitation for ex-offenders as head of Jersey City’s Employment and Training Program. Most recently, he joined Gov. Chris Christie and other lawmakers on the state’s new Facing Addiction Task Force, which will develop a strategy to remove the stigma of addiction and to recommend ways to improve treatment and prevention in the state.

Today, he joined members of the Integrated Justice Alliance of New Jersey in calling on state and local officials to continue to implement criminal justice system reforms.

“Addiction is a disease that requires treatment. And if we have any rational expectation that people are going to bring their lives to a new sense of wholeness, we need to provide treatment,” he said. “And I would say this is not a Democratic or Republican issue; this is not a matter of African American or Latino or White American. This is a question of families and individuals as basic as this state in our nation. And we need to be about treatment.”

At one point, the former governor broke out into a coughing fit, though he recovered in time to produce some raucous laughter from the crowd and finish off his speech with polish.

“I used to be a lot younger when I was here,” he said. “Shit! I’m getting worn out. Patrick’s got all this energy and I’m just going from coffee to coffee just trying to keep it moving.” 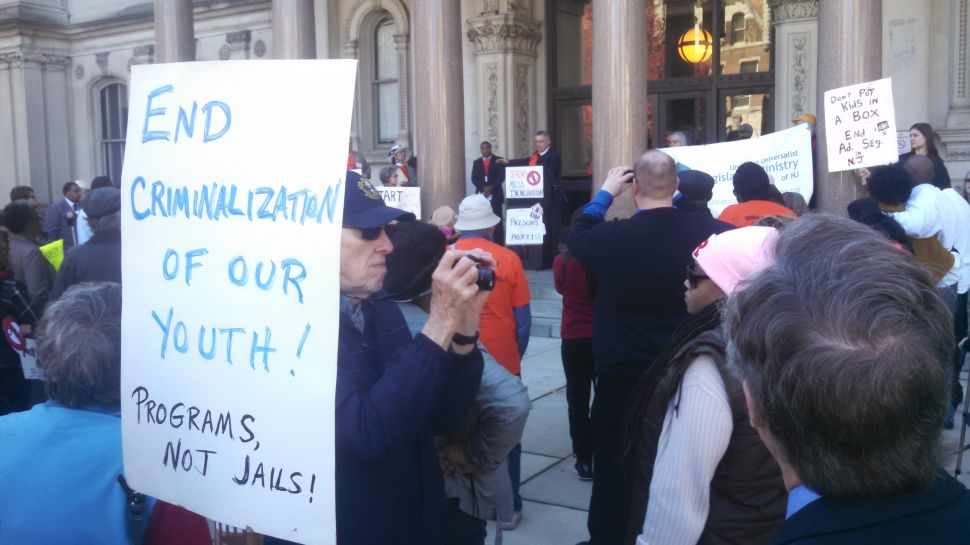