As part of the publicity campaign for Blue Night, Joan Didion’s most recent memoir, Knopf got her nephew Griffin Dunne to direct a book trailer. The multi-part video series featured the author reading aloud from the book while the camera panned over evocative images corresponding to the prose.

Nobody can pull off moody glamor quite like Ms. Didion, the patron saint of a great many writers.

Inspired by the experience, Mr. Dunne, together with his co-director Susanne Rostock, decided to make a feature-length documentary appropriately titled We Tell Ourselves Stories In Order to Live.

Despite her personal essays, Ms. Didion has never been the subject of a documentary, and generally shies away from the spotlight. But she overcame her “natural reticence” and agreed to the project.

“I can’t say I would have gone to her cold with this idea,” Mr. Dunne told the Observer. “It just came about through the lucky opportunity of getting involved with Blue Nights.”

Like the Blue Nights trailer, the documentary will take Ms. Didion’s first-person essays to trace her life and create “a visual collage of words and images and interviews,” according to Mr. Dunne.

“She writes in such a visual way. We edit to the rhythm of her sentences and to images that she conveys in her essays,” Mr. Dunne said. “We just follow the words, and the words tell us when to make a cut.”

In order to finance the project, a Kickstarter campaign launched today. The goal is to raise $80,000 in the next month. Since the campaign went live this morning, it has raised more than $20,000. The money will go towards filming interviews with notable Didion friends and fans such as Patti Smith, Vanessa Redgrave, Graydon Carter, Robert Silvers, and Bret Easton Ellis, and to secure archival rights.

“The money will get us as far as we can to have a hot shit rough cut,” Mr. Dunne said.

For really hardcore fans, the rewards may be enough enticement to donate. $2,500 gets a pair of Ms. Didion’s sunglasses (only two are available). “This is your opportunity to see the world as Joan, with a pair of sunglasses from her personal collection,” according to the Kickstarter page, a tempting proposition (but alas, a bit beyond our budget). Other, more affordable rewards include a PDF of Ms. Didion’s handwritten recipe book (make Joan Didion’s pork roast with corn souffle, gumbo or linguini bolognese) and the opportunity to write Ms. Didion a two-page letter with the assurance that it will be read to her.

Ms. Didion’s spare, thoughtful prose has been popular (and much quoted) since the 1960s. But her last two memoirs chronicling loss, The Year of Magical Thinking and Blue Nights, made her into an even bigger commercial sensation and widened her fan base.

“Because I love her so dearly, and because she’s not only my aunt but represents so many things to so many people, I feel this enormous responsibility to get it right and make a really great film and not let her down or let down any of the people who see it,” Mr. Dunne said. “I think the fact that she’s family makes the stakes even higher for me.”

Watch the trailer for We Tell Ourselves Stories in Order to Live: 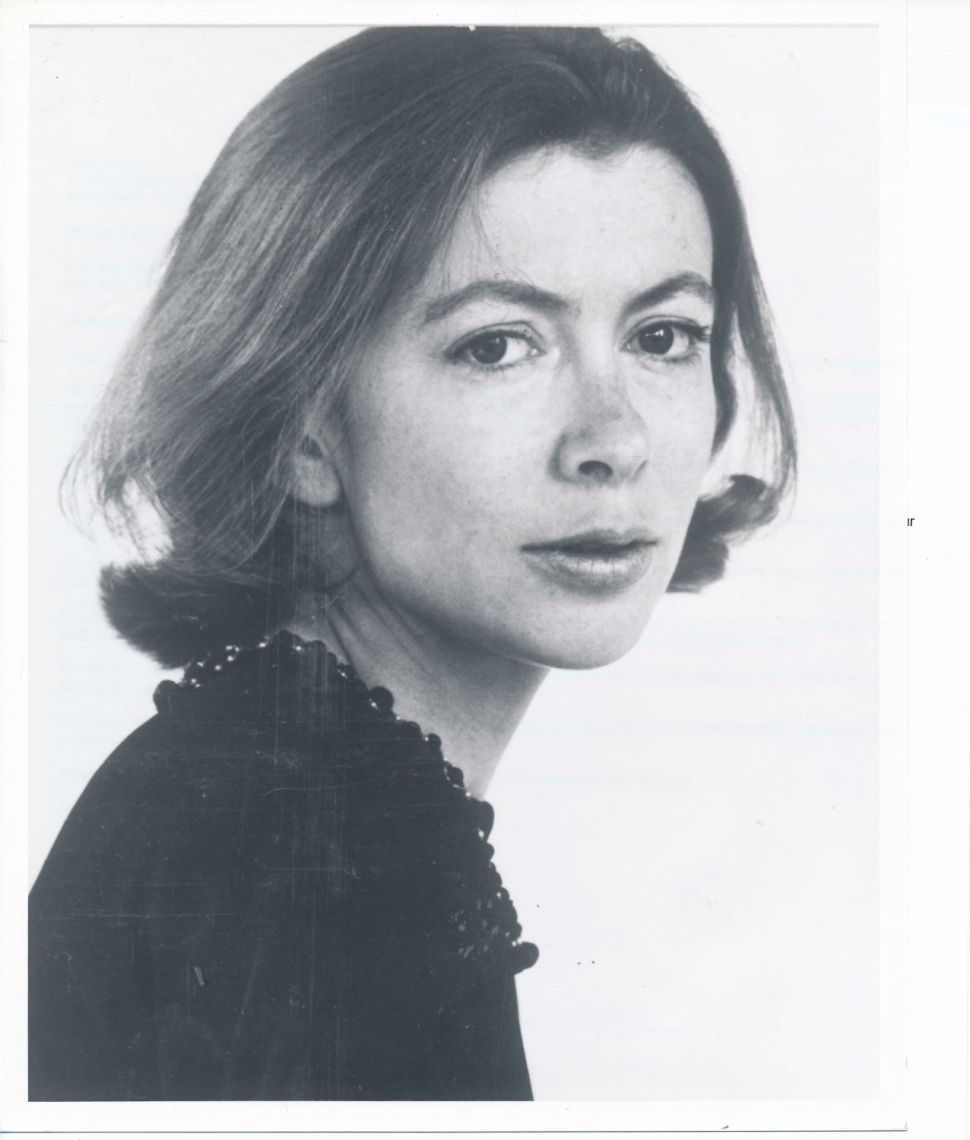