TRENTON – State Sen. Joe Kyrillos (R-13) knows what it’s like to run for U.S. Senate in a state grown increasingly unfriendly toward Republicans, and today offered a forgiving assessment of Jeff Bell’s bid for a seat in Washington.

He’s doing the best he can, given the circumstances.

“In this state it’s a tough case to make,” Kyrillos told PolitickerNJ after his Senate Committee on Economic Growth hearing. “The demographics of the state, the voter registration of this state don’t favor the Republican side. So he doesn’t start on an even playing field.”

Kyrillos — who himself ran for the seat in 2012 against U.S. Senator Bob Menendez (D-NJ) — was considerably more supportive than some Republican lawmakers have been of Bell and his contest with Democratic incumbent Cory Booker (D-NJ). Political observers of that race predict little success for the Republican, whose funding and campaign efforts have failed to dent Booker’s standing — and whose tea party-like positions on the gold standard and the Federal Reserve have failed to gain traction among voters.

Recent polling puts Booker a solid 15 points ahead of Bell, a Washington D.C.-based policy wonk presidential speechwriter who ran twice before for U.S. Senate in New Jersey. At least one poll found 42 percent of voters knew nothing about his central message — returning the nation’s currency to the gold-backed dollar.

“I think he’s doing the best he can with very limited resources, on tough terrain. I applaud him and I applaud anyone who wants to get in the arena and fight it out, try and make a difference,” Kyrillos said. “You know, I was always counted out from the outset. I needed the national election to be a close one and when I started in 2011 I had reason to think it might be. But it turned out not to be — Mitt lost the election by the most since Barry Goldwater in 1964. And, you know, we raised five and a half million dollars but we probably needed three times that to really be just in the game.”

In comparison, at this point in the race, Bell has raised just $260,000 from July through September — due in large part to a few NJGOP fundraising events headlined by Gov. Chris Christie — and had $100,000 cash-on-hand on Sept. 30, The Record reports. Booker had $3.5 million in cash on hand and raised $1.5 million during the same time period.

Kyrillos pointed to changing demographics and voter registration — tending more Democratic — in the state as reason for Bell’s struggle. He also denied the notion that Bell’s candidacy might poorly impact competitive down-ballot races in the state — a side effect some have worried about and sought to counteract.

“I don’t think so. It’s going to be a relatively lower voter turnout election, people are going to make decisions based on local circumstances,” he said. “There aren’t too many surprises in New Jersey these days. There’s some good Republican territory, but there’s obviously much more deeply-rooted Democratic territory — much more as in more territory.” 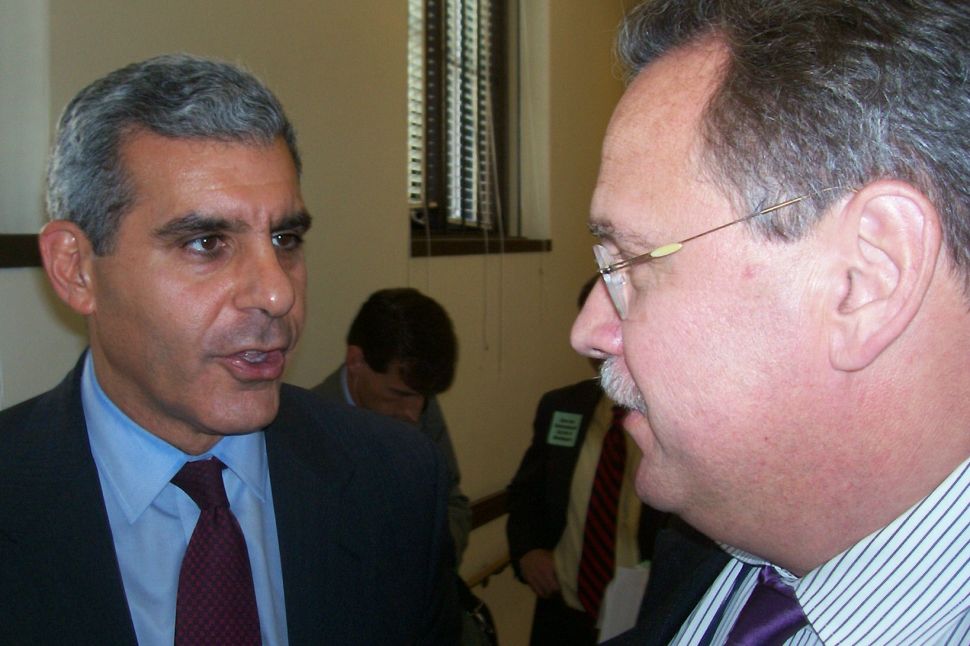