One57 has never evoked a homey vibe—from the early renderings of a vast apartment occupied by a bored-looking woman in evening dress to the building’s reputation for attracting buyers shopping primarily for a safety deposit box. But since closings started at 157 W. 57th Street early this year, a smattering of residents have indeed come to call the striped glass tower home. Among the units with the lights on these past six months has been 44B, which an entity by the name of 44B LLC purchased for $7.02 million in April, according to city records.

But simply it doesn’t do to get too familiar, and now, after an evanescent acquaintance, the unit is back on the market for the considerably larger sum of $10.75 million.

Listed with Emily Beare at CORE, the spacious two-bedroom (it clocks in at just over 2,000 square feet) boasts two distinct advantages over the sponsor units lingering on the market (as Bloomberg recently reported, just two sponsor units have gone into contract this year and 25 percent of the building’s units remain unsold). All the other two-bedroom units in the building have been sold out, according to Ms. Beare, and the listing has a new development rarity—actual photos. What’s more, there is furniture in the photos, courtesy of the owner’s son and daughter-in-law, whom Ms. Beare said had decided to leave after such a short residency because of their expanding family.

True, the sparse, modern furnishings don’t exactly make the place look cozy, but even a gloss of habitation at One57 is a distinction that makes the place appear downright liveable. Provided that one has $10.75 million, of course.

Ms. Beare said the owner, a domestic type that the broker declined to identify further, hadn’t intended to sell the unit so fast, but was persuaded by the strong market that now was the time to list.

Whether or not the owner will be able to realize a $3.73 million profit—more than $500,000 for every month he’s been in possession of the pad—remains to be seen. Of the five One57 resales currently on the market, only one has found a buyer, albeit for an impressive $34 million, as The New York Daily News reported yesterday. A tidy profit considering that the owner had paid $30.5 million a few months before, but a far smaller percentage increase than 44B is trying for. Still, Ms. Beare said that she has had “quite a bit of showings.”

“It’s a two bedroom, probably one of the lesser apartments in the building, but still very impressive,” she noted. “Every room has a view.” 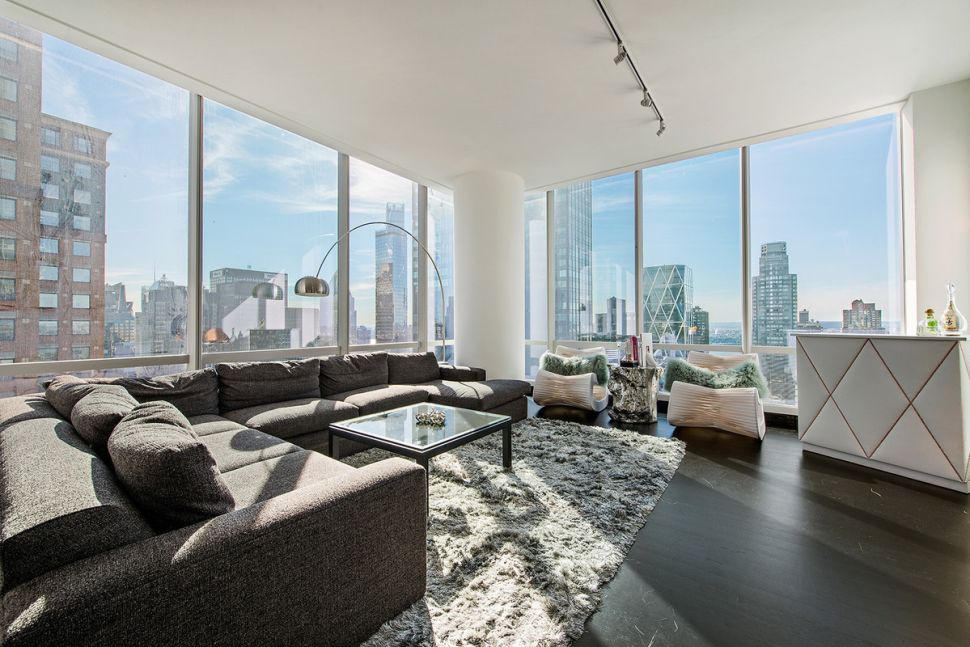