There’s a Yiddish saying that translates to something like “Where there are two Jews, there are three opinions.” That’s especially true when it comes to Jewish publications – no reader’s ever entirely pleased and sometimes they’re ferociously angry. Like when you kind of accuse them of arson.

This afternoon, a nasty fight erupted between Jeffrey Wiesenfeld, a principal at Bernstein Global Wealth Management and a co-founder of the ad hoc group “Stop the Klinghoffer Opera,” and Jane Eisner, the editor in chief of the venerable Jewish newspaper The Forward. The issue? The opera Death of Klinghoffer, of course.

In brief, Mr. Wiesenfeld opposed the opera, which has been accused by some of sympathizing with the Palestinian terrorists who murdered elderly Jewish-American Leon Klinghoffer; others found the opera a meaningful piece of art. Mr. Wiesenfeld gave a quote to the effect that he’d be joining the protesting every night “until the set is burned to the ground.”

Ms. Eisner reported the story in a way that Mr. Wiesenfield felt implied that he personally would consider participating in that burning. It’s a subtle distinction, but the Talmud is all about subtle distinctions in sacred Jewish texts.

Mr. Wiesenfield goes for the jugular, threatening to apply pressure to the sponsors of the Forward, which is run as a non-profit. At that point, Samuel Norich, the President and Publisher of the Forward, gets involved. Ms. Eisner holds up pretty well to the FBI-trained Mr. Wiesenfield’s aggressive approach, but partially backs down and adjusts the article, which satisfies Mr. Wiesenfield. Adding color to the exchange is that Mr. Wiesenfield is associated with Republican politics, having worked for Gov. George Pataki and Sen Alfonse D’Amato, while Ms. Eisner is well-known to be a progressive, in keeping with the Forward’s historical point of view.

Here is the transcript of their back and forth, including the voluminous list of those cc’d, which comprises a who’s who among the Jewish activist community in New York City, plus some journalists thrown in. It reads from bottom to top and appears unedited, except for the removal of email addresses and phone numbers, some trivial grammar fixes, and a couple repetitive email signatures.

It was a terrible suggestion which was implied by the connection she made.

You will no doubt remember the saying “Er zogt di hagode, ober er meynt di kneydlakh,” literally, “he’s saying what’s in the haggadah but what’s really on his mind is getting to the kneydlakh.”

Once you started pointing to the Forward’s not-for-profit status, and threatening to go to those of our donors who know, respect and support you, I realized that you were addressing Jane but you meant me.

This is a conversation I would much rather have with you alone, though I’m skeptical that you’ll now allow that. You and I have navigated a lot of issues together, having agreed on some and disagreed on others, and found a way to continue to be chaverim [friends]. But I’m also ready to have it with all the people on this list being privy to every word. As you will decide.

Meanwhile, let me point out that Jane Eisner already made two changes to both the online version of her editorial, as well as the print version, which went to press, as it had to, ten minutes ago. We can discuss those changes too.

Eager to hear back.

Sir, I don’t know who “would be made to burn it.” I simply quoted you correctly.

Perhaps you think I was referring to you directly in a later statement in which I asked: “Is this how Jews lodge a complaint? By bullying artists, defaming our own leaders and threatening to destroy private property?”

You were not mentioned in that paragraph at all. But if somehow you have made the link and you are concerned that others will, too — even though that is not implied in the text — I am willing to bend over backwards here and clarify this in print and online. This will be done today.

If you want to engage me, I’ll keep you busy and not just here.

Remember that the Forward is a not-for-profit and many donors I know are more generous than I am to the Forward.

Those donors will agree with my account and my position more than yours.

That does not mean that you write in a manner to please anybody.

It means that what you write is in accordance with what the subject said – and in context.

1345 Avenue of the Americas

a unit of AllianceBernstein L.P.

“wishing you health, wealth and the time to enjoy them both!”

I did not call you an arsonist. I did not say that you threatened to burn the set to the ground. I said that you promised to return every night “until the set is burned to the ground.”

I am happy to correct a misquote but I believe that what I have quoted is correct.

Here is the full quote as reported by NPR and the Washington Post:

“You will be made to destroy that set,” Wiesenfeld said at the protest. “We will demand it. It doesn’t belong in this city. We are going to be back here — everyone here and many, many more — every night of the Klinghoffer opera until the set is burned to the ground.”

And the New York Times, quoting you from a previous rally:

“Peter Gelb, before we are finished, we are going to be back here, everyone here and many, many more, every night of the ‘Klinghoffer’ opera until the set is burned to the ground,” Mr. Wiesenfeld said at the rally. “You spent millions of dollars on that set to promote an opera which celebrates terrorists and celebrates anti-Semitism. You will be made to destroy that set!”

Are you for real?

I was correctly quoted in the New York Times AND the Washington Post.

You quoted me as a would-be arsonist.

Please explain clearly what you believe I have written that is incorrect. Did I misquote you? That is not clear from your note.

Subject: Jane – How DARE you?

The totality of my quote is in the Washington Post and the New York Times and you libel me by writing that I threatened to burn a set to the ground, as if I were an arsonist?

I attended the Opera personally and, I met with music experts, Julliard students and read the libretto several times.

You are a dishonest, low-level muckraker for not calling me and then cherry-picking not quotes, which would be bad enough, but individual words.

The inhabitants of the Warsaw Ghetto went only to Treblinka; the Palestinians to Acre and Nazareth.

Even were the Opera devoid of anti-Semitism, it was a boring sleepy-headed, disjointed piece of detritus.

Now – let us opine that John Adams is a great American composer (not my opinion). Why then, would he produce a composition for so loathsome, tedious  and anti-Semitic a libretto by a Jewess-come –Anglican who possesses animus towards Israel? What does that say about Adams?

If his music is so great, let’s hear it at the Philharmonic. Are there no new great American works meriting his presumed genius?

Your journalistic conduct is disgusting.

In any other profession with this kind of dishonesty – you’d be fired.

I have enough witnesses and Forward readers, cc’d above, many of whom were physically present to give lie to your false account.

I expect you will respond, responsibly, in print – irrespective of how you feel about me and I feel about you. John Podhoretz was right. 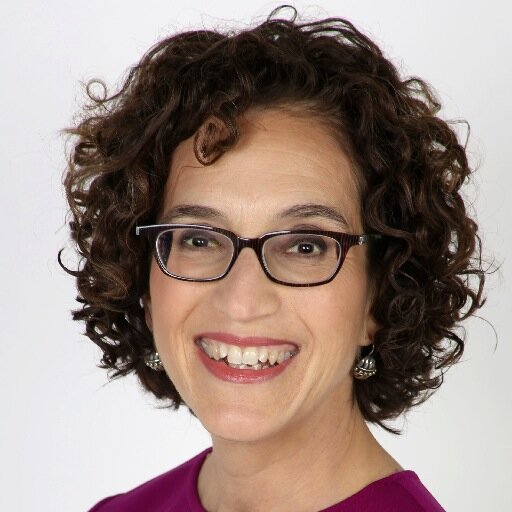