Mr. O’Reilly, as one would expect, was extremely critical of President Obama’s record on foreign policy, but also probed Panetta’s role in the Obama administration. He frequently pushed Mr. Panetta to find out how hard he fought for the positions he now claims to have supported. At one point Mr. O’Reilly asked if Mr. Panetta and Secertary of State Hillary Cinton “Pounded your fists on the table…as I would have.”

The interview began with a question about Iraq. Mr. Panetta’s response  was unequivocal. “No question that not maintaining a troop presence in Iraq…was a mistake. No question.” One of the most striking things about that comment is that if you change the tenses, it could have come out of John McCain’s mouth during the 2008 campaign. As a conservative commentator, Mr. O’Reilly’s focus on that question was very reasonable, but Mr. Panetta seemed to have forgotten that the President asked him to serve in an administration that had been elected on a clear promise to end the war in Iraq.

A few minutes into the interview, Mr. Panetta apparently realized he, who had been an important person in two Democratic administrations, was being interviewed on Fox News and sought to take a more politically sophisticated angle. In response to a follow up question about troops in Iraq, Mr. Panetta responded that President Obama supported the idea but “didn’t fight hard to make it happen.” This was a weak effort by Mr. Panetta to protect both the president and himself.

Mr. Panetta, recognizing that he had backed himself into a no-win situation somewhat lamely responded, “I want him to learn from his mistakes.” It was both a tacit agreement with Mr. O’Reilly and a poor attempt by Mr. Panetta to walk back some of his harsher statements about the President.

Much of the rest of the interview was the pretty familiar fare of conservative critics on Fox attacking the foreign policy of the Obama administration. The difference was that Mr. O’Reilly’s guest vacillated throughout the interview between reluctantly agreeing with Mr. O’Reilly and second-guessing President Obama, and meekly trying to defend his former boss.

The interview, which lasts about 20 minutes, was much more impactful than the regular conservative opinions on Fox News because a former Obama administration official was sitting across the table from Mr. O’Reilly uncomfortably nodding his head. The interview was not good for President Obama, but it is also a bad episode in the career of one of America’s longest serving and best respected public servants.

Mr. Panetta appeared like somebody who could not make up his mind about whether he wanted to attack or defend the president. At times he seemed to speak like a powerful member of the administration, but shortly thereafter as if he had never worked for President Obama. One moment he seemed anxious to show he was right and, implicitly, to protect his reputation, but then immediately realized he is a Democrat on Fox News and tried to protect the administration. Mr. Panetta has been in the public spotlight with ample media exposure for decades, but last night he sounded like somebody who had never been on national television before.

About five minutes before the end of the interview saw perhaps the most intriguing exchange. Mr. O’Reilly asked Mr. Panetta which of the two Democratic presidents he has served was the better leader. Mr. Panetta responded by saying nice things about both but that “Bill Clinton likes politics…Barack Obama does not like that process,” adding this hurts Obama “in terms of getting things done.” This was Mr. Panetta’s polite way of saying the thinks Mr. Clinton was the better leader.

For the Democratic party, the fight between the Clintons and Obama is still not over. As if to further make this point, Mr. Panetta then staunchly defended Ms. Clinton’s handling of Benghazi. Memoirs like those of Mr. Panetta and Ms. Clinton serve many purposes, one is to–fairly or not–distance Ms. Clinton from Mr. Obama as the 2016 election approaches. Critics of the President don’t need a book by either of these former cabinet members to see Mr. Obama’s failings on foreign policy, but listening to comments made by Ms. Clinton and Mr. Panetta in recent days and months, the question that comes to mind is whether Mr. Obama’s biggest mistake was to have the audacity to believe he had ever actually defeated Hillary Clinton. 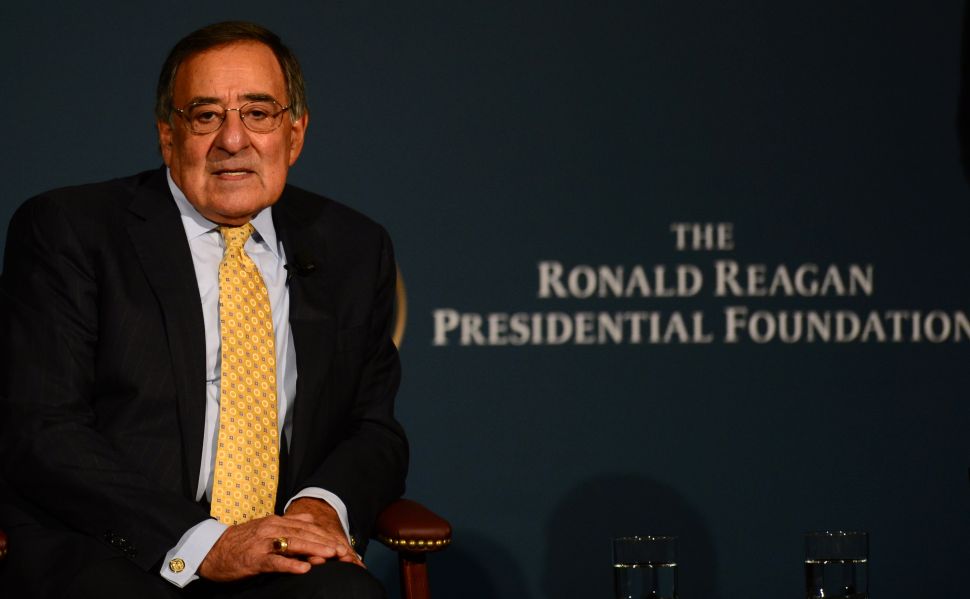