It’s barely 8:30 a.m. when Darek Bell and I take a seat in the back room at Orchard, a BYOB cafe and restaurant on Columbia Street, in Brooklyn. Mr. Bell, the owner of Corsair Distillery, has indeed brought his own, and wishes he brought even more.

“I should have brought my Oatmeal Stout,” he says, unpacking Mosaic and Rasputin, two hopped whiskies from Corsair’s experimental series. “It would have been great for breakfast. It’s almost like Honey Nut Cheerios.”

After placing our egg order, Mr. Bell explains how his time as a home brewer inspired many of his award-winning products. “One of the things we first started with was the idea that whiskey was distilled beer and most of the beer distillers use when making whiskey is very crude,” he says. “It’s not hopped. It’s not filtered. So, what if we started making more refined beers, actually making finished beers?”

Which is precisely what he did with Rasputin, his first-ever hopped whiskey, distilled from Russian imperial stout beer. “Distillation is a translation,” says Mr. Bell, who is the author of two books about whiskey, Alt Whiskeys and Fire . “Some things are lost in translation and some things are amplified. I think it really bears a lot to the original beer.”

In spite of the growing craft spirits landscape into which Corsair entered in 2008, Mr. Bell says he viewed much of his competition as conservative and self-same. “We’ve been kind of shocked,” he says. “Craft distilling was supposed to lend more diversity to the average consumer, but it was actually creating more of a monoculture.”

A monoculture, as Mr. Bell puts it, is ripe for disruption. Embracing a home brewing ethos of ingenuity and innovation, Corsair employed new techniques and cooked with new grains, which easily distinguished its products, once they hit the market. Mr. Bell even used the outside of the bottle to stand out, thanks to a Reservoir Dogs-style label that breaks up the sea of brown on most whiskey shelves.

“From the get-go, we felt the need to separate ourselves. Unlike a lot of craft distilleries, we’re right in the backyard of giants,” Mr. Bell says of his Nashville- and Bowling Green-based company. “If you’re the first craft distillery in Vermont or Montana, you’re kinda unique, because that’s unusual. We couldn’t play that game.”

Another thing they weren’t going to do was produce a standard bourbon or Tennessee whiskey. So what would they make? Mr. Bell, a big fan of peated scotch, had an epiphany. “When we would go through magazines, in general, the older the whiskey, the better it would score,” he says. “But an interesting short circuit to that was smoked whiskies. They tend to perform way better than their age.”

The result? Corsair’s signature spirit, Triple Smoke, which has thrived at award competitions and was even named Whisky Advocate’s “Artisan Whiskey of the Year” last January.

“The age is not a game you can win as a new distiller,” says Mr. Bell, whose portfolio has expanded to include everything from gin and absinthe to quinoa whiskey and pumpkin-spice moonshine. “But if you tell people, this whiskey was made with quinoa, that’s what’s interesting about it, look for the quinoa, this whiskey was made with smoke, look for the smoke, they’ll judge you based on how well you executed that flavor, and not necessarily on the age.”

For inspiration these days, Mr. Bell looks to other brands—usually cult brands—that march to the beat of their own drum. “Red Bull is a perfect example,” he says. “That guy was just a crazy dude; he created a whole category, the energy drink category. To me, it’s quirky, off-beat people that just have a vision and stick to it. Those are people who really change the game.”

When I ask if he drinks a lot of morning whiskey or if this is a rarity, Mr. Bell tells me a story of his time at the Bruichladdich Distilling Academy in Islay, Scotland, where he was shaken from bed at 6 a.m. with a glass of booze. “They’d just have us start drinking instantly,” he laughs. “‘Oh, try this. Try this.’ It was like drinking boot camp. They think Americans are the biggest wusses, and they’re right, because I could not keep up.” 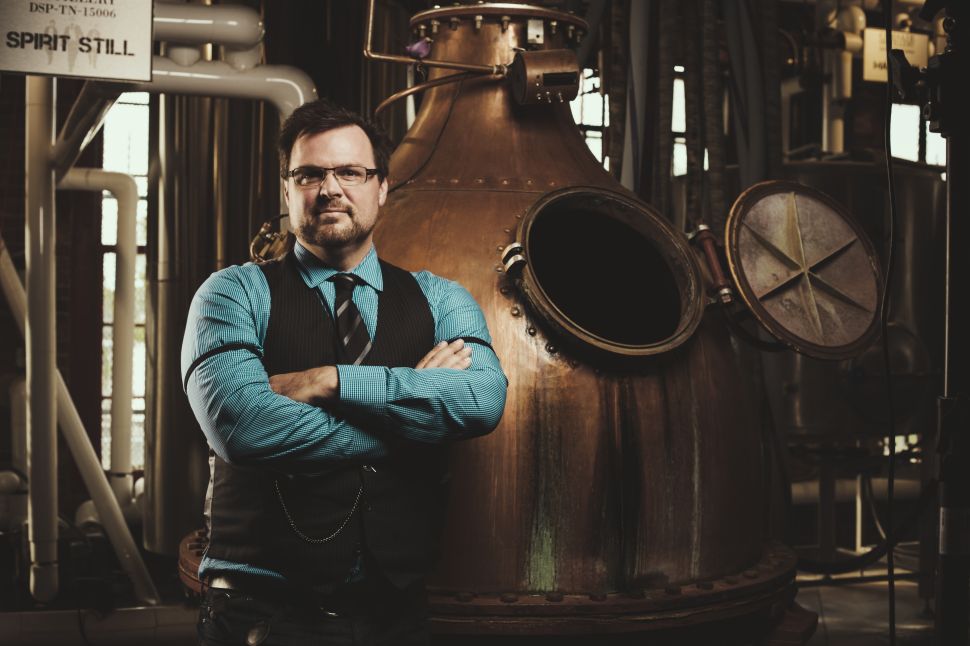