“For us, its about keeping a connection or making a connection with somebody who might be not physically standing next to you,” OhMiBod cofounder Suki Dunham said at the time.

But while OhMiBod is gearing their teledildonic products toward couples, another company, LovePalz, wants to help you have long-distance cybersex with total strangers. The Taiwan-based company is currently beta testing a new social network, called LovePalz Club, that’ll let users set up profiles, connect with new friends they find attractive, and then control those new friends’ sex toys. In other words, it’s a combination of Facebook, OkCupid, Tinder… and actual sex.

When LovePalz launched in 2012, their first teledildonic products, the Zeus and Hera, allowed couples to have long-distance sex with web-controlled sex toys. Soon after, customers started asking if LovePalz could develop a social function, LovePalz spokesperson Viv Lu explained to me over email [all sic].

Signing up for LovePalz is “just like any other social media,” the company said in a release. “Sign up, create an account, post [a] unique profile picture, then find the one you think [is] charming — now you are so ready to begin the adventure of sexual pleasure.” Cool!

Like Tinder, LovePalz Club will notify you when you and another user have both approved each other. “Sending a like will remain unknown, unless you both find each other attractive,” the LovePalz website says.

Once two users connect with each other, “they could have social activities, chatting, video conferencing on our club,” Ms. Lu told me. “But we don’t stop here… we bring the interaction one step further to help them have the the physical touch with our Twist device.”

Here’s where the whole controlling-strangers’-sex-toys thing comes in. The Twist device is LovePalz’s new teledildonic toy, designed to be compatible with LovePalz Club. With separate versions for women ($79) and men ($89), the Twist works for solo use, and is also capable of being powered via the web. From what I understand, once users connect with new friends on the social network — and provided they each own a Twist device — they’ll be able to manipulate the speeds and vibration patterns of each others’ toys.

Of course, LovePalz Club users don’t have to have cybersex with each other. But while sticking to instant messaging and video chatting is an option, “we strongly recommend users should try the marvelous interaction with Twist device at least once,” Ms. Lu told me.

There’s no denying there’s a serious creepiness factor in letting some intangible stranger control a toy that’s in and around your nether regions. I can also imagine the lack of physical intimacy turning people away — after all, even though there’s a person somewhere controlling your sex toy, it’s still kiiiinda like having sex with a computer.

But then again, when it comes to your physical well-being, using a teledildonic toy is substantially safer than venturing back to the apartment of some stranger you’ve just met at a bar. It’s the same reason cam girls say their jobs are comparatively safer than other jobs in the sex industry — no matter with whom you may be interacting, you’re always safe within the physical confines of your own room. And hey, using LovePalz Club, there’s also no risk of unwanted pregnancy or STDs.

Beta testing for LovePalz Club will last until Oct. 12. Ms. Lu insisted the people who’ve tried it “just love it” and are “addicted” to it, and “were even complaining about why didn’t we make this happen earlier.” While it’s certainly not for everyone, I can’t help but wonder whether this might one day be a mainstream option for people in search of a one-night stand. 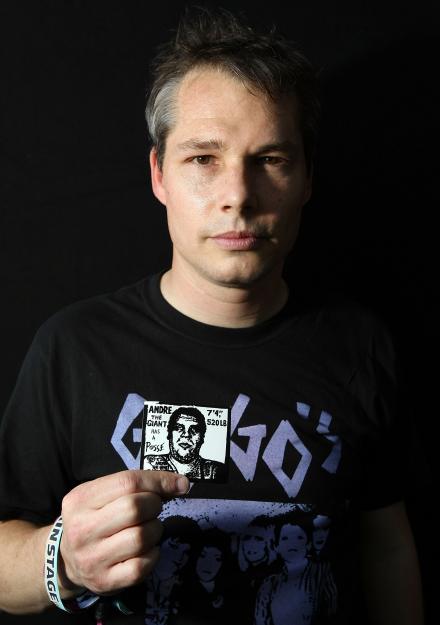