“Mary Burke is running a single-digit race in Wisconsin, where Scott Walker has his special interest backers flooding the airwaves with malicious attacks,” says Menendez in the email. “Still, the polls show Mary can defeat Walker, but only with our help today.”

In his email blast, Menendez also appealed to his supporters to give to Texas gubernatorial candidate Wendy Davis. 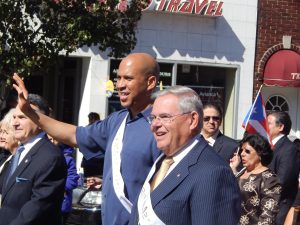