At about 8:45 AM, the pair of tour guides were standing outside the store at Broadway and 48th Street when the strip of metal dislodged from the building’s roof, bounced off the pavement and hit them.

The Office of Emergency Management said that the offending blunt object was a bracket strip that closes panels on the roof. Workers were performing maintenance on a sign on the roof when the incident occurred.

The two injured workers, who are still unidentified, were taken to Bellevue Hospital in stable condition.

The OEM will inspect the building to ensure there are no structural issues. Significantly, the M&M store is owned by an outside residential building company, so the candy makers will most likely not be held liable for injuries.

The deceptively small piece of debris that caused this incident led to an amusing exchange between one reporter and an OEM representative.

When PIX 11 News reporter James Ford arrived at the scene, he looked perplexed.

“That’s it?” he asked. “They took me from Brooklyn for this.” 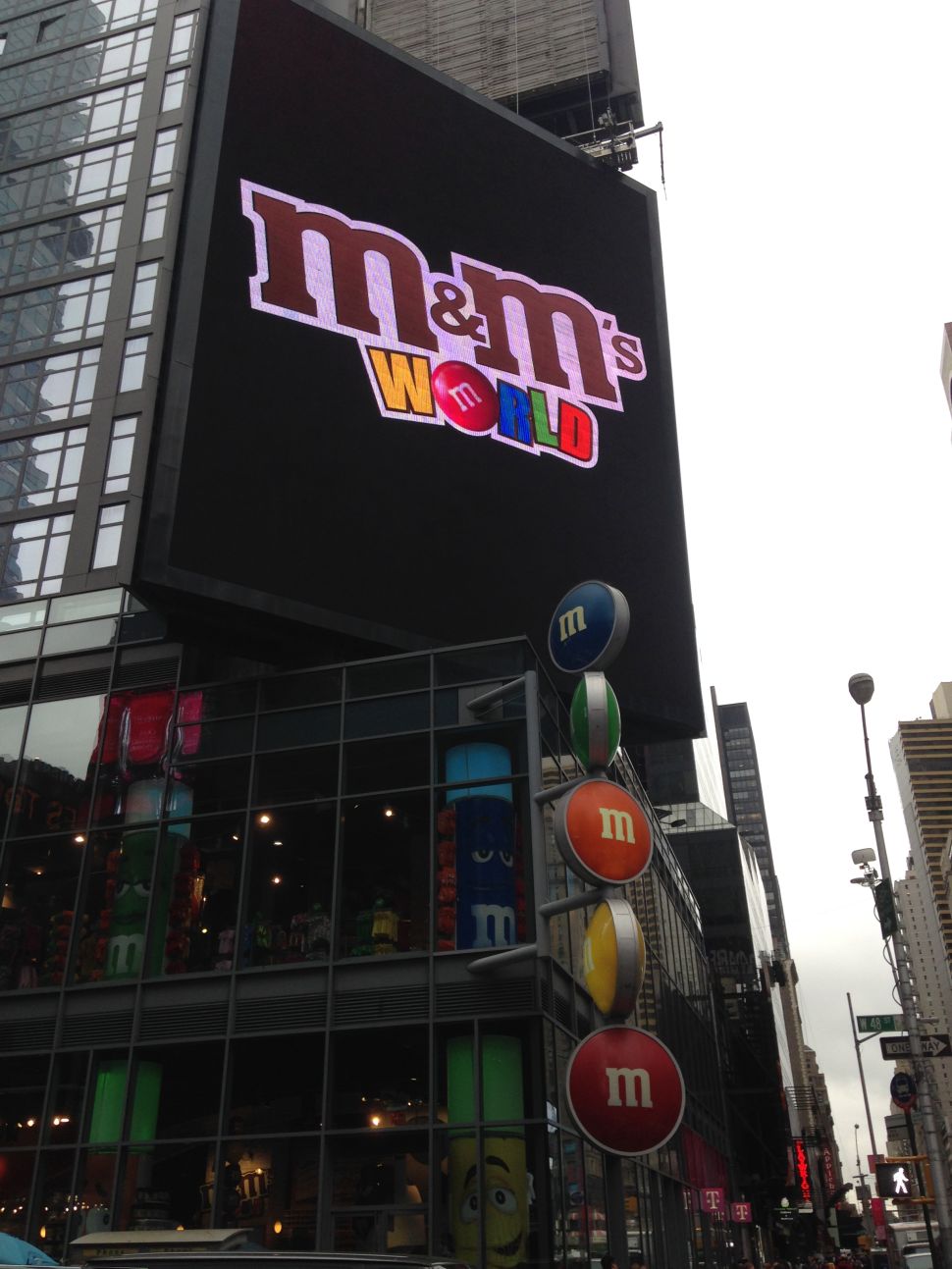