GOP incumbent Frank LoBiondo holds a substantial 21 point lead over Democrat Bill Hughes in the race for New Jersey’s 2nd district House seat, according to the Monmouth University Poll.  LoBiondo is widely liked by his constituents and holds the advantage on key issues in the race.

Among voters likely to cast their ballot in next month’s congressional race, 56% say they will support Frank LoBiondo and 35% will vote for Bill Hughes, Jr.  Another 2% say they will vote for a third party candidate and 7% are undecided.  Republican LoBiondo won re-election two years ago by an 18 point margin even though Mitt Romney, the GOP presidential nominee at the top of the ticket, lost the district by 8 points.

“LoBiondo has held his seat for two decades because of significant crossover appeal in a district that otherwise trends Democratic,” said Patrick Murray, director of the independent Monmouth University Polling Institute.

LoBiondo first ran for Congress in 1992 against then-Rep. Bill Hughes, Sr., father of the current Democratic nominee.  LoBiondo lost that race by 14 points but went on to win the seat handily two years later when the incumbent decided to retire from Congress.

“There is speculation that LoBiondo’s may retire in a few years.  Perhaps the younger Hughes hopes that lightning will strike again and he will have a clear shot in 2016.  Of course, back in 1994, LoBiondo first had to get past a primary race against a veteran lawmaker.  That may also be on the cards for the Democrat next time around,” said Murray.

“To put it plainly, district voters, including many Democrats, simply like Frank LoBiondo,” said Murray.

LoBiondo is also the preferred candidate on a wide range of issues.  These include:

– helping seniors – 39% prefer LoBiondo, 25% prefer Hughes, and 19% say both will perform about equally;

– improving jobs and the local economy – 38% prefer LoBiondo, 25% prefer Hughes, and 15% say both will perform about equally; and

–  doing the right thing on healthcare – 35% prefer LoBiondo, 26% prefer Hughes, and 14% say both will perform about equally.

The Monmouth University Poll also found that 2nd district voters have a negative opinion of both Pres. Barack Obama and the U.S. House of Representatives.  Obama receives an upside down 39% approve to 55% disapprove job rating while the House receives an even worse 17% approve to 70% disapprove rating for its performance.  Voters in the 2nd district are divided on whether they would like to see the Republicans (36%) or the Democrats (30%) control Congress.  Another 32% say party control would make no difference to them. 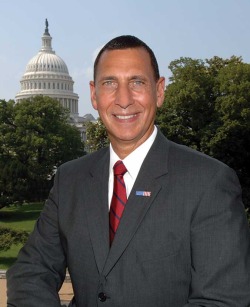