Montclair Democratic Chairman Brendan Gill presided over the opening of the combined Montclair and State Democratic campaign headquarters on Bloomfield Avenue in Montclair on Monday night.

The event, which was attended by an overflow crowd of more than 100 people jammed inside the storefront headquarters at the corner of South Fullerton Avenue, was co-sponsored by the Montclair Dems and the New Jersey State Democratic Committee.

“Where Essex County goes, the state of New Jersey goes,” said New Jersey State Democratic Chairman John Currie. “We will be doing everything we can to ensure a large Democratic turnout in Essex.”

Gill, a Democratic freeholder, is also the campaign manager for the reelection effort of U.S. Sen. Cory Booker (D-NJ). 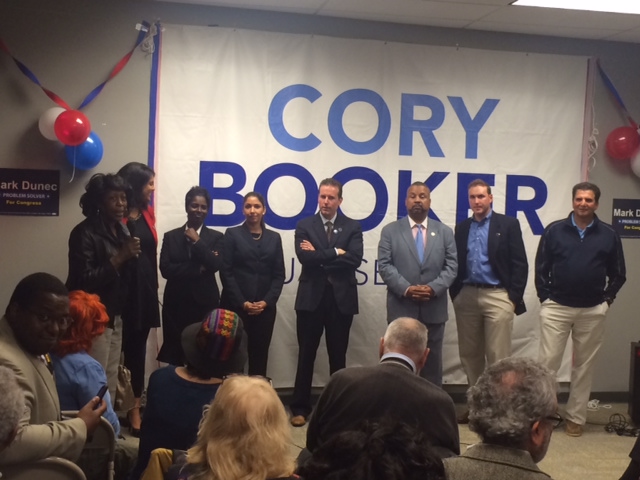