The Assembly on Thursday overwhelmingly passed the veteran Union County assemblyman’s bill, which aims to make New Jersey higher education more affordable by freezing costs for the duration of a college student’s years in school. It is a fitting victory for the veteran Cryan, a favored candidate for sheriff in his home county and likely in his final days as a Trenton lawmaker. (Politicker Staff)

We’re down to almost two weeks remaining before the secular version of Judgment Day. PolitickerNJ has taken a moment to isolate just some (with more to come) of the contests on Nov. 4th and their implications for the primary players of state – and national – politics. (Pizarro/PolitickerNJ)

The leader of the Democratic Party in New Jersey wants the Democratic Congressional Campaign Committee (DCCC) to put resources into CD5. (Pizarro/PolitickerNJ)

PASSAIC – In a basically moribund election cycle, a typically effervescent U.S. Sen. Cory Booker (D-NJ) bounded onstage and attempted to inflate a public mood soured by the weather and jittery with Ebola. (Pizarro/PolitickerNJ)

An overwhelming majority of voters in the most competitive 2014 elections say it feels as if events in the United States are “out of control” and expressed mounting alarm about terrorism, anxiety about Ebola and harsh skepticism of both political parties only three weeks before the Nov. 4 midterms. (Burns/POLITICO)

Voters who intend to support Republicans in the most consequential Senate and House elections this November had significantly less confidence in the federal government’s response to the occurrence of Ebola, according to a new POLITICO poll. (Shepard/POLITICO)

Governor Christie’s itinerary as he travels the country campaigning and fundraising for Republican candidates this year may be the road map for how he might blunt the power of the party’s conservative base if he were to run for president. (Hayes/The Bergen Record)

“With the stroke of a pen, we’ve gone from middle class jobs in this city to working poor,” said Taj Mahal waitress Valerie McMorris. (Flanagan/NJTV)

TRENTON — If Gov. Chris Christie is in need of an advantage in Iowa in the run up to the 2016 presidential sweepstakes, he has a friend in Gov. Terry Branstad. (Arco/NJ Media Advance for NJ.com)

No one can say Farm Sanctuary workers in New York “do little” for their four-legged friends. (The Daily News)

TRENTON — Gov. Chris Christie and First Lady Mary Pat last year made the most money since the governor first took office, according to tax returns the governor’s office released on Friday. (Arco/NJ Media Advance for NJ.com)

TRENTON — What a difference a poll makes. (Friedman/NJ Media Advance for NJ.com)

Wednesday evening I made the trek to Assembly Speaker Vinnie Prieto’s fundraiser in Secaucus. There I had a short conversation with Jersey City Mayor Steve Fulop about the city’s garbage transfer station plans in Greenville. Early the next morning, the mayor emailed folks announcing he was wrong and is no longer for this particular garbage-related issue. (Torres/The Jersey Journal)

Jackson: N.J. candidates flush with cash are happy to share the wealth

Along with spending $537,000 for television and Internet ads and $200,000 for polling and lawyers, Sen. Cory Booker’s campaign sent $85,000 last month to a Washington political fund that’s trying to keep the Senate under Democratic control. (Jackson/The Bergen Record) 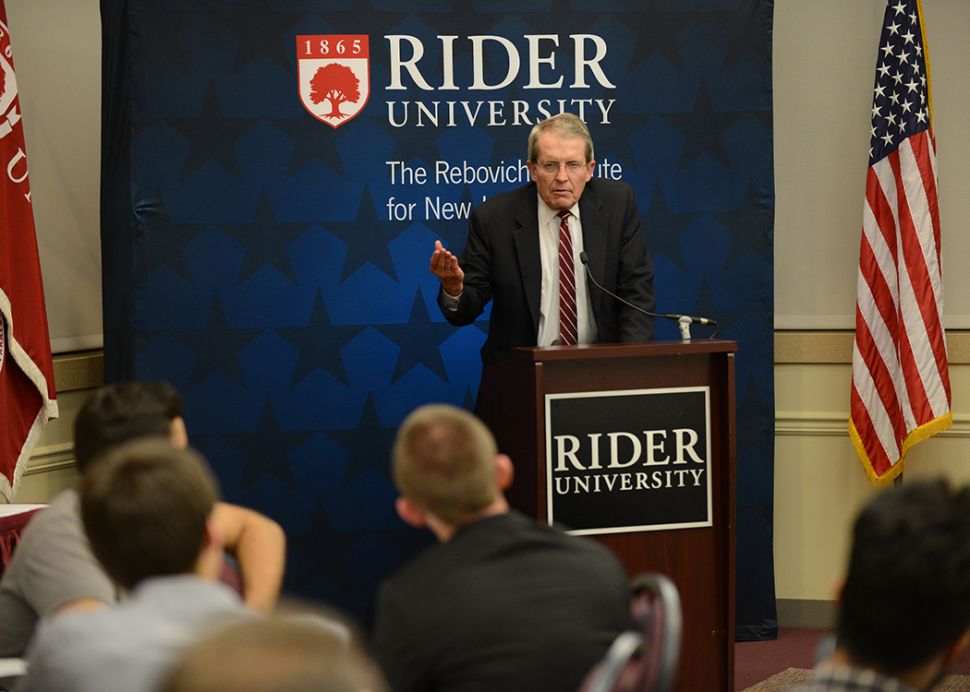