With Jones out front at Democratic chairman’s dinner, DiVincenzo throws down the gauntlet

WEST ORANGE – A couple of rivers removed from Essex, the austere, unmistakable din of Sacco-Prieto-Fulop chest-thumping continued in a buildup reminiscent of “Also Sprach Zarathustra” that for the moment is all timpani and glockenspiel and no horn section. (Pizarro/PolitickerNJ)

CD3: In Runyan’s wake, MacArthur says he’ll serve ‘as long as voters will have me’

PEMBERTON – Tom MacArthur, the Republican businessman vying for an open seat left vacant by outgoing U.S. Rep. Jon Runyan (R-3) in South Jersey’s third congressional district, said today that he plans to stick around longer than his predecessor — or at least as long as the voters in the Burlington and Ocean County-constituted district will let him, should he make it through election day in two weeks. (Brush/PolitickerNJ)

NEWARK – Acting Attorney General John J. Hoffman announced that seven alleged members and associates of the New York-based Genovese organized crime family were arrested today and one more is being sought on an arrest warrant on first-degree racketeering charges for allegedly reaping millions of dollars in criminal profits in New Jersey through loansharking, unlicensed check cashing, gambling and money laundering, including laundering of proceeds from narcotics trafficking.  Three other alleged associates were charged by summons today, bringing the total number charged to 11. (Politicker Staff)

ROCHELLE PARK – The revelation yesterday that the House Majority PAC, which aims to help Democrats win U.S. House races across the nation, is moving its advertising buy from New Jersey’s competitive Third Congressional District race to the relatively safer contest in the First Congressional District spurred a response from a prominent Democratic politician who lives in CD 1. (Bonamo/PolitickerNJ)

In fight against Ebola, MacArthur would have all travelers screened for virus

PEMBERTON – As the Ebola virus continues to ravage West African nations and incite nervous panic in the jittery but by most measures at-low-risk American public, third congressional district candidate Tom McArthur today offered his own assessment of the problem and blasted the federal government for dealing with the crisis “terribly.” (Brush/PolitickerNJ)

Saxton: ‘I’m with our hometown favorite’ for president

PEMBERTON – Jim Saxton, faced with a “plethora” of viable candidates on the Republican side of the aisle, was quick to pick a favorite when asked today who he might support for president in 2016. (Brush/PolitickerNJ)

Former North Wildwood Mayor William “Bill” Henfey has died. According to the City of North Wildwood, the former mayor who served in that capacity from 2006 to 2013 died this morning surrounded by family and friends. (Pizarro/PolitickerNJ)

Governor Christie pushed further into the contentious debate over voting rights than ever before, saying Tuesday that Republicans need to win gubernatorial races this year so that they’re the ones controlling “voting mechanisms” going into the next presidential election. (Hayes, Jackson/The Bergen Record)

Benjamin C. Bradlee, who presided over The Washington Post newsroom for 26 years and guided The Post’s transformation into one of the world’s leading newspapers, died Oct. 21 at his home in Washington of natural causes. He was 93. (Kaiser/The Washington Post)

MADISON, Wis. — The group of female University of Wisconsin students pulled out their smartphones the minute they saw Gov. Scott Walker coming, corralling the Republican into a round of selfies. Wearing a stiff smile and a Green Bay Packers jersey bearing his name, Walker reluctantly obliged. (Costa/The Washington Post)

Most people would not choose to owe Carmine Franco — or his associates — anything. But that’s exactly the situation NJ Transit finds itself in, owing more than $8 million to the family of Franco, a convicted mob boss currently serving time in federal prison for racketeering. (Maag/The Bergen Record)

A year in, Booker sees a way out of gridlock

Despite the gridlock and inaction, U.S. Sen. Cory Booker said he is encouraged after spending a year in Washington and is willing to bet Democrats and Republicans will eventually be able to work together on issues such as tax reform. (Reitmeyer/The Bergen Record)

It was ostensibly an announcement of a new federal COPS Grant for the borough of Paramus but with two weeks to go before election day, the real purpose of today’s event became very clear. (Cruz/NJTV)

N.J. won’t release probe of controversial pension investment until after the election

TRENTON — In May, the New Jersey State Investment Council announced that the state would conduct an audit amid allegations that its investment with a firm tied to Massachusetts Republican gubernatorial candidate Charlie Baker violated pay-to-play rules. (Friedman/New Jersey Advance Media for NJ.com)

TRENTON — Gov. Chris Christie will have spent more than 100 days out of state by the time Election Day rolls around early next month. (Arco/NJ Media Advance for NJ.com)

In the next few days you will hear real sadness from hundreds of people who work or used to work at The Post. I would like to tell you why we all loved Ben Bradlee so much — loved working for him, loved working with him — and why we felt he could make anything possible. (Graham/The Washington Post)

Political Insider: perception is reality and this is why mayor’s chief of staff ‘resigned’

Perception. It is one of the most important words and forces in the political universe. One distinct attribute of perception is that it can be manipulated. It plays well to stereotypical notions and prejudices. Politicians are keenly aware of this when they want to subliminally manipulate people – in a Madison Avenue way. (Torres/The Jersey Journal) 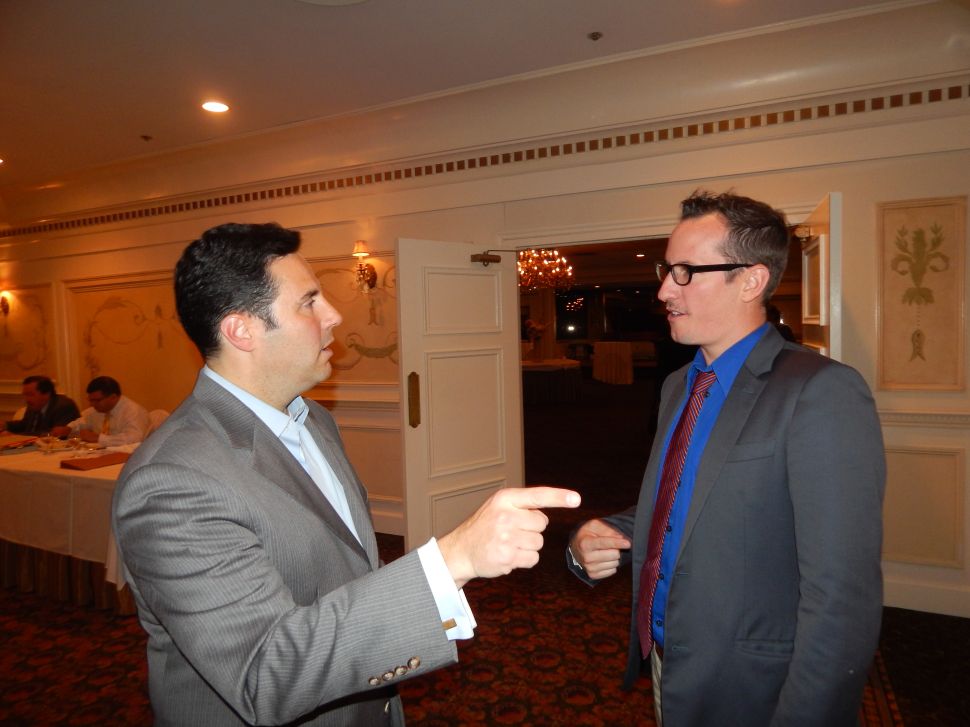