Governor Chris Christie’s job approval has dropped to 41 percent, with 47 percent now disapproving, the worst ratings since March in the wake of Bridgegate, according to this morning’s Fairleigh Dickinson University poll. (Pizarro/PolitickerNJ)

With just two weeks to go before election day on Nov. 4th, candidates in New Jersey’s most competitive congressional races are hurrying to land the last few shots against their opponents or unveil their last ditch get-out-the-vote efforts in time to close the gap and secure their seat in Washington. This is especially true in the state’s second, third, and fifth congressional districts, where three Democrats find themselves in the final throes of campaigning against their better-funded and seemingly better-positioned Republican opponents. But changing involvement from national Democratic organizations has threatened to shake-up the outcomes of at least two of those races — or, at the very least, has resulted in a shift in political intrigue from South Jersey’s third congressional district to North Jersey’s fifth congressional district in the final days of the contests. (Brush/PolitickerNJ)

The rubber chicken circuit role as embodied by a vastly overshadowed Kim Guadagno has politicos quietly re-evaluating the office of lieutenant governor. (Pizarro/PolitickerNJ)

Against the backdrop of a controversial debate on the subject, a Democratic lawmaker tomorrow plans to drop legislation that would alter and empower the role of the lieutenant governor in the State of New Jersey. (Pizarro/PolitickerNJ)

WESTFIELD – With the outcome of three different races hanging in the balance, Republicans in the room had their eyes set firmly on a point two weeks from now. But for those willing to speculate on contests still farther off in the future, last night’s Union County Republican fundraiser carried with it the sort of political intrigue that’s bound to outlast election day on Nov. 4th. (Brush/PolitickerNJ)

Rutgers-Eagleton Poll: AC’s best days are in the past

With shrinking profits, casino closings and layoffs the new norm, nearly two-thirds of New Jerseyans say Atlantic City’s best days are behind it, according to the latest Rutgers-Eagleton Poll. Just 22 percent say the resort’s best days are yet to come, and 15 percent are unsure. (Politicker Staff)

EWING –Neither candidate is a rocket scientist. Rush Holt’s retirement from the 12th Congressional District consigns those ubiquitous bumper stickers to the junk shops of Barnegat and this evening supplanted a stage with two willing candidates coming at the seat in question with very diverse views. (Pizarro/PolitickerNJ)

Sen. Rand Paul (R-Ky.) and Gov. Chris Christie (R-N.J.) don’t like each other. This isn’t “news,” as such; the two got into a feud in July 2013 over foreign policy and government spending and who was better, Springsteen or Rush (probably). (Bump/The Washington Post)

Chris Christie needs to update his stereotypes about the minimum wage

“I’m tired of hearing about the minimum wage,” Gov. Chris Christie (R-N.J.) said during an event at the Chamber of Commerce on Tuesday. “I really am. I don’t think there’s a mother or a father sitting around the kitchen table tonight in America saying, ‘You know, honey, if our son or daughter could just make a higher minimum wage, my God, all of our dreams would be realized.’ Is that what parents aspire to?” (Bump/The Washington Post)

Pascrell, a heavy re-election favorite, discusses wide range of issues in meeting with The Record

Rep. Bill Pascrell Jr. told The Record editorial board he would work on a host of issues — health care for veterans, Syria, the gender pay gap, corporate inversions and others — if reelected to a 10th term in November. (Park/The Bergen Record)

Screeners red-flagged him at the airport and EMS brought the feverish Liberian passenger to an isolation room at Newark’s University Hospital. (Flanagan/NJTV)

ENGLEWOOD CLIFFS – A state environmental group has waded into the borough’s already heated council election, accusing Democratic incumbent Gloria Oh of wanting to “destroy” Englewood Cliffs with high-rises and encouraging residents not to vote for her. (Lueddeke/The Bergen Record)

Former NJ Senate candidate starts PAC for Republicans who are young, women or minority: the Auditor

TRENTON — New Jersey hasn’t heard the last of Brian Goldberg. Or maybe New Jersey will be hearing about him for the first time. (The Auditor/NJ Advance Media for NJ.com)

Sometimes I wonder if Gov. Chris Christie says these things just to drive his detractors crazy. If so, give the man his due. He’s good at it. (Moran/NJ Advance Media for NJ.com) 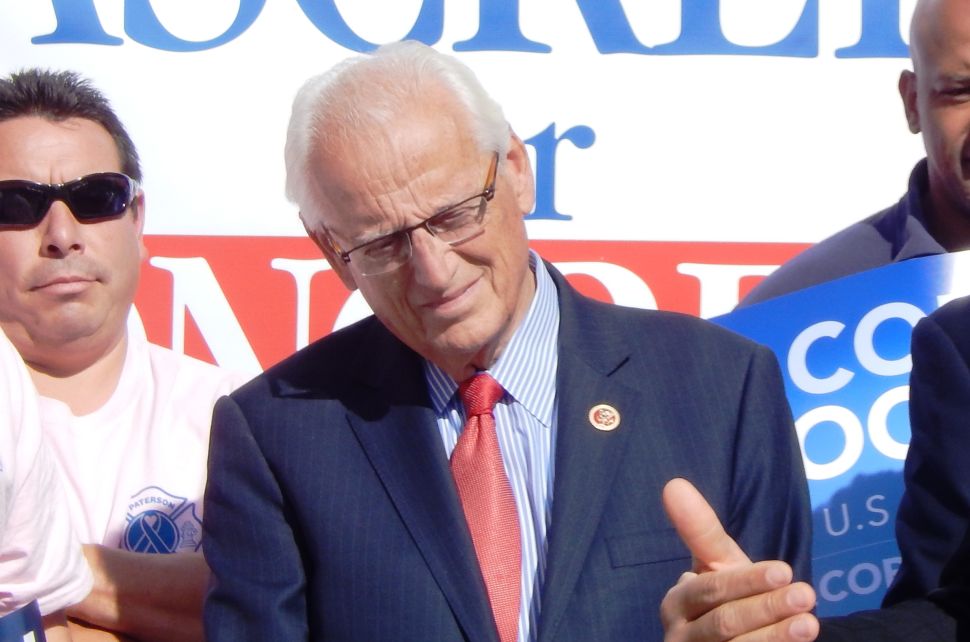