It was a cast of power brokers straight from the farthest reaches of New Jersey, yet the object of everyone’s attention was not present. (Pizarro/PolitickerNJ)

Three School Board elections on Nov. 4th in some ways have far more political import than a series of mostly gerrymandered federal contests. (Pizarro/PolitickerNJ)

Bergen Dems rally for Tedesco and Cho in Carlstadt

CARLSTADT – As planes few in overheard to nearby Teterboro Airport on Thursday night, the Bergen Democrats streamed in to their annual Hall of Fame Dinner at the Il Villaggio restaurant in Carlstadt. Besides saluting this year’s honorees, they came en masse to support the Democratic standard-bearers in the two biggest Bergen County races, to be decided in 12 days: Freeholder Jim Tedesco in the Bergen County Executive’s race, and Roy Cho in the Fifth Congressional District contest. (Bonamo/PolitickerNJ)

Christie clarifies voter mechanism comments: ‘I was talking about Republican governors being in charge’

BORDENTOWN –  Gov. Chris Christie, appearing at a campaign stop with Republican congressional candidate Tom MacArthur in South Jersey this afternoon, was quickly bombarded with questions from reporters seeking to clarify recent comments he made at Tuesday’s Chamber of Commerce event in Washington, D.C. (Brush/PolitickerNJ)

NEWARK – A labor rally on the Rutgers-Newark campus on Thursday called for Rutgers University leadership to quickly settle its contract with over 20,000 university workers, as well as keep the university’s focus on academics rather than athletics. (Bonamo/PolitickerNJ)

New Jersey Senator Cory Booker is likely to coast to re-election next month. He’s way ahead in the polls against conservative businessman Jeff Bell. (McQuade/Philadelphia Magazine)

Rep. Scott Garrett said Thursday that a new train tunnel should be built under the Hudson River “sooner rather than later” because the potential closing of one or both of the existing tunnels owned by Amtrak “would be a nightmare.” (Jackson/The Bergen Record)

Frustrated by Governor Christie’s move to take New Jersey out of a multistate program aimed at reducing greenhouse gas emissions, Democrats pushed ahead Thursday with their latest plan to challenge the governor on climate change. (Reitmeyer/The Bergen Record)

N.J. legislation would limit power of governors over Port Authority

The governors of New Jersey and New York would have significantly less control of the Port Authority under a far-reaching law proposed Thursday that aims to address problems at the agency exposed by the George Washington Bridge lane closures. (Boburg/The Bergen Record)

Governor Christie worked Thursday to define his comments on the minimum wage and voting rights that sparked intense criticism after a speech in Washington D.C. earlier this week. (Hayes/The Bergen Record)

Labor chief: Christie’s ‘got his head in the sand’

TOMS RIVER – Almost two years after superstorm Sandy, Gov. Chris Christie came to town Thursday to herald the milestone that more than $1 billion has been earmarked for housing recovery such as the Reconstruction, Rehabilitation, Elevation and Mitigation program. (Larsen/The Asbury Park Press)

Does Chris Christie have Scott Walker’s back?

Is New Jersey governor and Republican Governors Association chairman Chris Christie undercutting Wisconsin governor Scott Walker’s reelection effort? That’s a question a number of influential Wisconsin Republicans have been asking behind the scenes over the past week after an October 16 Associated Press report indicated that Walker and his allies were being outspent by Democratic challenger Mary Burke and her allies. (Hayes, McCormack/The Weekly Standard)

CD12 race to elect first woman to Congress in years

Voters face a stark choice in New Jersey’s 12 Congressional District, where almost the only thing these two candidates have in common — is gender. But that’s important — because Republican physician Alieta Eck or Assembly Democrat Bonnie Watson Coleman — will be one of the first women elected to Congress from New Jersey in almost 15 years. Analysts see a political catfight. (Flanagan/NJTV)

Like many questions that end up on the ballot, it’s a contentious road to get there. Funding for open space is no different. The referendum is asking voters to approve or reject dedicating up to $4 billion over the next 30 years to preserve open space. (Vannozzi/NJTV)

A department that will soon be under the control of a federal monitor is facing a new challenge as Mayor Ras Baraka proposes changes to police compensation packages that will mean cuts to many long-held cop perks. But the mayor said today the changes will result in more cops in the department. (Cruz/NJTV)

TRENTON — A conservative group next week will launch a campaign against a ballot question that would permanently dedicate tens of millions of dollars a year to fund land preservation in New Jersey. (Friedman/NJ Media Advance for NJ.com)

TRENTON — Gov. Chris Christie will appear on “Fox News Sunday” this weekend for an interview with Chris Wallace, marking an end to a nearly year-long exile from the Sunday morning public affairs chat orbit following the fallout of the George Washington Bridge lane closure scandal. (Brodesser-Akner/NJ Media Advance for NJ.com)

All year long, members of the Hudson County Democratic Organization have been trying to convince me that I should change my second moniker for their political party, “HCDeadO,” in my writings.  Sure, there is some hope for a reversal; but Tuesday evening’s partisan gala, a rally for the upcoming general election, spoke to several reasons why it’s not time. (Torres/The Jersey Journal) 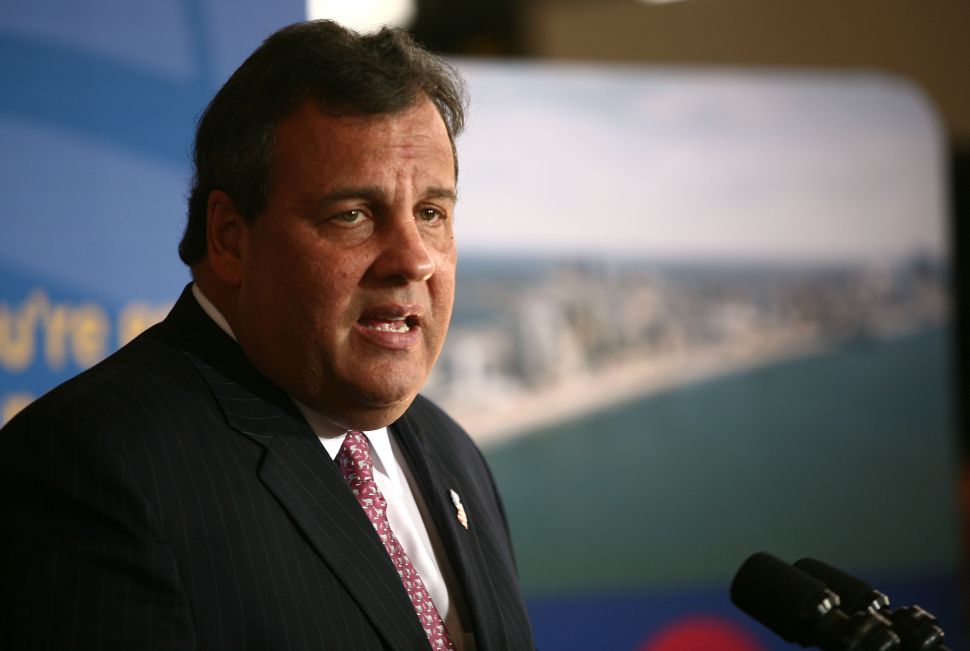